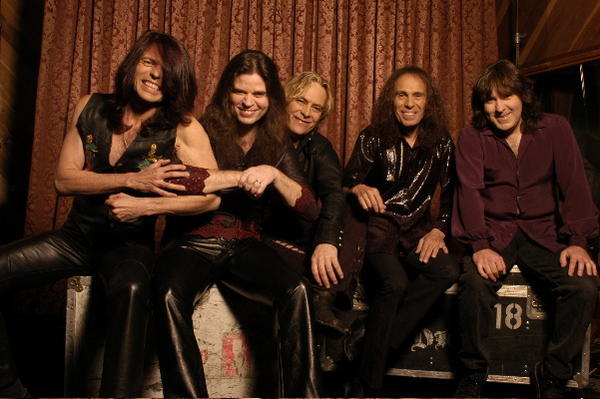 Please note this interview took place before it was announced in November 2009 that Ronnie James Dio was diagnosed with stomach cancer. Everyone here at Blistering.com wishes him a quick and full recovery. Long live rock and roll.

“Nostalgia is nice for some people I guess, but it’s not very progressive. It doesn’t get you anywhere,” states legendary vocalist Ronnie James Dio. “All you do is sit around [going] ‘remember the days that…’ but you still have to face the next moment, which is a recession, threat of nuclear war, terrorism. So live in reality. If we [Heaven & Hell] didn’t do ‘Heaven & Hell’ we’d probably be pelted with shit, but to me it’s not nostalgia, it’s part of your career, which still has wheels and is going forwards. So nostalgia’s cool but to live on it for some reason bothers me. Apart from Pink Floyd. I could hear them do that stuff forever.”

Despite being the man credited with introducing the devil horns (which if you haven’t thrown you shouldn’t be reading this interview) and playing on at least three all time classic albums (Rainbow’s Rising, Black Sabbath’s Heaven And Helland Holy Diver) Ronnie James Dio remains not only humble about his achievements but also very much focused on the future.

“I was fortunate enough to finally find the kind of music I really wanted to play. The first band with which I had some kind of notoriety was Elf [1970-1975)] and with the way our piano player played we were more of a honky-tonk band than anything else and it’s not really what I wanted to do,” the diminutive singer explains. “When I had the opportunity to be in Rainbow, the writing style and Ritchie’s [Blackmore] style was a lot more conditioned to what I wanted to do, which was a more fantasy, doomy place. So that allowed me to do that and then to find a vehicle like Sabbath to be in, to allow me to fulfil my darkest moments, that’s where I wanted to go. So the combination of all those things as they went along led to what Dio [the band] was, because that was a combination of the two things. The albums I did with Dio after Dehumanizer(1992) became a lot heavier because I was used to playing with that hammer behind me.”

In 2006, Dio rejoined forces with Sabbath mainstays Tony Iommi (guitar) and Geezer Butler (bass) with whom he’d recorded 1980’s legendary Heaven And Hellalbum. They could easily have continued to make a living off that track alone, but rather than resting on their laurels the trio, along with Dio drummer Vinny Appice, have persisted in pushing forwards while adopting the name of that brilliant anthem as their moniker. The desire to keep creating resulted in initially two brand new songs on the Black Sabbath: The Dio Years compilation and followed closely with The Devil You Know” full-length, Something Iommi and Butler couldn’t manage with Sabbath’s other, more famous singer and that drive is exactly where Dio differs from the double O.

“It was so easy that I think we felt kind of guilty at the end of the day that it took as little time as it did,” he says of the writing and recording of Heaven And Hell’s 2009 release, The Devil You Know. “This album was something we needed to do to show one more time just how good this band was from its first album to its last album. We really did it for that reason.”

When recording Dehumanizer at the start of the 90’s things were different. “All the process was dark and gloomy and disjointed,” says RJD. “Writing here and there, recording here and recording there. You had to have been there to know what I’m talking about and I don’t want to go into that kind of explanation because it’s neither here nor there at this point. But I think it’s one of the best album’s I’ve ever been a part of to tell you the truth. I think it’s an absolutely brilliant album. I love that album.”

“It’s always nice to be appreciated for what you’ve done,” Dio admits after confirming he’s also writing two more Magica albums, “but it’s probably a lot nicer to be appreciated for what you’re about to do. In my mind it is anyway. I don’t like to look too far back over my shoulder. I’m happy with all the things we’ve done and whatever they are I can’t change them, so they’re going to be what they’re going to be. That’s why I progress thinking in terms of ‘let’s write more music together, perhaps we’ll hit upon that one track that’ll be the greatest track we’ve ever written.’ By having that kind of an attitude, that’s the best attitude in my estimation.”

That he remains such an ambitious individual should stand him in good stead during his current battle with cancer. Let’s hope that when Dio does finally decide to hang up his microphone for good that it’s by his choice alone. Look out! 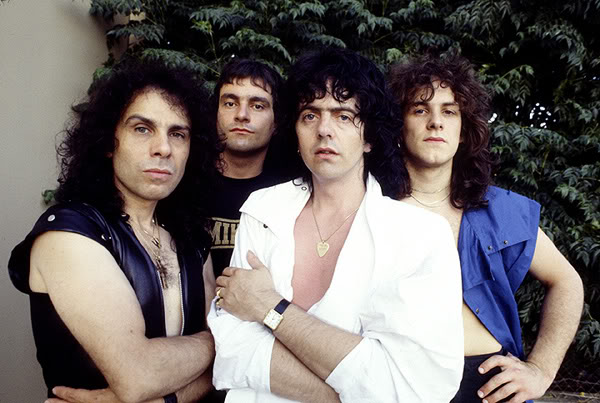