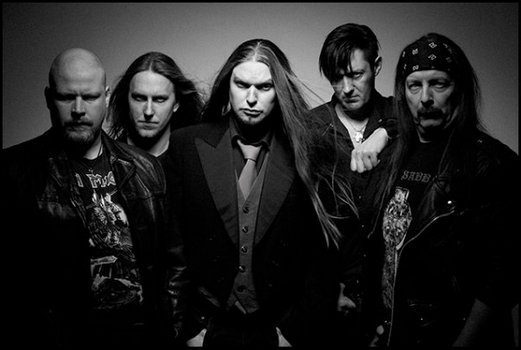 Dead Rhetoric: Where do you see the state of heavy metal across Denmark in comparison to other parts of Europe and the world? Are there specific styles that most consumers gravitate towards, or is there a healthy interest in old school versus new school approaches?

Dahl: The latter I think. Nowadays I think it’s become more accepted and cool to be into whatever you like, whether it’s old school, 80’s style heavy metal, 70’s doom sludge thing, groove metal. I’ve always found that Scandinavia is a funny place for metal – obviously Norway has always been delivering the black metal, and Swedes have always been delivering the melodic death metal, whereas the Danes have not known what to do. We’ve been delivering a lot of death metal in the past, but all of a sudden we have more melodic bands showing up, or bands that evolved from the death metal scene. Volbeat came from Dominus and the death metal scene, or at least Michael Poulsen did, so I think that all in all in that process people became alright with the fact that you could change and it would be alright for you to try out different kinds of genres in the landscape of heavy metal. It’s healthier now, because people are more concerned with staying true to what they like and being true to that then they are trying to aspire to a certain kind of style. When I started playing and singing in the 1990’s, the scene was mostly death metal, people asked me if I had a problem with my voice because I didn’t growl. I can growl, but I didn’t want to do that because I preferred not to. It’s definitely loosened up a bit now, I hear more singers doing what they want to do now, which I think it’s great.

Dead Rhetoric: Because of your clean, melodic delivery, does that mean you looked to bands like Pretty Maids and D.A.D. for where you wanted to go musically?

Dahl: No, not that much. I definitely liked their albums, and (have been) lucky enough to meet both bands afterwards and realize they are both great guys, that always helps. In terms of singing, I always gravitated to the British heavy metal bands. Bruce Dickinson, Rob Halford, Ian Gillan, guys like that- and Ronnie James Dio. I didn’t listen to Danish bands in that sense, I wasn’t finding inspiration that much in Danish singers. Maybe subliminally, I don’t know.

Dead Rhetoric: What goals do you set for yourself personally that you would like to achieve over the next three to five years – especially when it comes to your music career? Are there specific bucket list items you would like to do, see, or achieve?

Dahl: Yes. I have a solo album written which I would love to record and work with. That would be treading new ground and it would be a very frightful experience, I’ve never done that. I’ve always been in a band so to speak and have people to lean on, I think that would be interesting for me to do. I would love to see more activity in Artillery for 2019 – at the same time, we are taking a short break because I’m very close to becoming a father. That will be another thing that I have to dedicate a lot of my time. I would love to combine the two- if I’m ever lucky enough to make a living entirely off of music, it would be wonderful for me to do that in the next four or five years. I would love to make a live DVD or Blu-Ray release- I would love to really get the opportunity to show people what I can do on the screen, you know? Maybe I’m sounding a bit overambitious or greedy, I’m going to stick to what I can do and aim for the goals that are within the framework of possibility.

Dead Rhetoric: In another interview I’ve heard, you’ve mentioned a love of American writers like Stephen King, Edgar Allan Poe, and Anne Rice among others. What are some of your favorite books/memories surrounding these writers?

Dahl: Oh, that’s a tough choice. The Stand from Stephen King, that’s one of the books I love the most- but Bag of Bones is an awesome book as well. The whole Dark Tower series is amazing. Edgar Allan Poe, it’s tough to make a choice because he’s always a guy that you simply delve into and it’s hard to leave because it’s a kind of black happiness, dreary melancholy kind of feel. I wouldn’t say any particular story by Poe because I think his poems are wonderful too. Anne Rice- The Vampire Chronicles, I love The Mummy as well. She’s a completely different ball game as far as I’m concerned, she’s more oriented about the romance, the sensuality, the love of the undead that you don’t find within Stephen King. The diversity is awesome. If I have to mention someone else, H.P. Lovecraft is amazing. George R.R. Martin- who cannot mention him, he’s an amazing writer as well. There’s plenty of good stuff out there, people.

Dead Rhetoric: What worries or fears do you have about the world that we live in today – that you think people really need to be concerned and plugged into for the future?

Dahl: I’m very concerned in a general basis. I can’t sleep at night if I think too much about it. I know that nowadays people are trying to have this buzz around the good news and positive news, and remain hopeful for the future. I think the whole environmental crisis is affecting me deeply. I hate to think about the world as being a place devoid of the bio-diversity that we once had. I’m completely convinced that when I’m in my 70’s we are going to look back at the past as being ‘oh- do you remember rhinos and giraffes, all kinds of animals’. They may become extinct, and I hate to think about that.

Also politically, nowadays things are heating up and I don’t think we need that. We need a little bit more unity. There’s a lot of stuff going on that I think is being kept away from the real news. People are used as tools now to fit in the puppet game of politics. It’s disgusting, I have to be honest about that. It’s hard to be a young person and know that you are being manipulated on a daily basis from all kinds of angles. You are taught to fear, and it’s hurtful for mankind and community that we are being fearful of one thing or the other. We should trust each other some more, that things are going to be alright but we have to help each other out. It’s not necessarily going to be everyone holding hands, we just have to figure out our area of influence and stick to the idea of remaining tactful. That goes for every politician on earth, we have to take care of the idea of peace and progress of our planet.

Dead Rhetoric: What’s on the horizon for Ripe and Artillery over the next twelve months as far as shows, activities, songwriting, recording, etc.?

Dahl: The documentary for Artillery is still in the works, that’s something that we have to focus on now as well. What we want to do is start the whole process with the documentary thing when we are recording the new album in July. We will play gigs around September, I think we are going to do a Scandinavian tour – we are taking into consideration that I’ll be a new father. The next year we are going to try to do South America, Japan, and Asia on a bigger term. Australia wants us to visit as well, and I would love to go to Australia. Next year regarding Artillery will be more live gigs, more touring, and finishing off this documentary, and putting in some live recording material as well.

Regarding Ripe, we will try to find some gigs now and do a small tour to support the album. We might start writing some more songs, I have some stuff written already. It’s going to be nice and easy, slow and easy, we will see what happens. We want to finish the writing process not too far in the future. 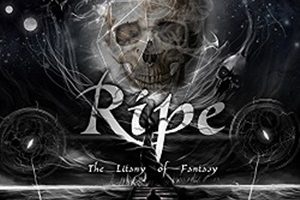