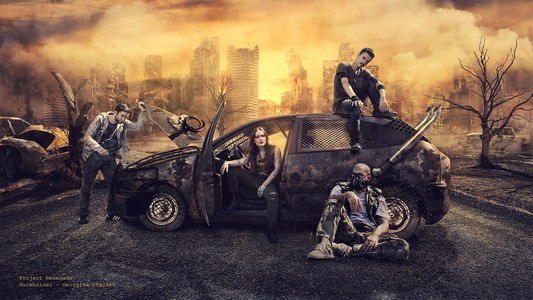 Bands that seem to have a clear vision and idea about themselves and their music out of the gate is more of a rare thing. With easy access to recording equipment and technology, sometimes the option of putting out music and fleshing the details later trumps the idea of initial development. Don’t be quick to lump Greece’s Project Renegade into that category though, who already have a solid grasp on who they are and what their approach should be.

Their first release, Cerebra, is all the stronger from it. Taking bits and pieces from several different categories, Project Renegade may take familiar elements but they have made a sound that already sounds distinct from many bands out there. Particularly bands with only one release to their name. Hearing the promise in Cerebra, we decided to reach out to vocalist Marianna Florou to give us some additional details about this up and coming act.

Dead Rhetoric: Where did the band name come from?

Marianna Florou: When Ody and I founded the band we had something on our minds as to where we wanted to go musically. We were very clear from the beginning that we wanted to write our own music and we knew how we wanted to sound, even what type of guitars we wanted to use. So the band started as a duo project and not as a full band, hence the first part of our name. The “Renegade” reflects our mentality as a band. We observed certain patterns and behaviors in people and musicians, some stereotypes if you like, which always made us furious and disappointed. We want through our music to tell people that there is another way and you don’t have to follow the same steps as everyone around you, that people can think and live beyond what’s expected and what is trending. That there is always an alternative and that you can stand up for what you believe despite what the majority may think.

Dead Rhetoric: Any reasoning behind the layout/design for the band’s name, which includes brackets, a semicolon, and a period?

Florou: When we were talking with our graphic designer about the artwork of our album Cerebra, we told her that we wanted our name to have a “code-like” or “computer-like” look. She presented us several ideas and we really liked the one with the brackets etc. Also, taking a closer look, you can see that the letters are kind of cracked and blurry, as if a virus has infected the computer. We really liked that Matrix –inspired visual for our first work!

Dead Rhetoric: How would you describe the sound of Project Renegade to someone who is unfamiliar with you?

Florou: It’s a funny thing because we have been described by various people as nu metal, gothic metal, progressive metal, symphonic and a few other genres. Our music has many sides because we as a band and as people have many sides and that is reflected to what we write. There are the heavy parts and there are the melodic and atmospheric parts and generally there is always a bit of both of those elements in our songs. We love to experiment with electronic sounds and samples and we also love big orchestrations and you will find those elements in our music too. Throwing around the label of alternative metal as an umbrella term is just a convenience because we don’t fit 100% anywhere. What you’ll hear is heavy, groovy, with dynamics and melodies that can deliver our message to the listener in a direct way.

Dead Rhetoric: You did a video for the song “Pressure.” Any memorable experiences from the process?

Florou: We had a blast doing the video, mainly because of the people from “The Méta Project” who directed and filmed the video. We laughed a lot and enjoyed the whole procedure very much! An experience that no one will ever forget was how we almost got locked up in the location where the shooting took place. The video was shot in an abandoned factory that was nevertheless protected by a fence with an automated door that closed during the night. Since we had no permit to go there and shoot we didn’t know that and found ourselves locked inside, with our cars and gear cause we were shooting until really late. Hadn’t it been for a passing vehicle with a guy who had keys, we would have spent the night there for sure!

Dead Rhetoric: Have you found that the Cerebra EP has been successful in getting your name out there?

Florou: Cerebra was never meant to be an official EP. We started it out as a demo, as a first taste to get some small feedback from our inner circle. But after recording drums we were left with no members, save for Ody and me. So we decided that we wanted something good in our hands in order to present our music to the world in the best possible way and to attract new band members. And that’s when we turned around the whole production because we wanted a professional album in our hands, something that could not have been achieved without the help of our sound engineer Dimitris Misirlis from Matrix Recording Studio Athens. And that bet paid off up until now and we are very grateful that it is going so well and has such positive feedback in Greece but also worldwide. Because of Cerebra and the support of people we have a growing fanbase that paves the way for our next endeavors. It’s also really great to have your own songs to play live and to see the reaction of people in real time. We feel very lucky so far!

Dead Rhetoric: How much progress has been made towards new material for a full-length?

Florou: We have a lot of things done already in the pre-production stage. Right now we are making the arrangements of the songs, some vocals and we have to work on some parts for our 2 last tracks that will make it to the album. We expect to hit the studio late 2017 or early 2018 to record 8 or 9 songs and we are at an exciting place creatively right now.

Dead Rhetoric: The band’s press picture is very apocalyptic. Were you trying to avoid doing the usual collective band photos? How important is the visual aspect of the band to accompany the music?

Florou: We have a very specific vision behind our band and our music. There are so many photos out there with the band members crammed together and the singer in the middle, which is quite boring. We wanted to have fun and play a little so we decided to do something different. We love the post-apocalyptic visual, fashion and movies so we said let’s do that. The visual won’t make the music, but it can surely attract people in order to find your music. That’s why we wanted something out of the ordinary and unexpected. Also we believe that if you give your fans a visual, then it should be memorable.

Dead Rhetoric: Do you aspire to sign to a label for your first full-length or do you want to use it to ‘prove yourself’ so to speak?

Florou: There is nothing badass in being unsigned nor do you prove something. You just spent every dime from your own pocket and unfortunately it takes a lot of money to have a good record. Of course we want to be signed and that is something that we are actively looking for. We want though to consider our options in order to make the choice that suits us best and that’s why we take our time.

Dead Rhetoric: What goals would you like to see the band accomplish in the next few years?

Florou: We want to record and promote our full-length album firstly. We are aiming to do some good shows and tours abroad in order to increase our fanbase and to play someday in the big festivals. All of that need a lot of work but we are really encouraged by the support of the people. A wish that is always in the back of our minds is to record someday with a live orchestra.

Dead Rhetoric: How much experience has the band had with the live setting to date?

Florou: Although as Project Renegade we are fairly new to the stage, individually we are professional musicians and have a lot of stage experience. Of course there is a lot of experience to be gained in the future and the live show is something very important to us because we want the audience to say that they witnessed a good and dynamic show, with a lot of headbanging and stage action.

Dead Rhetoric: What’s your take on the metal scene in Greece?

Florou: The metal scene in Greece has a lot to give and lately we see many bands getting recognized in an international level. There are really good productions and musicians that can easily hold their ground in the international music scene. The bad thing here is that we have trending music genres and that means that the action and fuss is mainly about the current flavor of the month. Bands are being created not to play the music they like, but what’s trending right now, shows are booked exclusively between bands that play the music genre that is currently popular etc. We really hope that as the scene is growing bigger and better that this mentality will change.

Dead Rhetoric: What’s your plan for the next few months?

Florou: Right now we have a bit of a bipolar situation going on. One week we work as crazy with arrangements, preproduction, lyrics etc. and the next week you will find us on the beach just relaxing. This program is gonna go on until September because it is summer after all! However, we are booking the shows for the following season and as I said the next months will be all about recording, recording, recording! 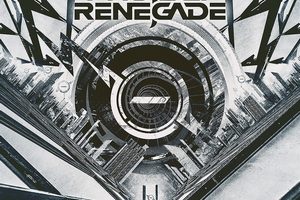