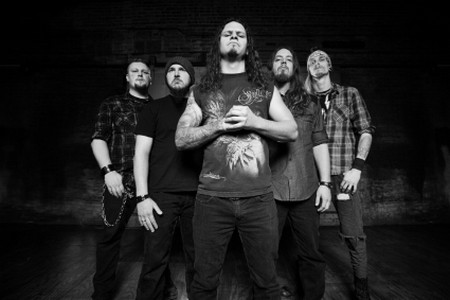 Dead Rhetoric: Looking at the album itself, “Perry Mason” is a bit more melodic. What were you going for with this track?

Gilley: Originally, I think it was Gene that wanted to do a cover song. We’ve always done “Shout at the Devil” by Motley Crue and I brought it up, but he wanted to do something different – something that would show some diversity. So I busted my butt practicing those singing parts for “Perry Mason.” That was something that I wanted to do. I wanted people to know that we are capable of more than just screaming. I saw in a review just recently and it was spot on – that the song showed that we were capable of [more than just screaming]. I also don’t want to put out an album that is just brutal as hell, and then four albums later I am deciding to sing some clean tracks. Then I’m that guy who is catching slack and people are telling us we turned into a bunch of pussies. We are going to give you everything so that you know what you are getting with us. I like “Perry Mason” a lot; it’s one of my favorite tracks on the album just in the sense that it shows a different side of us. I’m sure we’ll be doing more songs like that in the future; we got our feet wet with this one. Even “Monster,” there’s that clean singing in the chorus. Like I said, I want to incorporate everything I can do in my music. I don’t want to be limited, but I do want to do it in good taste.

Dead Rhetoric: The big question always is, “how do you try out something new while keeping your established base happy?”

Gilley: That’s very true. I don’t want to turn into the band that gets very light. Over time, the songs get lighter and lighter. If for some crazy reason that were to happen, it’s not because I choose to, it’s because I literally can’t do what I used to do. That’s the only way that would ever happen – if my voice got so ruined that I couldn’t do what I used to do. But my voice is strong as hell; I do what I do and I don’t ever plan on changing my style. I want to that respected band 30 years later that kept their sound and didn’t change.

Dead Rhetoric: You had a good national run with Allegaeon last year. Now that the album is out, do you have plans to get out on the road again?

Gilley: We are in talks with a couple of tours and we’ll see what happens. I know we’ll definitely be really busy when the album comes out. The label wants to push us on the road as much as they can. We are really excited for it. I’ve been talking with a lot of people overseas, and they ask if we are planning on coming to Europe since our label is based out of Austria…yeah, we plan on coming to Europe! I just can’t tell you when. It could be this year, it could be next year. I know for sure that we’ll probably be there by next year. I know our label wants to put us out there. You will see us on the road a lot, that’s for sure.

Dead Rhetoric: I was impressed by your live show with Allegaeon. Do you feel that the live act is the best way for you to gain new fans?

Gilley: I’ve had people come up to us after a show who have heard our recorded songs and they tell us that our live show is nuts. They say that our live show is better than the CD, and that’s a plus. The thing that we want to do is to give you a great live show and keep you amped up at all times. That’s an important part of music – you are trying to please the audience and gain new fans. We want people to hear us, we want people to love us – come out to our shows and get crazy with us. The crazier I see the crowd go, the crazier that I want to get when I’m on stage. It’s just fuel to the fire…

Dead Rhetoric: I know that you are also a tattoo artist. How long have you been doing tattoos?

Gilley: I’ve been doing it for about nine years now and I love it. I’m not going to stop doing tattoos. If this music career could take off, and I’m going to shoot over the moon and say we could be rich, and I’m not going to stop doing tattoos. That’s always going to be a part of my life. If we get a bus, I’ll probably be doing tattoos out of the bus. As long as it’s okay and I won’t get into trouble for something like that – I’m a licensed tattoo artist and I can go to conventions and tattoo so it shouldn’t be an issue. I enjoy what I do. I get to play music and I get to tattoo people, and get to put my artwork on people. I can’t ask for anything better.

Dead Rhetoric: I’ve seen some of your work and it looks incredible…

Gilley: Thanks! I push myself just as hard with tattoos as I do with my music, that’s for sure.

Dead Rhetoric: What can we expect from Product of Hate as the year progresses?

Gilley: You can expect one hell of a live show. You can expect great music to keep coming. We are always writing new music, so that will never stop. Expect that we’ll be around. I really don’t know how to say it. Expect that your ears will be blown off every time you hear us. I can’t wait to meet the fans. That is exciting – expect to hear and see Product of Hate a lot. 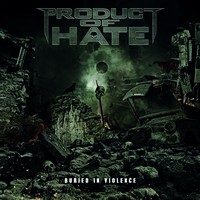 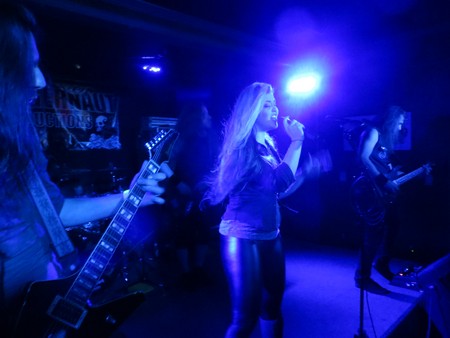