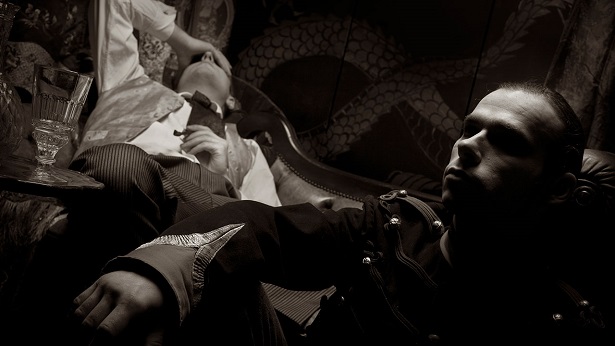 What does a black metal band have to do to get noticed? Seriously — think of how many black metal bands are currently mucking about and try to distinguish them. Good luck with that. For German black metal trio Porta Nigra, differentiation rests largely upon their visuals and lyrical approach. Since their excellent 2012 Fin de siècle debut, Porta Nigra has been employing avant-garde, if not exotic, off-the-black-metal-beaten-path imagery that eschews clichés in place of an artier presentation. The trend on the cover side continues with their new Schöpfungswut album, which could be depicted in numerous — including some diabolical bowl of fruit. It is, however, the contrast to an album that is easily the most straightforward of Porta Nigra’s career, which is something guitarist and songwriting Tobias was all too kind to share with us via email…

Dead Rhetoric: You recently moved over to Soulseller from Debemur Morti. What prompted this change?

Tobias: Debemur Morti Productions were not super keen on the change in style we have on this album (more patterns of traditional black metal). We openly and friendly discussed this “issue” and decided that it is better to release this album on another label. Soulseller was the very best option looking at their catalog including so many classics. It is fair to say we have been pretty spoiled when it comes to labels and could not be more satisfied in that regard. We have been sharing the same label with adored acts like Manes, Blut Aus Nord or Ved Buens Ende and Gorgoroth.

Dead Rhetoric: Do you think your brand of black metal is sometimes too elaborate for people to understand?

Tobias: I would be surprised because I do not think that our music/riffs are that elaborated. What I think is that a certain group of people has a problem with our visual and lyrical approach. They feel threatened or annoyed by it. Which is a good thing if you ask me. When it comes to the lyrics: Yes, they are very cryptic. Even for Germans, I think it is impossible to get everything if you do not share the same experiences and have the same sources that I have. So, it is fair to say: Nobody really gets what this is all about except me. I will try to open up a little more on coming releases, maybe offering some sort of “explanation” or at least sources, for those who are interested.

Dead Rhetoric: You have been an active band since 2010. What’s the journey been like thus far? Any roadblocks along the way?

Tobias: Mostly a good trip so far. Very rewarding to follow your own rules and create your own little world and trying to get better and better at it. The long wait between Kaiserschnitt and Schöpfungswut was a bummer, but sometimes things just need to mature. Of course, every album is a struggle. You struggle with companions, with technology, with the mixer/producer, but in the end, it is all worth it.

Dead Rhetoric: To that point, how are you challenging yourselves in Porta Nigra? Did you try anything new for Schöpfungswut?

Tobias: It is obvious, that we were using a way more known and accepted formula this time. The challenging thing was to force myself to make more streamlined music. We have, for instance, almost no tempo-changes in the tracks. We have no alien/unusual riffing. I wanted to make a so-called “pure black metal” album. The playing technique was quite some challenge and demanded some devoted practice. Some people said we did this to be liked by more people, but it could not be further from the truth. Schöpfungswut is from all the three albums the closest to my heart.

Dead Rhetoric: It has been five years since Kaiserschnitt. Did it take longer than anticipated to write and record Schöpfungswut?

Tobias: It was musically finished a few months after the release of Kaiserschnitt. But finding a new vocalist, giving the new vocalist enough time and space to get into the band, finding a new studio/producer, a new label…all these things took longer than we thought. However, time is not relevant and the world for sure is not in great need for an extreme metal album. Be it by us or somebody else…so it is not a huge drama.

Dead Rhetoric: What’s the writing process typically like between the members of the band?

Tobias: I am in charge of most decisions. However, I am pleased that Porta Nigra is developing more and more to a real band with more characters shaping the music and lyrics with their talents. For instance, F.: He is a studied musician and a fantastic bass player. I hope that his influence in the band will be increased in the future. His musicianship combined with my autodidact approach could lead to something really interesting. And of course, Tongue, who is very experienced and already has left his mark on the scene with his countless projects. His energy level is impressive. And there are more people in and around the band that provide their talents.

Dead Rhetoric: You have a new member, Tongue. How is this partnership working out so far?

Tobias: He is very independent and isolated mostly. What I really like about him is his power and energy. It was not an easy task to make this album. Primarily he is a guitarist. But he pulled it off perfectly. I want to dedicate this album to him because without him it would not be the same. I hope our journey will continue.

Dead Rhetoric: You’ve always had creative, eye-catching cover art. The Schöpfungswut is no different. What’s the story behind it?

Tobias: It is from an artist called Klaus Pichler in Vienna. Normally I work with Jean (Metastazis) on all aspects that concern the visuals, but in this case, I wanted exactly this picture and had to convince Jean a bit. Luckily Klaus is a black metal fan himself and very familiar with the 1990s scene and bands like Abigor. So, it was no problem to use the picture. Still, I had to pay quite an amount for it, ha-ha. But it was worth it. It fits perfectly in the Porta Nigra world and somehow holds all albums together despite the fact we have a slightly different musical approach this time.

Dead Rhetoric: Do you consider the visual aspect of Porta Nigra to be just as important as the music?

Tobias: In our modern age, probably it is because the cover and band pictures are the first things that people connect to. But in general, I would say the lyrical content is the most important aspect of Porta Nigra because it really divides us from the rest.

Dead Rhetoric: Finally, what’s on your agenda for 2020?

Tobias: Working on a new album. The music is ready, lyrics almost and I am thrilled about the material. Now we have to work concentrated and relentlessly to deliver the best performance in our little history. It is still early but I can say that the next album will definitely have traces of all Porta Nigra albums and probably will unite fans of Schöpfungswut as well as Kaiserschnitt and Fin de Siècle. 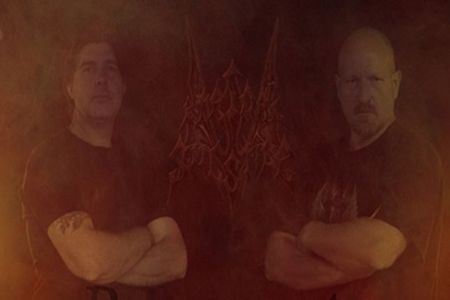 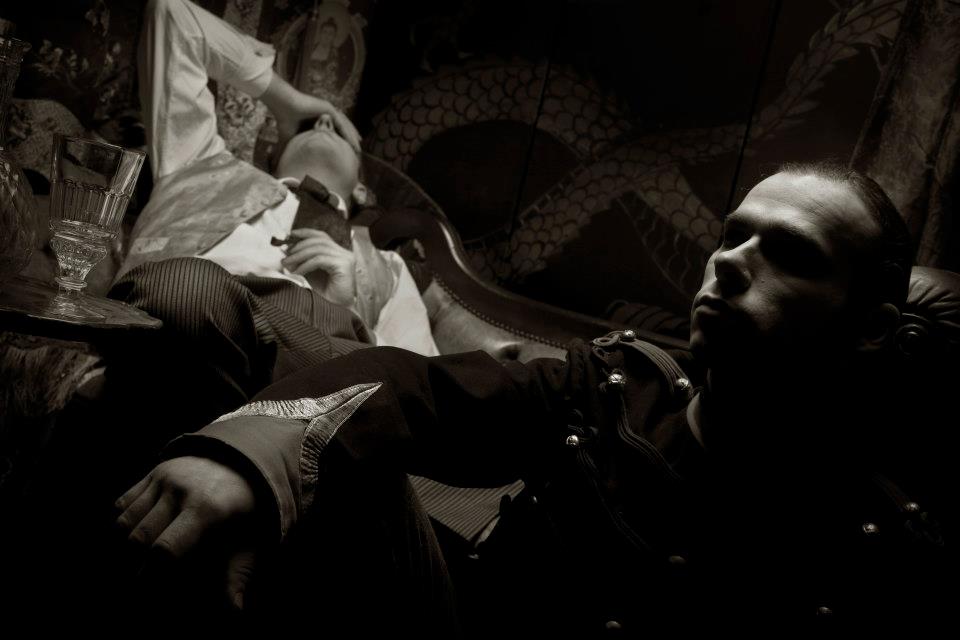 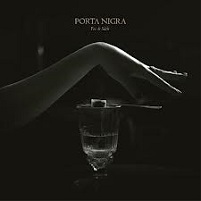