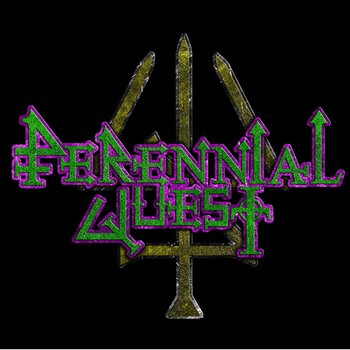 Dead Rhetoric: How important are the lyrics to Perennial Quest as far as overall themes? Have you always believed that the lyrical content is as important as the musical framework in order for people to understand the type of progressive / power metal you are putting across?

Andrew: The lyrics are incredibly important, while we do have some badass fantasy/battle type lyrics (like in “Warriors Through Endless Time”) most of the songs have deeper meanings to them that I think can be interpreted in a lot of different ways. I think this type of music gives the freedom to write all kinds of different and diverse lyrics and Tony so far has come up with some pretty awesome stuff.

Davy: What I really like about the lyrics Tony writes is that they are metaphoric (to me personally) to real life struggles, circumstances, and overall feeling. I think that it adds something special to the songs every time we play them.

Ben: The lyrics are important because you got to have some lyrics for people to sing along with.

Tony: I tend to write the majority of the lyrics. I’m fortunate that the guys were receptive enough in the early stages of our songwriting process to be open to my ideas. Lyrics are incredibly important. They give the song a sense of identity and purpose. I’ve always thought that lyric writing was a short-coming in the power metal genre, and I aim for darker, more nuanced, themes. I feel it’s the job of the lyrics to take the attack and ferocity of the music the guys are turning out, and direct/channel it into something cohesive and palatable for those listening.

Sam: At the end of the day, lyrics are just as important to me. I always love how everything comes together when the musical imagery connects with the lyrical imagery and completes the big picture. A catchy riff loses its merit when the lyrics over it aren’t something people can connect with or sing along to. I always thought we’re very fortunate to have Tony as a singer. He writes most of lyrics and paints a picture really well with them.

Dead Rhetoric: How would you describe the band in a live setting? Has it been a challenge when performing as a seven-piece outfit with three guitarists plus keyboards, bass, drums and vocals to have a fair and equitable mix for Perennial Quest around New England? What types of responses have you heard from the audiences and fellow musicians/bands?

Andrew: It sucks setting up live as a seven-piece (laughs) and more often than not we don’t even get proper soundchecks and it turns out a little messy, but there have been some pretty awesome shows sound-wise. But once the show finally starts there’s tons and tons of energy on stage, we really like to put on a show and come up with whacky stage moves and just have the time of our lives up there. People seem to really like us, every show we’ve done there’s been an awesome response. I definitely think part of it is because of our onstage antics (laughs).

Davy: Sound guys/girls hate mixing us and loading up all of our gear can be challenging but once the chaos stops and we set aside everything we create something magical.

Ben: When we play a show, we are always running around and putting on a good show. It can be hard having so many people getting the mix just right, but the sound guys usually do a good job. The response is good from the crowd I see people Snapchating and feeling the music.

Tony: The live shows are always an experience. We’ve been told they’re high energy and entertaining. I try to include theatrics into my end of the performance, and will make hand gestures and animated hand motions that correlate with the subject matter of the song we are playing. I think “theme” and “congruity” are important. The live performance should reflect the content of the material.

Sam: I always had a great time playing live, on both keyboards and guitar. It started out becoming less of a challenge for us live as time progressed in my opinion, everyone just began to synch with each other and everything seemed a lot more seamless. I honestly was surprised by the reaction we got from the scene. There isn’t a very large demographic for power prog when it comes down to it and people really seemed to dig us, which made me really happy.

Dead Rhetoric: You’ve had to go through a few lineup changes even before the release of your debut demo. Do you believe it’s a challenge to keep people in the band given the niche appeal stateside of your music along with the proficiency and dedication necessary to pull this off convincingly? Have you remained friends with ex-members and support their future work down the road in other musical endeavors?

Andrew: Keeping seven people in a band is pretty tough, there’s been plenty of trial and error putting together a stable lineup of dudes that can get along and vibe musically, but so far so good with the current lineup. It’s really the first time since the very beginning of the band that we’ve been hanging out outside of just band stuff so that’s a good sign I’d say! Most former members I’m still cool with- our original bassist Chris Sanchez is one of my closest friends, our old guitarists Ernesto Santiago, Alex Silverman, and Krys Hayward I still speak to pretty often. Things did get ugly with our old guitarist Josh Caban though, but I’m never one to hold a grudge and am 100% open to making up, just haven’t had the chance yet. Either way, all our ex-members are incredibly talented, and I hope they all find success.

Davy: I think both Krys and Josh are two incredible people and musicians. I’ve remained friends with both of them and would absolutely support anything they do in and out of music.

Ben: Most of the local bands in the scene are hardcore or something like that so there’s a lot of people who want to play something different from that. I have remained friends with all the ex-members and always support whatever project they are working on.

Tony: It can definitely be difficult to source other musicians interested in this genre. We’re hoping our recordings will help us with this, as we are currently still looking for a keyboardist. To touch on the second part of the question, writing music is an emotional experience and sometimes people let their emotions get the best of them. I try my best to remain pragmatic and objective, but sometimes people feel wronged, or have a different understanding from what’s really going on (aka what the majority feel). If a past member ever feels bitter about a decision that was made, they probably don’t have a complete understanding of what prompted the decision to let them go.

Kevin: I think there’s two main issues we’ve had with sustaining a stable lineup. The first would be finding someone with a personality that meshes with all the rest of the band’s. Each member is vastly different from each other, so it takes a special kind of freak to fit into our band of misfits. But the biggest issue was levels of commitment. Some past members were just not as committed to putting in the time and effort necessary to play music at this level. It can’t just be a hobby. It must be your passion cause that’s only what’s fair to the music.

Sam: When it comes down to it, contrasting schedules and people being on a completely different page with what they wanted with the band was what led to most of the lineup changes we had. We wholeheartedly are on good terms with all of our ex-members and support all of their future projects. 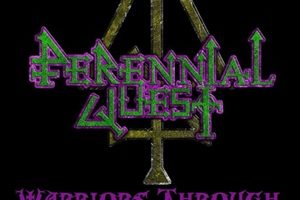