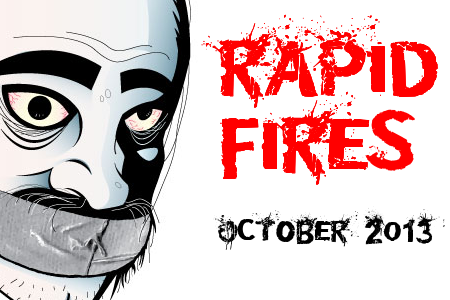 Behold our latest installment of Rapid Fires, where we take the shorter route to getting our point across. This month sees some rather strong releases come our way (Argus, Indricothere), while a few duds “graced” our eardrums (Reflections, Magna Vice). All a part of the process, eh? This month, we tackled: A Breach of Silence, Argus, Bombs of Hades, Dead End Finland, Holy Cross, Indricothere, Magna Vice, Reflections, Root, and Sorronia. Read on!

A Breach of Silence – Dead or Alive (Eclipse Records)
If Dead or Alive leaves you wondering what year it is, bear in mind these guys come from the other side of the globe from Massachusetts. Perhaps there is a time difference of minus nine years between The States and Australia…that, or I was not aware that metalcore (aside from Killswitch Engage) is still being recorded in 2013. Either way, ABoS have released a good album for what it is, if what you crave is fairly generic metalcore not played by Killswitch Engage. That said, ABoS do their best to put their own stamp on the sound they call “powercore.” – Daniel Keating (A Breach of Silence on Facebook)

Argus – Beyond the Martyrs (Cruz del Sur)
Hard-working dudes with plenty of doom/trad know-how, Western PA’s Argus have galloped into album #3 with some always-handy European backing and some love on this side of the pond. Beyond the Martyrs displays the band’s penchant for towering dual-melodies (“No Place Beyond the Line,” “The Hands of Time Are Bleeding”), in addition to Butch Balich’s weathered and dependable vocals, which give “The Coward’s Path” ample conviction. In all, just quality stuff on Beyond the Martyrs. May they continue to make their gradual ascent to upper-tier doom status. – David E. Gehlke (Argus official site)

Bombs of Hades – The Serpent’s Redemption (Blood Harvest)
Fronted by one-time The Crown vocalist Jonas Stålhammar, Bombs of Hades have cool and cult since their 2002, with a meager two full-lengths to their name. Therefore, Stålhammar’s stint with the mighty deathrace kings hasn’t done much to throw off Bombs of Hades’ output, with The Serpent’s Redemption getting the run-through again thanks to high vinyl demand. Anyway, the band’s sound is firmly rooted in Swedish death/thrash, with not much in way of velocity (the tempos are a bit Entombed-like, which means fast, but not really fast), yet there’s some cool things to chew on, like the cagey quick rock of “Darkness My Soul” and “Scorched Earth.” It’s rather middle-of-the-road stuff, though, with Stålhammar still possessing some snarled identity, but not enough. – David E. Gehlke (Bombs of Hades on Facebook)

Dead End Finland – Season of Withering (Inverse Records)
Sitting in that melodic death/down-tuned power groove netherworld, Finnish four-piece Dead End Finland unleashes a second album that could appeal to old Fear Factory, Engel or Soilwork fans. Keyboardist Jarno Hanninen gains center stage for his thick layering and occasional lead parts on “An Unfair Order” and the dance-like slam within “Sinister Dream” – but never fear the vicious screams from Mikko Virtanen and equally savage guitar tone keep this assuredly on the heavy side. Still the band needs to inject their own skill set creatively or be relegated to opening slots and early afternoon festival slotting for quite a while. – Matt Coe (Dead End Finland official site)

Holy Cross – Place Your Bets (Pure Steel Records)
A French heavy metal group, Holy Cross on album two places their bets on a stock grass level assault with strong musical ties to Judas Priest, Iced Earth, and Primal Fear. The guitar hooks within “Last Chance” and “The Sentinel”-like “From Past to Dust” should get plenty headbanging, but the banshee meets mid-range warble range of Mickael Champon renders most of the delight to an instrumental standpoint. Sad but true, vocals can be a deal breaker in traditional metal. – Matt Coe (Holy Cross on Facebook) 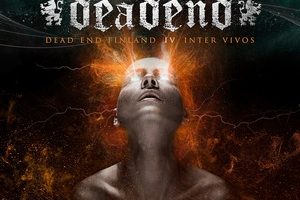