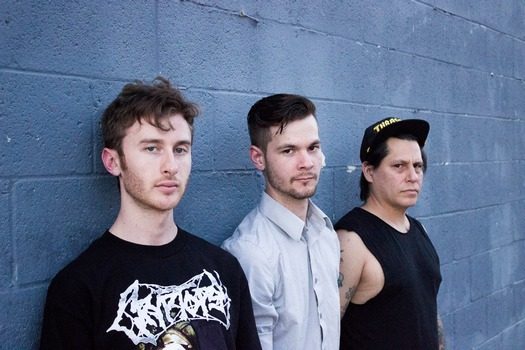 If the beauty of post-black metal material is a bit too much for some (read: not ‘metal enough’), then Nullingroots should be the band to change your mind. Taking the grace that blackgaze can provide, Nullingroots stands out for their ability to deliver a striking contrast, where elements of pure black, death, and thrash aren’t off-limits. The added punch is admirable, and allows for much more in the realms of dynamic across their newest album, Into the Grey.

Initially a one-man act of Cameron Boesch, after last year’s Take Care, Into the Grey is the first release of a full-band version of Nullingroots. Turns out, this further adds to the dynamics at play within the sound of Nullingroots and gives them their strongest sound to date. We were able to contact founder/vocalist/guitarist Boesch to chat the band line-up transition, thoughts on blackgaze (and being lumped into a genre), and the metal scene in Phoenix, Arizona.

Dead Rhetoric: Where did the name Nullingroots come from?

Cameron Boesch: Nullingroots means to commit suicide, to nullify one’s roots as a person. I got the name from an old post-metal type side project of mine. I named one of the songs “Nulling Roots.” I guess it’s kind of an over the top name with that meaning, haha. Kinda sucks when like, your coworker or something, asks what it means.

Dead Rhetoric: How does Into the Grey change things up from Take Care, or even earlier releases?

Boesch: Well, this is the first Nullingroots record written as a full group, and not just myself. So naturally things are going to sound a little different with this one. But as far as direction goes, this one is still a little different from the others. This album, like Take Care, is more on the sorrowful and dark sounding side, except a lot more emphasized this time, to put it best. I did a lot more with vocals this time around, too. There’s a broader range of dynamics.

Dead Rhetoric: The band started out as a one-man act. What prompted the move towards the full band approach?

Boesch: It’s quite a personal reason, rather than anything music related, but I relocated from Torrance, CA to Phoenix, a few months after I released our debut self-titled album, in October of 2014. Seeing as I didn’t know anyone here, I figured, I always made friends from playing in bands around Los Angeles, so I might as well turn Nullingroots into a live band. I always did like the idea of playing this stuff live, anyway.

Dead Rhetoric: With the variety of different influences in your material, is there a particular approach that comes about with songwriting?

Boesch: For me, not really. Basically, when I think of a melody in my head, I’ll record it. If it sounds good, I’ll work with it and build riffs around it. The outcome is largely an unintentional mix of influences. Our guitarist Alex, on the other hand, writes both my way, and in a more predetermined kind of way. He’ll have a plan for how he’s going to structure the song (or sections of a song.) His way is more organized (and better, if you ask me,) so some of our music has a certain writing approach.

Dead Rhetoric: Four out of the five tracks on the album move past the 10-minute mark. What are some of the things you have to be conscious of when you write material of this length, in terms of dynamic and keeping the listener’s attention?

Boesch: Tracks that run that long are very susceptible to becoming monotonous, and can be viewed structure-less. That is one thing to keep conscious of when writing a song of that length. I try to analyze the songs from a listener’s perspective. If I can imagine someone thinking, “I don’t know where the hell this song is going,” then I’ll trim some fat off it. I never try to write long songs just for the sake of having long songs. The fact that most of our songs are over 10 minutes is unintentional. I guess it just takes us that long to get our point across, haha.

Dead Rhetoric: Do the longer lengths of songs allow you to explore the music at a deeper level, such as contrasts between mellow and heavy?

Boesch: Yes, absolutely. I believe this is the biggest reason why our songs are so long. I want to put several different emotions into each song, but that of course means more riffs, and therefore more time. Also, we write our music with a lot of crescendos, making build ups very gradual. Kind of like a post-rock or doom band, but played a lot faster.

Dead Rhetoric: How did you wind up signing with Prosthetic Records for the release of Into the Grey?

Boesch: I’m friends with the front man of Ghost Bath, Dennis. He knew we were looking for a label, and he’s friends with some of Prosthetic Records, so he gave us a shout out. Turned out they liked it and offered a deal!

Dead Rhetoric: Can you speak to the cover artwork of Into the Grey?

Boesch: Our lyrics revolve around mental illness, various hardships, isolation, distress, etc. so we wanted a cover that would convey those themes. Pierre-Alain D. // 3mmi Design made us the cover.

Dead Rhetoric: What are the pitfalls associated with being lumped in with a particular scene, such as blackgaze?

Boesch: I don’t think there are any pitfalls. Every band ends up getting categorized, one way or another. The only thing I can think of, and this applies to every genre, is if someone uses inductive reasoning and thinks, “Alcest sucks, they’re post-black. I Hear Nullingroots is also post-black, they probably suck too, then.” I think we sound very different from Alcest, for example, but the categorization in this example will lose us a potential fan.

Dead Rhetoric: Blackgaze does mesh ambience with intensity. What’s the appeal in that balance?

Boesch: I’ve always gravitated towards this style, along with various atmospheric and melodic black metal bands. Because, to me what just makes sense, in-order for something to be sad, there needs to be some dose of hope for which that sadness can break. I’m not 100% sure that analogy makes sense, but my main point is that I love sad music. I love contrast in music, as well. The ambient-intensity tradeoffs in this genre really execute well the types of sounds I want to hear. I’ve always been this way. Melodic death metal has the same type of appeal to me, and I was all about that when I was a teenager and sucked at guitar.

Dead Rhetoric: Phoenix doesn’t seem like a heavy metal hotbed per say, what’s the scene like there?

Boesch: I’ve only lived in two major cities, but I like it better here than in Los Angeles. This may be contingent on my exact location in both areas, but all the major venues seem to be within the same 10 to 20 mile circumference, and we all live right in the center of it all. In LA, I’d have to be stuck in traffic, either on the 110 or 405 freeway, for an hour (or more) before I reached a venue. But more about the music scene, I think it’s pretty alive and well here. All the musicians here seem to know all the other musicians. Even though Phoenix is one of the biggest cities in the country, it feels like a small town where everyone knows everyone’s name. The promoters here are also really helpful, I was quite surprised by it. They always help local bands by getting them booked on very beneficial shows.

Dead Rhetoric: Into the Grey will be released next week. What plans do you foresee Nullingroots having into 2018?

Boesch: Nothing is concrete, but we were thinking of doing our first small tour. Maybe like a west coast thing, nothing too extravagant, just yet. Also, maybe recording our next album? We got a huge chunk of a new album written, so it wouldn’t be unrealistic if we entered the studio next year. And damn, am I into it. 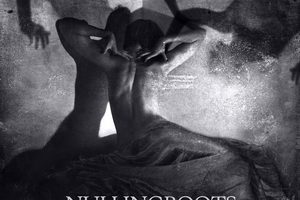 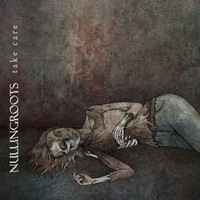