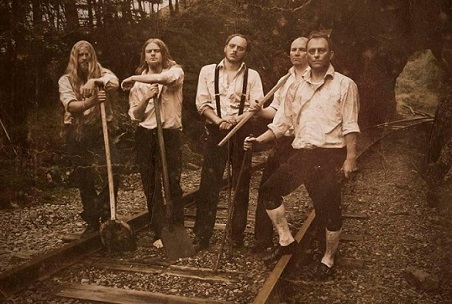 A topic not limited to just this calendar year is how Norwegian metal can no longer be considered the singular home of black metal. In fact, bands since the mid-90’s have been making moves to expand upon their home country’s sound, but here in the now, it’s never more apparent that being a Norwegian metal band entails much, much more than chainmail, leather, corpse paint, and hymns to Lucifer. One such band is Vulture Industries, who appear to have reached a new plateau of avant-garde and progressively progresive metal with their newest release, The Tower.

“The 90’s black metal wave and its offspring helped build the infrastructure for Norwegian metal bands to reach an audience outside of Norway,” begins vocalist Bjornar E. Nilsen. “The scene also had notable acts blending progressive and avant-gardish elements in with a black metal starting point, so the scene has some tradition for diversity. Still…not blending in with the black metal crowd makes it easy for us to stick out I guess.”

The perky, out-there, but heavy and melodic nature of The Tower doesn’t have an immediate home when it comes to proper comparison. (VI does get the occasional Arcturus comparison – “Given the width of our musical landscape combined with people’s tendency to compare rather than describe when talking about music, I guess the connection is to be expected,” says Nilsen.) However, trying to meld five different personalities with varying tastes and ideas on where to go is the real key for success according to the frontman.

“We are kind of musical collectors of odd bits and pieces. Pieces that other people see no value in, we polish into something profound. Still, we make no effort to sound strange. The crookedness is more a result of how we are put together. A lot of the bands that are considered strange or avant-garde, sound like they are making medleys in my ears. They seem to just mix together a lot of parts and all the time max out the contrast between them. Instead we are particular to make songs. We blend the parts and boil them for a long time so that they are all mixed together into something undivided when it is done.”

The origins of Vulture Industries start with their previous moniker, Dead Rose Garden. And while Nilsen wasn’t a part of that particular formation, he said the decision to morph into Vulture Industries was borne out of the collective members’ frustration and negative mindset at the time. Since taking on the Vulture Industries name in 2002, things have been on an upswing.

“It’s been a continuous process since forming the band in 2002,” relays Nilsen. “A fluid journey that have now taken us through three albums. I am very proud of all our works to date, but I feel with The Tower we have come to a point where we have created something that is profoundly ours; a mirror for our musical souls so to speak. The journey will continue and take us past new milestones, but for now The Tower stands as the most significant in my eyes.”

Indeed some of the more profound aspects that happen on The Tower come via the spatial “Divine – Appalling,” the dynamic “The Dead Won’t Mind,” and even more intrinsically, “A Knife Between Us,” perhaps Nilsen’s finest moment on record. (His vocals can best be described as a more melodic and reigned-in cross between Mike Patton and Arcturus’s Garm.)

“Most of our songs demand more of the listener than a casual glance to work all of its potential magic, so does the lyrics,” admits Nilsen when asked about the significance of “A Knife Between Us.” “How the listener will grasp the song is not a consideration made while writing. We write music according to personal esthetic preferences so we tend to wind up with something that takes some time to grasp.”

Per the unconventional approach Vulture Industries take to metal, in the works are some even more outlandish plans, ones that traverse past the traditional album-tour-album-tour cycle. And Nilsen and co. couldn’t be more stoked.

“Currently we are working on collaboration piece with a group of stage artists called Happy Gorilla Dance Company,” he finishes. “The piece is titled Turning Golem and is a mix between theatre performance and concert. So far we have done the show in Romania, Norway and Czech Republic and we are now working on the continuation shows scheduled for late November on a theatre stage in Bergen. Then we will take the show abroad again and do it on selected stages in Europe. For next year, we plan continued touring in Europe and hope to work out some shows in North America and Asia.” 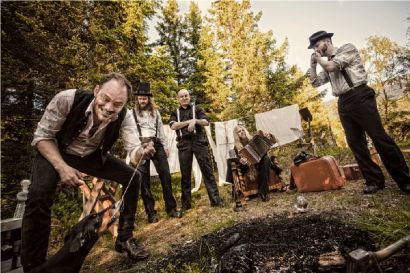 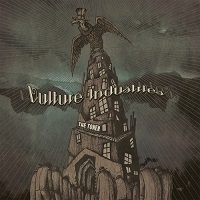