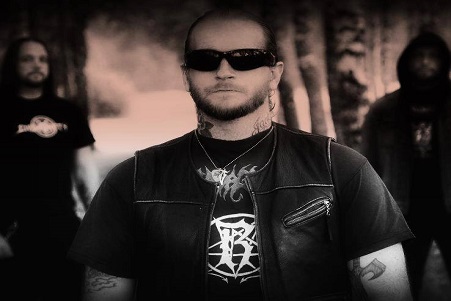 What’s in a name you ask? A lot, evidently, and it’s something we do our best to avoid taking to task too much, only because we can nitpick various band monikers until the end of time and it wouldn’t matter. Goofy, but memorable names such as Dew-Scented, Job For a Cowboy, and Tad Morose might spur the raise of an eyebrow and potentially, the loss of a listening audience, yet those three have managed to do quite well for themselves. And when we get into death metal territory, there’s a serious drought of good names, so what’s one to do? Name your band after yourself, which is what Swedish death metal veteran Pete Flesh (real name: Peter Karlsson) did for The Pete Flesh Deathtrip.

“The main reason was that I would only create music and lyrics for one thing prior, and that was my solo project which is The Pete Flesh Deathtrip,” begins Flesh. “The three first albums: Dödsångest, Temple of Whores and Worship the Soul of Disgust, were released under the moniker Flesh. But when I decided not to be in any bands and create music for [it], I wanted a name that would be a bit more ‘personal.’ For me, Flesh and The Pete Flesh Deathtrip are the same thing, only a bit developed as I now use a lot of different influences that maybe was placed in other things before. I even use the old Flesh logo in the inner lay of the booklet on the new one.”

The “new one” Flesh is referring to is Mortui Vivos Docent, a steaming, flagrant, and rabid death metal offering that parlays the absolute best of the Stockholm death metal world into one consumable package. One would be hard-pressed to not get onboard with ragers such as “Crave the Fire,” “Suicide End,” and “God of the Crawling Whore,” which made DR ask Flesh what his songwriting guidelines were.

“I have only one rule during a writing process: to totally follow my own way of thinking and include anything as long as it serves its purpose and gives the right atmosphere I´m looking for,” he responds. “All the music, books, movies, paintings, etc. that I have grown up with to admire, of course reflects on my music and lyrics, but I never try to just fit in one genre. You know, my admiration for Bathory, Possessed, etc. are as big as Pink Floyd or old black movies, or writers that reflects on life in all different aspects. It must not always be through a channel like different types of metal. I simply like to reflect on different things when I create music and lyrics. Not what I should do and what is right regarding to others and genres.”

Contrary to initial appearance, The Pete Flesh Deathtrip is not a pure solo foray for Flesh. He’s joined by session drummer Andreas Jonsson (Vinterland), and Micke Bromberg from Unanimated chipped in some vocals, but according to Flesh, producer Peter Bjärgö had the greatest impact on what would become Mortui Vivos Docent. “It was the first time I worked with him. But he understood all my ideas and visions for the final result. I have always have trouble in the studio explaining for the producer what I´m looking for. They never understood the atmospheres I want to capture, but with Bjärgö, there was no problem. His wife Ia (Arcana) also did some guest vocals.”

Prior to both Flesh and The Pete Flesh Deathtrip, Flesh did time in cult Swedish death metallers Maze of Torment, a band somewhat recognizable in Scandinavian metal circles, but nary a dent was made on these shores. From these experiences (including Flesh being so drunk during an opening gig with Dissection that he did most of the set on the floor), the unconventional approach to doing his solo band was forged.

“All the stuff that have nothing to do with the music…the social aspects,” he relays when asked about his takeaways from being in Maze of Torment. “Music is not just an hobby for me; I can’t relate to that way of thinking. The best thing for me was simply to start this. I don’t hate to play in a band in that sense, it can have its points now and then if you find the right people. But in general, I feel more satisfied working this way.” 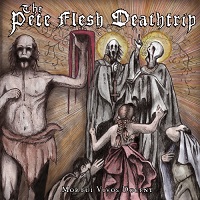