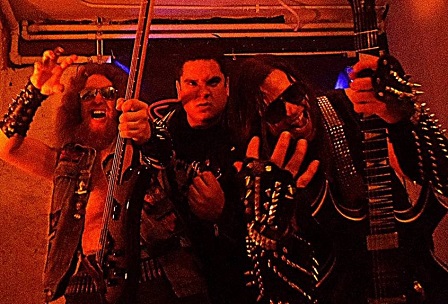 Well before Sanford Parker starting recording like-minded bands at an alarming rate and Kuma’s Corner gained national attention via their Ghost burger, Chicago was prowled by Usurper, an outfit that if we want to get really exact, were the utter definition of an underground metal band in the quirky 90’s. For over 13 years, the band stayed true to their core – to play vintage death metal with nary a drop of compromise in sight. And for the most part, it worked until the standard lineup and industry squabbles started to be too much for mainman Rick Scythe to bear. After folding the band in 2007 and spending two years in horror metal outfit Nightshade, Scythe formed the appropriately-named Scythe, and off he went.

“At this time Usurper was getting some serious offers for some big fests overseas and other high profile shows,” he begins when queried on Scythe’s beginnings. “I felt like the time was right to give Usurper another go-round, but unfortunately, certain other members weren’t up for it. At this point I was considering retiring from the band life and just recording solo material. I had seven unrecorded Usurper songs already written as well as other riffs and ideas that I was going to use for Usurper, so I thought I would record these properly with other musicians. One thing lead to another and by 2010, Scythe became a full-time band and not just a solo project.”

Of course in order to move forward with his new band, Scythe had to come to terms with letting go of Usurper. Not an easy task considering the group dominated nearly every facet of his life during the designated timespan. “The 13+ years spent with Usurper were the best years of my life,” admits Scythe. “I got to record six official releases, play shows in 17 different countries, record albums in big studios with big budgets and basically lived the rock n’ roll lifestyle. I learned a lot about how the business works and what it takes to be part of an established band.

“When it all ended, I knew if I did something again, I would have to learn from my past experiences, both positive and negative,” he continues. “So with Scythe I wanted to make sure things were done the right way. I no longer care about being on a big label with big studio budgets. It is much more important for me to now own all my music and just license it to various labels for specific periods of time, for specific regions. I would rather focus on quality over quantity in regards to shows, concerts, albums, rehearsals, etc. I want the freedom to do what I want, when I want and how I want. The entire band shares this attitude too.”

Scythe and friends wasted little time in getting down to business, pumping out last year’s Beware the Scythe and 2013’s excellent Subterranean Steel. The newest foray from the band demonstrates the sort of unabashed, no-frills action that is happenstance at the present time, but is rarely performed with such conviction and bite. According to Rick, the formula was simple: Pick up where Usurper left off, only do it better.

“At first, definitely Scythe was a continuation of Usurper. I had nearly an entire album written and demo-recorded for the next Usurper album. It was going to be our 6th full length album called, Talons of Steel. So this band definitely has roots in Usurper, or at least you can say our some of our songs were inspired from where Usurper left off, but then in other ways it is much different. Scythe doesn’t have a frontman, as Usurper did. Both myself and Dan Geist (bass) do all the vocals, so the vocal approach sounds different than Usurper. I would say that Scythe sort of filled the void left by Usurper, but also explores new territories and is coming at you from a slightly different angle.”

And as to what every Scythe song needs to possess in order for it up to be up to snuff, Rick pulls no punches:

“Number one ingredient is HEADBANGABILITY!” he enthuses. “Every song has to be headbangable and fistbangable. Every song has to be memorable. Scythe can generally be labeled as speed metal/death metal/thrash metal, yet it encompasses much more than that. We also incorporate the anthemic qualities of classic heavy metal and the dirtiness of 70’s hard rock, then combine that with trace elements of early doom, 80’s black metal and NWOBHM melodiousness . To say Scythe is just a ‘death metal’ band is really missing the mark.”

The latter portion of Usurper’s career was marked by instability and issues with then-label Earache Records. For a band so used to doing things on their own (and succeeding), having one of metal’s more high-profile labels force the band to trudge through murky waters was of little comfort to Rick. No longer having to worry about the proverbial bottom-line along with a solid partnership with R.I.P. Records seems to suit the man just fine.

“I don’t give a fuck about ‘the scene’ or selling X-number of units to be validated as a band. If 10 people only want to buy it, good enough for me – I want the die-hards to hear it. I want people who like this form of music to know it’s out there, and I want them to have access to our music. But I feel I have nothing to prove and I don’t have a desire to be anything more than a classic underground metal band.

“I know in my honest opinion what Scythe is doing is 100% quality and 100% the music we want to hear, presented the way we want to present it,” he concludes. “I know Scythe is better than 90% of the cheap, disposable, generic bands out there. But if people wish to ignore us, they can suck it for all I care!” 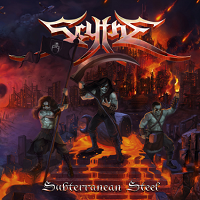 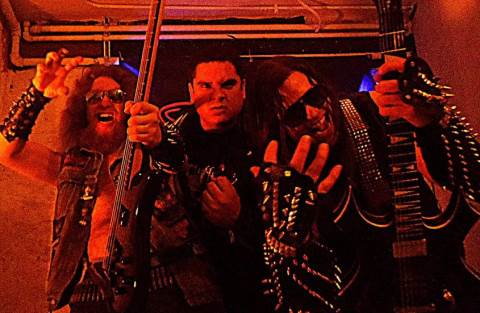