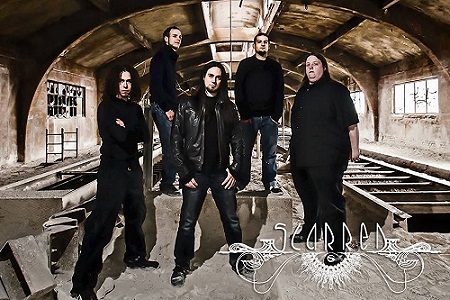 Luxembourg, Germany can be seen as a melting pot, with French, German, and Luxembourgish being considered as the country’s official language, in additon to the country’s relatively easy religious stance, where Catholicism, Judaisim, and Russian Orthodoxy each get their own operating room. This diversity and open-mindedness makes the country one of Europe’s hidden gems, so it’s no surprise that one of its own metal bands, Scarred, operates in a similar fashion.

“Being a band in Luxembourg isn’t that much different than being a band from another country except for the fact that you can’t play 100 shows here in Luxembourg and pretty much have played for everyone in a year ha-ha,” begins bassist Jeff Jonas. “Due to the size of the country you are quickly forced to export yourself to the neighbored countries which can be a problem because you are not taken seriously at the start of your career being from such a small country. But if you persevere and do the right things, good things will happen to you.”

Good things come in the form of the band’s latest and greatest, Gaia-Madea, a flexible, very modern, but tight metal offering that suplexes the cyber crystalline draw of Gojria, with thrash and death metal influences. And as off-balance as that sounds, Scarred make it look rather easy without sounding too American.

“Let’s see…well there are a few American bands that influenced us directly more or less,” admits Jonas. “Obviously bands like Pantera, the whole Bay Area or even Morbid Angel and Death but I would say we are definitely more influenced by the Scandinavian sound or at least the atmospheric aspect of their music. The list could go on and on because we don’t strictly listen to metal in the band. We don’t really think about other bands when we write, we just go along whit what feels right and sounds good.”

An added wrinkle to Gaia-Madea is the appearance of current (and sole) Nevermore guitarist Attila Voros, who pops up on “The Knot.” A chance meeting at Musikmesse (Germany’s NAMM) in Germany provided Jonas and guitarist Yogy the opportunity to meet with the budding guitar hero. One thing led to another, and Voros was shredding the axe on the album. “We were there pretty early and Yogy asked if he could try out one of the amps and grabbed a guitar and started to play some Nevermore and Pantera songs,” relays Jonas. “In the meanwhile, Attila arrived and watched Yogy play and he took a seat next to him and all of a sudden they were jamming out Nevermore songs together (you can find a video of that on our YouTube channel). After that session Yogy and Attila stayed in contact and when it came around to record the new album we asked him if he’d be interested in doing a solo on our new album, he agreed instantly!”

The road to the recording of Gaia-Madea wasn’t an easy one, apparently. Four years removed from the band’s New Filth Order debut, Scarred had to put in some overtime to not only get the album in motion, but to get their mugs in front of the right people to believe in the band.

“We basically played as many shows as we got at the time and saved up money for the projects to come because unfortunately everything costs a lot!. We were fortunate enough to win a few contests which allowed us to play Metalcamp in 2009 and Wacken Open Air in 2009. We were playing a lot of shows abroad trying to get us noticed and get some attention and we’ve been writing the Gaia-Medea album. We took a lot of time to properly flesh out all the songs and we’ve been pre-producing and recording the album which started in 2012. Let’s not forget the desperate search for a label that would put our music out there! Those were some busy years but nothing compared to the years to come.”

With word of the positive nature gradually forming around Scarred, the back-half of 2014 figures to see the band to plenty of touring, and if luck is on the band’s side, a four-year wait between albums won’t occur next time around.

“We still have a few festival shows to do this year and then next year we plan to do several tours,” wraps Jonas. “We’ll try to set up a small tour in the UK and the rest of Europe. Hopefully we’ll be able to tour as a support act for a bigger band. We are constantly looking for shows and will be trying to play as many festivals in 2014 as possible.” 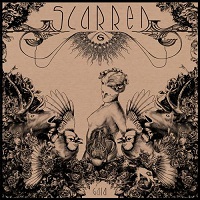