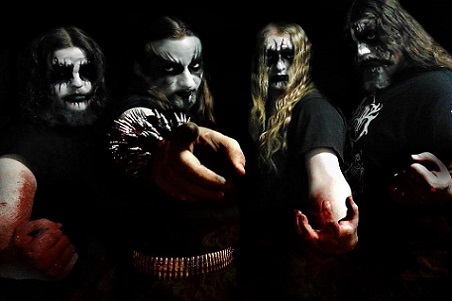 Considered to be “almost heaven” by its residents and aficionados, West Virginia is generally defined by its sprawling hills, winding back roads, kind-hearted residents, most of whom work their tail off during the day, then enjoy a few rounds at the local bar. This pureness becomes increasingly more difficult to find as one climbs up the Northeastern part of the United States, and has been immortalized by John Denver’s “Take Me Home, Country Roads,” which last month, became the state’s official song. In the song, Denver speaks of particular natural landmarks such as the Blue Ridge Mountains, and the Shenandoah River, in addition to life being “older than the trees.” These treasures were the inspiration behind Denver’s timeless classic…and serves as part of the makeup for black metalelrs Helgardh.

Formed in 2009, the band’s debut full-length The Black Flame Descent is a whirling, nihilistic foray into the belly of American black metal. Combining the brazen, feral riffing of the Norwegian old guard with the technicality of their American death metal counterparts, The Black Flame Descent is USBM at its most challenging and brutal. Yet one would initially assume that because of the band’s ideal, atmospheric surroundings, they would be of the “post” variety. Not so. They kick it old-school corpse-paint style, but, lest we not underestimate the creative influence of the Appalachian region.

“The Appalachian atmosphere is just as inspiring as the mountains of Norway,” begins vocalist/guitarist/founding member Famine. “The wintery landscapes, the frost-like temperatures during the winter… it’s all very inspiring for black metal musicians.”

Stating the obvious, black metal and West Virginia are uncommon bedfellows. While it would be the tangible route for Helgardh to exist solely as a studio act, the band has made a concerted effort to cut their teeth in the live circuit, which instantly evokes the visual of four corpse-painted dudes adorned with spikes stomping into a backwoods bar, with the jukebox immediately shutting off, and supposedly rough-and-tumble patrons getting ready to rumble. That didn’t happen, but something along those lines did.

“At first, when we would walk into a venue corpse painted with the leather and spikes, people didn’t know what to think,” says Famine. “We were stared down like we were thieves. I think there was some sort of intimidation, and a lot of them didn’t even know what black metal was, so our look definitely drew interest and attention. We did end up establishing a good following in this region over the years with some avid supporters. Some of the fans in our area state that they don’t even like black metal (or didn’t at first) because when they thought of it they just knew the stereotypes, so we were able to open the eyes of some people and prove to them that black metal isn’t ONLY blast beats and tremolo picking.”

With that in mind, it’s no surprise Famine and team have had to work doubly as hard to find their place in the West Virginia metal scene. Then again, being the proverbial black sheep isn’t all the bad. “Well, a lot of the US is overrun with -core metal, including this area, but that style is something that none of us can stand,” he says. “I’m tired of seeing bands who use 7 or 8 string guitars, but only need the top string with the first few frets. It sickens me that so many bands that do that are so popular. We spent years mastering our instruments, and although black metal isn’t known for its technicality, we wanted to up the ante for American black metal. There are a lot of death metal influences in our music, as well, but most influences shy away from American bands. All of us having a mutual feeling on this outlook on the modern metal scene pretty much shaped the direction of Helgardh from the very beginning. We like death metal, but the emotion and atmosphere of black metal is really what draws us in to this style.”

Finding the post-black metal scene to be dry outside of Agalloch (who may not even be an accurate description of that these days), one of the primary measures of Helgardh is to push the envelope, whether by presentation, or musicality.

“We wanted to up the ante for American black metal,” relays Famine. “Well, this was definitely one of our goals. We wanted to keep that atmosphere and emotion that black metal is known for, but try to increase the technicality of it without crossing over the line of death metal. It’s actually been difficult to write technically without it sounding too death metal, but we managed to accomplish it on The Black Flame Descent to our satisfaction, and we’ve been working with new techniques to accomplish it even more in the music we’ve written for the follow-up to the BFD.”

With the aforementioned work on a new album already in tow, along with a single recorded with producer Jamie King (Between the Buried and Me), Helgardh have their sights set on some black metal’s bigger names, specifically Behemoth and Watain, both of whom are the unquestioned measuring stick for top-rung black metal circa 2014. Famine says the goal of the band is to eventually tour with that pair, and along the way, bring along a live show full of worthy visuals.

“We provide a show that is expected of a black metal band,” he finishes. “We have the corpse paint, leather gauntlets with spikes, blood, and we even have a shrine that we set up that consists of black ritual candles, two human skulls covered in blood, and a goat skull centerpiece that still has rotting flesh attached to it. Our goal for live performances is to keep people talking for days after they witness it, and we have seemed to accomplish this at most shows.” 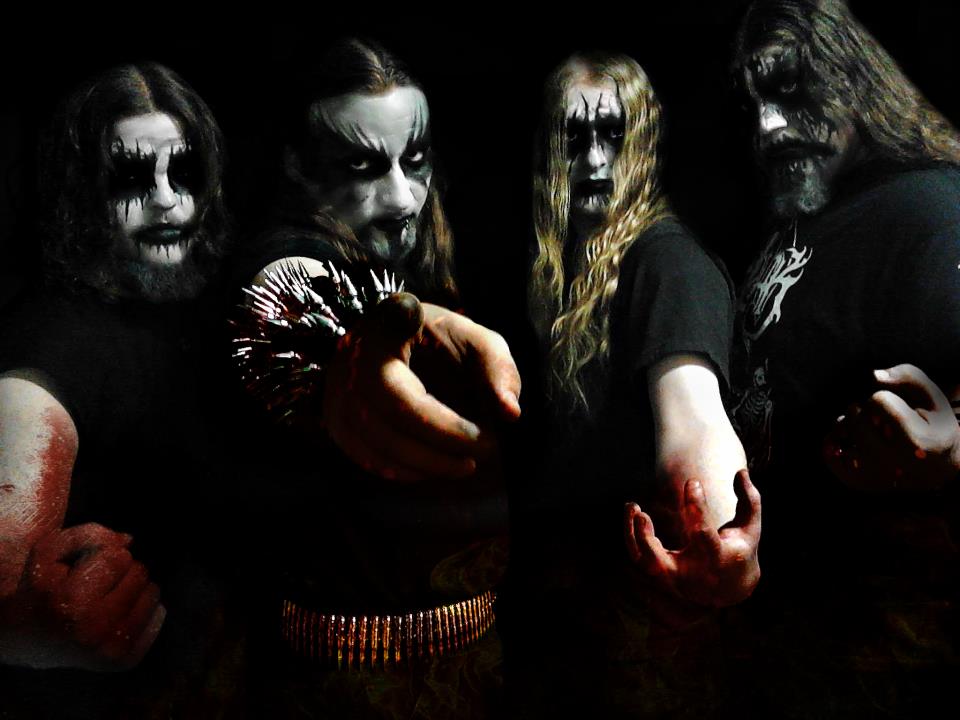