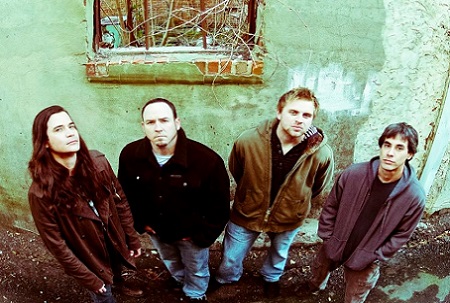 To carry on, or not to carry on. Such is the dilemma bands who have the unfortunate experience of having a member pass away are faced with. It’s an incredibly difficult crossroads; the gut-wrenching decision whether to move forward in honor of their fallen member’s name, or start fresh out of respect for the deceased. And it goes both ways, as evidenced by the reconfigured Slayer, and recent re-emergence of Suicide Silence, as well as the total disbandment of GWAR. There really is no right or wrong decision, apparently.

Cape Fear, North Carolina’s Hedea were faced with this quandary after the untimely passing of drummer Hunter Holland, who passed away in 1998. Suffice it to say, the band was quite rattled by Holland’s passing, unsure of their next move. But rather than continue Gollum without Holland’s, the remaining three members adopted the Hadea moniker, acquired drummer Seth Long, and forged ahead.

“It’s been difficult, however experiencing the loss made us more driven to create new material,” says vocalist Shawn Corbett. It took all of us to some dark places for a while, but we were able to turn a negative into a positive by connecting with that energy and focusing on what needed to be done. We always wanted to continue making music and certainly felt Hunter would have wanted us to carry on, but regardless, making music and art will always be a part of life.”

Simple math dictates that Hedea is more or less an extension of Gollum, purveying an off-kilter progressive metal sound that hovers around Mastodon’s better moments, along with occasional death metal feather-ruffling. For Corbett, the similarities between the two bands is entirely welcome. “We feel like it’s a new chapter but Hadea will always be in a sense, an extension of Gollum, an evolved continuation of the groundwork already established. It’s always going to have familiar elements. In retrospect, after Hunter’s passing, the actual transition into Hadea had already begun without us realizing it at first. We just didn’t come to terms with it until this new album was 100% complete.”

This year’s Fabric of Intention is the band’s first full-length foray, a multi-faceted, hard-to-pin down effort that is more complex than meets the eye. Jams like “Hinge” and “Reconstruction of Our Ways” provide ample amounts of heaviness and melody. The fact the band doesn’t fall into one category may be tough going for metal journalists, but for the band, it’s necessary to their creative functionality.

“We enjoy not trying to fit a mold. We all listen to different styles of music and draw inspiration from that. I think it all culminates into our sound. We’re a bit difficult to pin down, I suppose or at least that seems to be the general consensus according to most reviews. In a broad sense, it’s just heavy music with strong metal appeal.”

“We combine many styles because we all listen to many styles and genres,” he continues. “Heavier music has always been my love, but I’ve always been open to a broad range of music styles and genres. All of us are actually very open minded in that regard and are inspired by almost any music that demonstrates genuine talent, skill and emotion. It’s a bit eclectic and with some variation but you may find any of us listening to groups like Dead Can Dance, The Cure, Quicksand, Fugazi, Gojira, Godflesh on any given day.”

As is the generally the cast with most underground bands trying to make their way through a rather crowded scene, Hadea is taking the wait-and-see approach to live shows. With the collective members each having the usual spread of job and family responsibilities, the band is currently relegated to the one-off show here and there. One can’t fault the band – going broke over metal is pretty un-metal to begin with.

“Unfortunately at this time we all have to maintain full time day jobs to pay our bills so we are realistic about the situation,” says Corbett. “In this day and age, nearly all underground independent bands simply can not afford to sustain themselves without proper management and a booking agent, including us. We would love for nothing more than to be on the road traveling across the U.S. or Europe performing live every night, but we can’t be expected to go out of pocket every time when we go out for extended periods. If any booking agents out there want to help us out and get us on the road, we certainly will not turn them down. The problem is that it is much harder to get a booking agent than a record deal. The two are not mutually inclusive. In the mean time we will continue to play within a limited radius.” 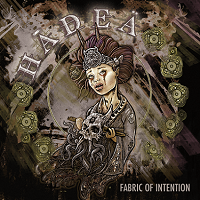