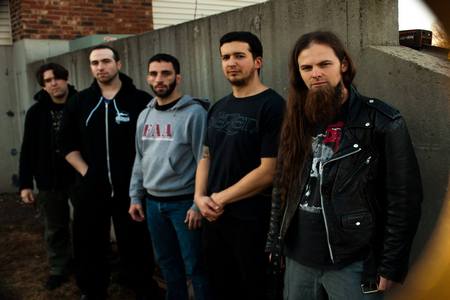 Combining progressive ideas into a death metal template can be a tough sell for newcomers – especially if the musicians on hand choose to whirl about intricacy and technicality without any sense of proper cohesion and catchiness. Their love of everything from the early technical death movement to old Metallica, Bloodbath, and Emperor means that their songwriting has that extra bite necessary to appeal beyond schooled musicians and into the hearts and heads of ardent progressive or death metal followers.

Their second full-length Sowing the Seeds of Destruction is this writer’s first exposure to the quintet, and has been one of my favorite self-released efforts of the year. Reaching out to the band following my review of this recording, guitarist Mark Lyon serves up information regarding this album, the intriguing cover art, and their live philosophy. The horizons are wide open, and Xenosis could be one of those American bands to gain a decent independent record label deal in the very near future.

Dead Rhetoric: What can you tell us regarding the early formation years of Xenosis? Did you know right from the beginning the type of progressive oriented melodic death metal you wanted to play, or did it happen out of natural growth, experience, trial and error?

Mark Lyon: Xenosis was born of two bands that were in writing/rehearsal mode, Sky Burial and Godfart. Both projects consisted of Gary Marotta on drums and our original bassist, Mike Schupp (RIP). I (Mark Lyon) was writing for Godfart, and our original guitarist, Alex Perez, was writing for Sky Burial. Gary decided to have Alex and me join forces and form Xenosis. We were progressive death metal from day one.

Dead Rhetoric: How would you compare your previous EP, demo and Haunted Skies efforts to the current release Sowing the Seeds of Destruction? What highlights and lowlights occurred that you remember?

Lyon: Our previous work was pretty much all self-produced. We had other people master it, but all of the tracking and mixing was done by Gary and Dave (bassist) of Xenosis. It is not recommended to have the same person track and mix a record. As much as we love the songs on Haunted Skies, we were not happy about a lot of things, including guitar tones. We made a wise decision this time around to bring the tracks to Nick Bellmore at Dexters Lab Recording to mix and master the record. We also tracked the guitars direct in order to make sure they were as tight as could be, and re-amped them at Bellmore’s studio.

Dead Rhetoric: What can you tell us about the cover art for the latest release- as far as who designed it and was this a process of collaboration between band and artist? How important do you consider graphics and imagery in your band?

Lyon: There were two folk metal bands on tour (Wilderun and Aether Realm). They asked Xenosis to book them into CT. When we played the show with them, we couldn’t help but notice Aether Realm’s awesome merchandise. We found out the artist was Jorge from Nihilist Design. We checked out his work, and decided this would be the cover for the Sowing the Seeds of Destruction.

Dead Rhetoric: Describe Xenosis in a live setting- what do you hope to accomplish and get across the audience? What have been some of your most memorable shows to date?

Lyon: We try to bring the full live death metal experience. Many prog metal acts stand like statues because the music is difficult to play. We in Xenosis think that’s lame. We go crazy on stage, no matter how complicated the music is. We have had many awesome live experiences. A funny story about a live show is that my hair got caught in the other guitarist’s headstock. We had to unwind it after the song.

Dead Rhetoric: Can you think of three to five albums or bands that everyone in Xenosis can agree upon as outstanding or benchmark acts that you aspire to be in league/company with?

Lyon: I’m actually not quite sure if there is a single album that we all listen to lol. Dave, Gary, and I have similar taste. We love Death, Meshuggah, Morbid Angel, Textures, Cannibal Corpse, and many many more. Vocalist, Jeff Haddad is big into Shai Hulud and Misery Signals. Lead guitarist, Ernie DelVecchio tends to be more into the shred guitarists like Guthrie Govan, Jeff Loomis, etc. On a local/regional level, we all love Replacire, Acius, Archaic Decapitator, 60 Grit, the list goes on.

Dead Rhetoric: Where do you see the state of underground metal in 2015? Has the internet been helpful or hurtful to the cause in the overall grand scheme?

Lyon: The Internet works in strange ways for underground music. In a sense, it causes serious over saturation. At the same time, it brings our reach far further than it would be otherwise. I notice metal heads from Russia, New Zealand, France, Indonesia, etc. liking our Facebook page, and downloading the album (both legally and illegally).

Dead Rhetoric: Who is the best musician/band you’ve ever seen in concert- it can be metal or otherwise? What was so special about that particular day/night?

Lyon: That’s a tough one! I personally love going to see shows when I’m not performing. Stevie Wonder on the Songs in the Key of Life tour was unforgettable. I also saw Snarky Puppy record their next album live in a studio in New Orleans. One time, every member of Xenosis went to NYC see Meshuggah together. That was an awesome experience.

Dead Rhetoric: Where would you like to see Xenosis in the next 12-18 months? Is it realistic to be able to turn this into a full-time endeavor, or are you content to pursue this during down time away from your regular full-time careers?

Lyon: We hope that Xenosis will turn us into billionaires, and that we will be able to find life on another planet to bring them the gift of progressive death metal. 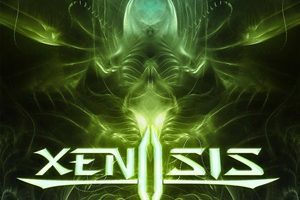 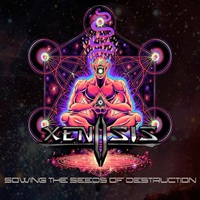