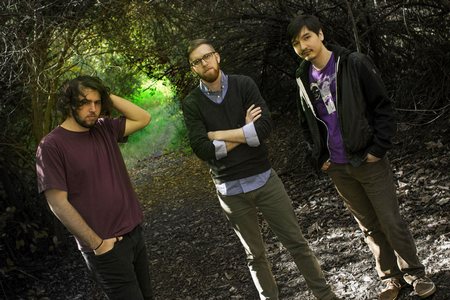 Living in a very healthy metal scene as New England, you expect many acts to move up the ranks and gain national/international attention based on the talent and execution level. Boston, Massachusetts is the home of Native Construct – a trio who as a result of their mutual love of progressive metal and convening at the same higher education institution for the Berklee College of Music felt the need to develop their own band.

If you have the chance to dive deep into their debut album Quiet World, you will notice this isn’t your parents or grandparents definition of progressive metal. Sure there are a number of twists, turns, odd time signature changes, and killer transitions – but you will also hear cross-pollinations of everything from light jazz and samba to airy new age, extreme metal, and symphonic flourishes. Unafraid to expand, explore, and share based on feel and intuition, the results and possibilities keep the state of progressive metal alive and thriving.

Shortly after making contact with guitarist Myles Yang, I felt the need to learn more about Native Construct and what their future holds. Expect the band to hit the road and prove to the masses that what you hear in the studio can be replicated in louder form in front of audiences. Take it away, Myles…

Dead Rhetoric: Native Construct started in 2011 as a result of three Berklee College of Music students in Boston, MA – how did the initial conversations go as far as establishing what direction you wanted to go in, and at what point did you know you had recruited the right musicians?

Myles Yang: As a kid coming to Berklee fresh out of high school, you find yourself in a strange situation where you’re suddenly completely surrounded by similarly aged people who are as excited about music as you are. It’s a bizarre experience. The natural reaction is to jam. A lot. And with lots of different people. So jam we did. And as you do this, you naturally gravitate towards the people who are doing things that align with your own interests. The initial direction for Native Construct was born of this organic process. Although we did have some more deliberate discussions on direction later on, once the project got a little more serious.

We played with a lot of different people, but we knew we had recruited the right musicians once we found people who were all genuinely interested in taking this project as far as possible, as opposed to just doing a casual for-fun thing.

Dead Rhetoric: How did the songwriting sessions go for Quiet World – as I understand the process from start to finish took a couple of years? Were there any particular challenges in the writing, recording, or performing process that had to be overcome?

Yang: By far the greatest challenge of making Quiet World was the fact that we were full time students at music school during the entire process. Getting through the super involved writing and recording processes while balancing heavy course loads was very much a struggle. There was never nearly enough time in the day to do everything we wanted to do. Since there were immediate deadlines for our school work, whereas Native Construct was just a personal passion project, the band ended up having to take a back seat and be put on hold many times. This, combined with our fancifully elaborate vision for the album and our nearly-nonexistent college student budget, meant it took us much longer to get the album done than we initially thought it would, but we’re really glad we took our time with it and gave it our best effort.

Dead Rhetoric: It is quite ambitious to develop a concept story for your debut – incorporating love, psychology, and imagination. Who came up with the story line, and did you run into any issues where music had to be re-written or modified to work better for the lyrics?

Yang: Developing the concept for the album was a collaborative process. We started out just writing some music, and the concept sort of came more and more into focus over time. There wasn’t any specific direct inspiration, but surely our appreciation for musical theatre, drama, and fantasy influenced us greatly.

The music and lyrics are interdependent, and both are indispensable to the storytelling of Quiet World. Since it was all developed in this holistic fashion from the get-go, there wasn’t any need for re-writing to make the different elements work together.

Dead Rhetoric: A lot of the nuances I enjoy on the record include the video game like keyboards for “The Spark of the Archon”, the light jazz/ samba break during “Mute”, and the almost Morse Code oriented guitar work against psychedelic clean vocals for “Come Hell or High Water”. How does the band incorporate these left field dynamics while still keeping things coherent and catchy so as to not lose the listener in a technical maze?

Yang: We keep everything unified and coherent through our strict commitment to thematics. Absolutely everything you hear on the album is derived from just a handful of basic themes. There’s a virtually infinite number of ways one can develop and vary even a single theme or motive, and we take great pleasure in exploring this. We especially enjoy exploring the more interesting and extreme paths of development, which is the reason we often end up with those left field dynamics you mentioned.

Dead Rhetoric: Your signing to Metal Blade had a little something to do with vocalist/keyboardist Tommy Rogers of Between the Buried and Me. How exactly did that come to be – as I know you’ve loved the band for many years (as Myles suffered a shoulder bite at a North Carolina show back in 2009)?

Yang: We recorded part of the album with Jamie King at his studio in North Carolina. Jamie and Tommy work together a lot, so Tommy ended up hearing our music. It turns out he liked it enough that he offered to do us the very generous favor of helping us shop the record around to labels. He was able to help us get in contact with Metal Blade Records, and we went from there. I’ve been a huge fan of Tommy’s work for many years, so it was quite a surreal experience. We’re really grateful for all the kindness he’s shown us.

Dead Rhetoric: What defines progressive metal for you? It feels like the field is very wide open these days compared to 20 or 30 years ago where Fates Warning, Queensrÿche, and Dream Theater set the bar…

Yang: Yeah, we certainly owe a lot to those bands and the forerunners of progressive music. It’s really exciting to live in a time where the idea of musically doing whatever-the-fuck-you-want is accepted and even appreciated. That’s what progressive music is all about to me.

Dead Rhetoric: Who designed the cover art – as I feel it’s another piece that gives a lot of imagery for the consumer to take in and process…?

Yang: The artwork for the album was done by an artist named Mario Sánchez Nevado. We worked closely with him to make sure every bit of the imagery was representative of the story we’re telling. We wanted to give our audience the opportunity to search for and find meaning in each detail of the artwork.

Dead Rhetoric: You plan on supporting this record on the road – but obviously will need to recruit additional musicians to pull this material off successfully. How are these rehearsals going, and what are your views on how Native Construct will be live in comparison to your studio work?

Yang: Rehearsals are going well! We’re working with some additional musicians here in Boston at the moment. Since Quiet World features a lot of extremely dense arrangements, and we don’t have the means to hire a full live orchestra just yet, we’re going to have to work with samples quite a bit to bring this record to the road. But of course we’re still doing as much of it live as we possibly can — it’s going to be a really fun show.

Dead Rhetoric: What aspects of spending your college career at Berklee do you believe you’ll be able to apply either in the work world or for the benefit of Native Construct?

Yang: As a composition major at Berklee, a large amount of what I’ve learned has been exercised in Native Construct already. As for other work, endeavors like freelance commercial composition, arranging, production, mixing, engineering, sound design, and teaching all benefit greatly from my college career.

Dead Rhetoric: Will it take another 3 years before the follow up album hits the streets – or have you already gotten a head start on composing riffs and parts for the next Native Construct record?

Yang: Since I’m done with school now and am able to really focus on this project, the next album will be a much swifter process. Inspiration is often fleeting and elusive, so I do my best to capture it whenever it strikes. So I’m always composing at least a little bit. Right now I have a big stack of ideas to be sorted through and considered for the next album.

Dead Rhetoric: If you had the chance to sit down and have dinner with 3 people, alive or dead, who would you pick – and what would the topics of discussion entail?

Yang: In spite of how vastly narcissistic this sounds, I think it would be really interesting to sit down with three versions of myself at assorted ages. The only thing I can be sure of is that we’d probably end up talking about video games at some point.

Dead Rhetoric: What are the plans for the rest of 2015 as far as Native Construct? Transcription books, videos, touring, anything else?

Yang: Our main plans right now for 2015 are touring and merchandising. We have some other ideas, but nothing set in stone yet. If you’re interested in following what we’re doing, we keep everyone posted at www.facebook.com/NativeConstruct and www.twitter.com/NConstructBand. 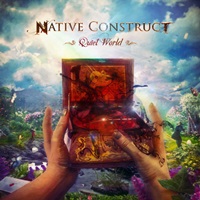