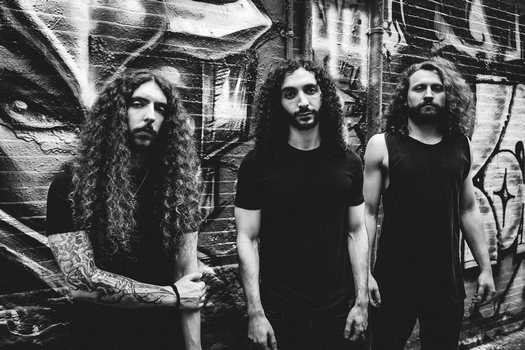 Dead Rhetoric: Being on the road with Dee Snider over the past couple of years Nick, have there been any specific takeaways you’ve learned as far as professionalism or performance aspects that you apply to My Missing Half – even though the styles are obviously night and day?

Nick: Interesting. When I’m on the road with Dee, there’s a lot less independence in terms of my job. I don’t have to set my amps up, worry about what time we are at the show. We have somebody driving us to the show, telling us what plane to go on, setting up the backline for us. People putting stuff together so I have a lot more time to just focus on what I do. Which is cool. When it comes to My Missing Half stuff, we are so involved in so many different roles and wearing so many different hats, the playing music part of us is one of the things we do the least for My Missing Half.

If anything my experiences with bands like My Missing Half, because of those experiences I think I bring more of what I have to the Dee band, than the other way around. It’s incredible to play those shows and festivals with Dee, the audiences, the production, the bands we play with. I’m around rock and roll and heavy metal royalty, legendary people all the time in total dream scenarios. You have to do your job among everybody else doing their jobs. One thing that I probably try to link back into My Missing Half is the physical performance of it. I’ve always been an active performer, and that’s a very big part of live bands.

Dee welcomes all that. It’s almost like the energy of those environments really kicks up how you do that. It’s really tough playing in a smaller band, you always want to give it your all on stage, no matter what the audience is doing or how they are receiving it. Sometimes it gets a little difficult to do. With the Dee audience I don’t have to worry about that, every audience is awesome. It made me think a little more when I play with My Missing Half – you have to drive it home and push yourself. Act like it is the 30,000 people. It’s hard but I’m a lot more motivated now to go for it.

Bijan: It’s interesting because everyone thinks you should give every show your all, even if it kind of sucks. There is a very noticeable difference when doing the Dee stuff for a while – I don’t think anyone has moved more on stage in a Monday night show in a blizzard than you (laughs).

Dead Rhetoric: The thing that Bijan was talking about taking every show seriously. He may not remember this, but the first time I saw My Missing Half was in Manchester, NH at a show where they only got 15 minutes to play as other bands ran over their time. They still delivered the show as if it was a 45 minute show…

Nick: And that kind of thing, not seeing the artist feed into the situation and still play – the way playing music makes them feel, being able to see that in a performer, it’s such another level of musicianship, performance, and another layer of the musician and art you are listening to.

Bijan: If you had told me that before or after that set that there was a guy in the audience that was going to wind up reviewing multiple records and doing multiple interviews, I would have said you were full of shit. We only played for 15 minutes – at a venue that will stop having shows forever. (laughs).

Dead Rhetoric: What has heavy metal meant to you personally – and can you think of a specific time during your life when an album (or series of albums) helped you through a challenging or difficult time in your life, and the power of the music helped pull you through?

Bijan: What is means to me is somehow separate from how it sounds. In my head, the sound of the feeling of caffeine or a ton of Adderall, it sounds like Adderall feels is how I would describe it. What it means, hitting you in the feels, is something entirely different. In many ways, it is somewhere between a coping method and a pick me up. It makes you feel stronger and connect with the musicians and audience involved. Even though we are by no means a political band, the work of artists like Thy Art Is Murder and Fit for an Autopsy in the last couple of records has been more of a socially progressive type of message. It’s weird, it’s bleak music-wise but there is this feeling of hope and there are other humans who think rationally. I’m hesitant to even say I acknowledge it’s importance, but those bands with all the emotions they put into those messages – an odd feeling of hope for humanity, which I can’t even believe I’m saying that out loud.

Nick: Heavy metal in general means to me, it’s stood for what I understand as a very complex and intricate genre. When I started diving into it on my own, I’d been playing guitar for a couple of years in the process of wanting to be a better musician. It has so much in it, the sky is the limit as far as technicality and ability, there is so many different styles and things to learn from it. I still am a quiet person that keeps to myself a lot, this music is a little different than what people listen to. A little more at home to me, especially as I could use it to play guitar better, which I cling to as my identity and have ever since I was 10 years old. It’s a place where I can learn a lot and expand a lot.

Dead Rhetoric: What does the next year look like for My Missing Half in terms of promotion? Are you hopeful to get more of a head start on the next release so there won’t be a four-year gap between releases, and would you ever consider doing some one-off covers or singles in the interim?

Nick: The term ‘four-year gap’ makes me want to vomit. (laughs). I hope… we have discussed moving away from the full-length album idea. We did it this last time because it’s the traditional thing, it’s what you do in heavy metal. Looking at the world now, and how things are brought down to no more live music right now, releasing a song every couple of months or just EP’s, it’s a steadier flow of content may be the way of going in the future for us. The only problems may be deadlines, or sacrificing for quality for quantity. That’s still up in the air.

Bijan: We don’t want to take four years, that’s for sure. This previous Christmas we did a cover of “Rudolph the Red Nose Reindeer”, so we will probably do something like that… I was very excited about that. The idea to do a cover and complete that cover in a week and a half, it was so quick to do. We may make more quick content like that. With the original songs, we may end moving away from the full-length with such a long period time between releases to more frequent ones – but we don’t want to be in a position where we are trying to finish an original song in just a few weeks. You need the time to let the song digest in the brain as you write it, and it can be a pretty technical piece of music by the end of it. Trying to speed that up could compromise that. 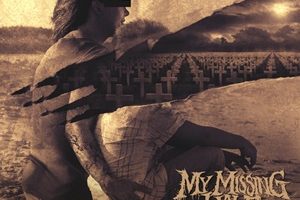 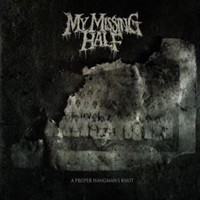