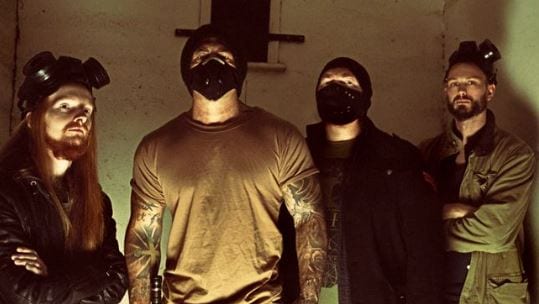 Dead Rhetoric: How do you feel about the support you are receiving from Mascot Records – do you think they understand what the band is trying to achieve?

Wells: I think they do now. At first, I think they don’t really have many metal bands. They understand what Teramaze is doing with the progressive music, more virtuoso – but Meshiaak it took a little bit of time to see where we sit and how they want to promote us. With this album, things now are really starting to come together. We have some really big tours that are being confirmed, and Mascot are right behind that. We have some radio play that’s coming in America, which we didn’t have before. The label is seeing the potential in us, and maybe a bit broader of an album helps. The album is broad because we wanted to do this. They are understanding what the band is now more than the first album, and it’s really cool.

Dead Rhetoric: What do you consider three of the most important metal bands that helped shape your outlook and philosophy of the genre as a whole? And what are some of your favorite albums of all-time that you reach to for inspiration or energy when you need that mental/physical lift?

Wells: Personally, Danny and I are fairly similar in tastes. Myself, albums like …And Justice for All. As a metal guitarist, that album made a fairly stagnant sort of thrash style almost progressive. It’s done in such an angst sort of way, it keeps the metal attitude. There is a lot going on, and that album changed my mind on what metal should be. Dream Theater and Pantera, Vulgar Display of Power. Some Slipknot, Sevendust- there are so many styles that I listen to and like, it’s hard for me to pinpoint. Dream Theater- Awake. Megadeth – Countdown to Extinction. As a kid, those albums shaped the metal side of me. I never really liked Kill ‘Em All, but Master of Puppets with a lot more melody. I like the melody colliding with the heavy, I suppose that’s why I come up with the fast stuff I try to do with Meshiaak now. Even some Slayer, Danny was into that – some of the early Testament albums too. And definitely Pantera.

Dead Rhetoric: Do you believe the Australian metal scene is at an all-time high in terms of reach and popularity, especially considering the bands now reaching international levels of appeal with greater label support and touring globally? What do you enjoy most about the scene, and what would you change (if anything) to make things stronger/better?

Wells: To be honest, we don’t really focus on the Australian metal scene because there are a lot of great bands here, but they are doing great things overseas. The people actually respect and want to get behind the bands – Australia can be a funny place because no one here wants to see anyone else here do well. It’s crazy – I’m all for all those bands like Parkway Drive, Karnivool, Twelve Foot Ninja – I think it’s amazing. They are all doing great things overseas, in Europe and America, they are seeing the potential of Australian bands. But in Australia, it’s a weird place to break out of. My focus as a musician has always sort of been overseas, because that seems to be the place where people listen to Teramaze and Meshiaak, and that’s where they are from. We have a fan base here, but it’s not enough to sustain any sort of career as a metal musician.

If someone goes and plays overseas from another band, you don’t hear about it from other bands. I’m not sure, maybe it’s just me. There are some really good bands in Australia for sure – there always has been. I supposed the internet has changed everything. I remember seeing bands as a kid and thinking these bands were phenomenal, bands like Allegiance and Hyperion, amazing bands- but they didn’t end up doing much outside of Australia. There aren’t enough people here to really sort of sustain a career. Parkway Drive… I think people here have gotten into them more since they’ve been bigger overseas. And that seems to happen with any sort of style of Australian band – once overseas takes notice, they say, ‘oh- that’s our band from Australia!’.

Dead Rhetoric: You also are in Teramaze – what’s the status of this band and does one act take priority over the other, or do you believe there’s plenty of room and creativity for both to exist for you?

Wells: Up to this point, I’ve been able to do both. With the writing side of things, that’s more my thing – I have just finished writing the new Teramaze album, for the next one. I have been talking to Danny to put ideas down for the next Meshiaak album – for me mentally that seems to work better than trying to do it all at once. Like now, when we are touring with Meshiaak, the Teramaze guys will be working on new songs, demoing them. But the next six months will be focused on Meshiaak – it goes in blocks, and having both bands on the same label, there’s no real collision of albums. All I do is write music, and because I produce both albums I’m able to spread them out and do them on my own time. It’s working (laughs) – I’m sure there have been some tour offers for Teramaze where I am like, hang on – am I humanly going to be able to do this? It’s about managing… who gets in first. If there is a Meshiaak tour first that’s the priority. It’s all good.

Dead Rhetoric: Do you believe your outlook on music and what you want to achieve as far as a career has changed from your early days that you picked up an instrument to your current activities today?

Wells: I don’t think it’s changed at all. I’m very much tunnel vision about what I like to do as a human being and as an artist. When I picked up the guitar, I felt like it was easy and that I was a natural. I could hear harmonies and music – I wrote hundreds of songs as a kid, and I wrote music before I knew how to play the guitar. That hasn’t changed at all. I love creating something that wasn’t there before. Now there is a song- if its good or not, it’s up to someone else to judge that. That hasn’t changed in me at all. I’ve taken a few things a lot more serious – the songwriting, and how to produce music to make sense to impact the listener. The production side wasn’t something I thought I would do, but I’ve come hand in hand with being in studios a lot and wanting a certain sound that I could figure it out for myself. That would be the only difference. I’m always searching for a better song, and see how far we can take this. With Meshiaak, vocally I am a singer myself. I’ve done lots of pop production – and I want to push Danny, let’s see what he can do as a singer. He did an amazing job on this album – he’s become a great singer, and that’s about the people you are working with to try to get the best out of everyone.

Wells: That’s a loaded question for me! A couple of things. People just believing things for face value. It’s like putting a murder together, people think well this is the truth, and start saying things that don’t make sense or don’t line up to what the circle of truth is. There are so many things in the world that we are being lied to about. I don’t know if it’s being an artist that I see those things and they frustrate me. All the times, things with medicine, things with schooling, the television is full of shit. It bombards people with wanting to think like this – and if anyone says anything against it, I suppose they are seen as crazy. And I think that’s actually crazy. You have to be able to look at both sides of everything.

Attitude these days – people are one eyed and whatever they believe could be 100% wrong. They don’t care, they don’t want to hear the other side of anything. Me- I want to know the truth of everything, and I don’t care how far down the rabbit hole I’ve got to go. I just want the truth, as a songwriter that’s a part of what I’m trying to express. Especially with Teramaze, I write a lot more of the lyrics for that band – and a lot of it is cryptic but it’s coming from a place of wanting to make people think. Not everything we are being told is right. There is a lot of manipulation that comes in the world, and a lot of it comes from our government, television. Just use your brain. It could be a better world if we accept people for who they are as well. Everyone can get along, not everything you think is right or everything I think is wrong. That seems to be a strange attitude nowadays. Especially towards bigger bands.

People go, ‘you can’t do that, you’re an idiot’ and blah, blah, blah. Slipknot, whoever it is. You don’t get a say in what these people do! Who told you that you do? Things like Blabbermouth – people go nuts. It’s cool to be passionate about something. For example, people trying to tell bands what they should be doing. You don’t get a say on that. Bands at any level do whatever they want because they are the ones busting their asses to do it. Somewhere down the line, people thought their opinion matters on something that’s got nothing to do with them. It’s crazy, that’s the negative I see. As an artist, I pull right back – I’ll do what I want to do with the people I want to work with, that are open-minded. The world has become a little bit close-minded. Either you are left or right – but you are both wrong. It’s us the people, and the people in the government, they don’t really care about us. If we understood that we have the power as people, regardless of religion, color, whatever, I think things would change. People are so divided and they’ve designed it like that. It brings massive division. I could go on for hours on this subject.

Dead Rhetoric: What’s on the agenda for Meshiaak, Teramaze, or other Dean Wells-related activities going into the next twelve months?

Wells: I’d say for the first part of next year, a lot of touring with Meshiaak. Some of them…are in place, there will be news in January. I don’t know if I will get the new Teramaze album recorded next year, we could do it but it’s up to the label. Next year for me as an artist will be 90% playing live and touring. I just finished recording an album for Vanishing Point, and looking to work with a lot more bands, especially from the grass roots. That’s pretty much everything to do with music, and then hanging out with my wife and daughter. 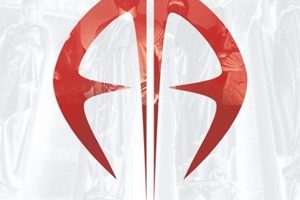