Mercyful Fate, as a functioning entity, has been inactive since late-1999. With King Diamond focusing exclusively on his namesake band, the status of Mercyful Fate has hung in the balance, even as the band’s position among cult metallers has grown over the years. Lest anyone forget the massive power of Melissa and Don’t Break the Oath, or the band’s underrated 90s output, including In the Shadows and their last album, 9, Mercyful Fate’s career bears no reason to carry on other than for the insatiable need for them to do so.

As a workaround, guitarist Hank Shermann has kept himself busy in several projects, the most notable being Force of Evil, which came and went in the early 00s. However, his latest project finds the axe-slinger teaming up with his old MF partner, Michael Denner, in the aptly-named Denner/Shermann. The band’s four-song debut EP Satan’s Tomb (Metal Blade) is the closest thing anyone will get to Mercyful Fate, while the addition of Cage/Death Dealer vocalist Sean Peck keeps the project out of tribute territory based on his versatile, un-King Diamond-like vocals.

With this in mind, we caught up with Shermann via phone to discuss life away from Mercyful Fate, the Denner/Shermann band, and, the period of time in which he stepped away from MF for more commercial pastures in the mid-80s. Here goes…

Dead Rhetoric: It seems like Sean Peck was the right choice for the vocalist spot. He fits in nicely with what you and Michael are trying to do.

Hank Shermann: It was totally the right choice. He possesses all the craziness and insaneness, and he’s a very lyrical person. His imagination is unlimited. He can do anything from King Diamond to Geoff Tate, he has it all in him, but what’s most important to us is that he has his own tone. That aspect, and he’s also a very strong frontman. That’s important nowadays to have a singer who can handle everything. He’s a pretty smart guy, so we are very pleased in what we have been doing with the first output, which was done in three months.

Dead Rhetoric: If we want to backtrack, you had Force of Evil going a decade ago. Any reason why that project stopped?

Shermann: We were signed to a Swedish label called Escapi, from Stockholm, and they were nice to us. They did the basics, but eventually they went bankrupt and couldn’t push on the band. The band, along with that [the label] evaporating, dissolved without putting a handshake to it. It just faded away. That is tough when a record label is not backing you all day and they go bankrupt, that’s a good reason. Maybe the timing of the band, maybe the front singer [Martin Steene] didn’t have that strong appeal. He did some of his best work to this date, but maybe he was not as a strong figure as say, Sean is. Even though they we had a lot of cool people in the band, it disbanded. On the other hand, we got to play in Greece, in Copenhagen, and Sweden. I think we played seven shows total. [laughs] We did a DVD, two albums, a gatefold vinyl; we got a lot of things done.

Shermann: I started in 2001 as being interested in shooting photos. Then I found out, that I have kind of a talent for it. It interested me. I was really enjoying it and I was so off into photography that everything else was not-existent. At that time, I was hired by a magazine here in Copenhagen, so it was modeling stuff, portraits, which were my specialty. I went to Spain with two models and a makeup artist. I only had been taking photos of my girlfriend at the time and suddenly I was hired. [laughs] I was so into it that I created webpages and I wanted to get into photography and make it a profession. I made some money in 2001 to 2005, but eventually if you have to make it in music, you have to devote 100% of yourself to it. Most musicians have to have a full-time job to even survive. But just decided to take, if I don’t have any money, I have a little, so I decided to focus on the music. That is what has changed in the last five or six years. I had to stick to what I had been working on for so many years. The good thing is that me and Michael got back together. The funny thing is, the reason why we even got to this, me and Michael wanted to celebrate ourselves and Mercyful Fate to the fans by playing some snippets of songs from Melissa and Don’t Break the Oath.

Dead Rhetoric: I saw the videos. They were great.

Shermann: They were simple: Just us sitting in a room with only two guitars. No click-track or anything. It was fun and it was cool; it seems the fans liked it. Out of it, it was a very natural step into making a band.

Dead Rhetoric: You and Michael have always had this chemistry. It was noticeable in the early days and when you reformed in 1993. What is it about him that makes you play so well together?

Shermann: For the early Mercyful Fate albums, they were recorded live. We went into the studio and recorded live. Michael was on one side and I was on the other. Even if we played the same riff, it sounded differently. The sound comes from your fingers and how you play it. He has his sound and I have mine. Those two sounds together, that was part of creating the original Mercyful Fate sound. Nowadays, I mostly record the rhythm guitars and he lays down the solos, which is his signature. That is another thing where we are different, in the way we play lead guitar.

Shermann: Yeah! The difference is that Michael is a natural born talent. He is up there with the likes of Michael Schenker. No matter what he does, he always plays it tasteful. All of his signature solos, and you can name the intro to “Melissa,” “into the Coven,” and “Evil,” he gave so many signatures to the band because his solos are always so theme-oriented. Whereas I can be totally crazy, going wild. Especially in the early days, I would just go haywire. Even though it was out of tune. [laughs] At least I added some energy. Nowadays, I’m focused much more on the lead playing. I’m a person who needs to rehearse a lot, keep up my chops and picking. Michael, he can go on vacation for two years, pick up the guitar and be fine. [laughs] We have two sounds that complement each other very well. Also, the playing styles are very good. There is a big variety; I start with a solo and Michael takes over. You can notice the difference and it’s a real pleasure for the listener. It’s not like two modern guitar players sounding like Yngwie Malmsteen. 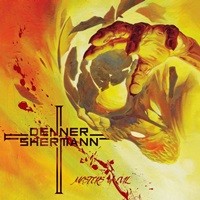 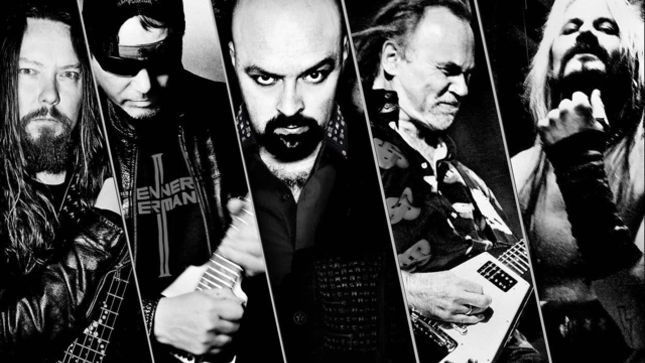