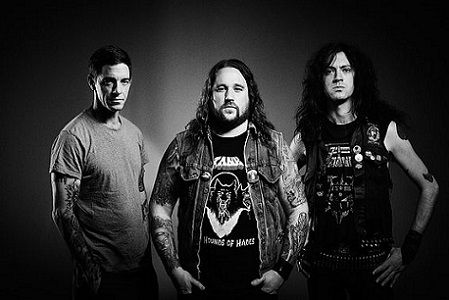 With summer right around the corner once more, it’s time for that inevitable push for new music before the heat comes rushing in. Reaching ever-closer to the midpoint of the year, 2016 stands just as tall as any other year in recent memory and there’s still plenty more to come. In this month’s edition, we cover BAT (pictured above), Buried Side, Darkend, Eversin, Feared, Joy, Kratos, Nemesea, Prag 83, Silent Delusion, Tides from Nebula, Vardis, Vex, Vulture, and Wildhunt. 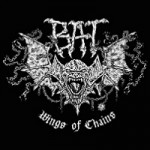 BAT – Wings of Chains (Hell’s Headbangers)
With Municipal Waste in a bit of a holding pattern (at least on the studio front; they are still active live), its members have engaged in a series of side projects, the most notable being Iron Reagan, and BAT. BAT are led by Waste guitarist Ryan Waste, who suitably handles those duties along with vocals. Wings of Chains is the band’s debut, a raw, raging display of classic speed metal with a light NWOBHM touch. Granted, you’re not going to get any vocal acrobats from Mr. Waste, but his biting snarl on the crispy “Ritual Fool” and “Rule of the Beast” works quite well in context with short, snappy songs. His specialty. – David E. Gehlke (BAT Facebook) 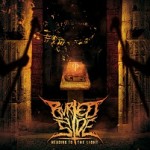 Buried Side – Heading to the Light (Self-Released)
Swiss deathcore isn’t really much different than American metalcore, but give Buried Side one thing: they at least make feign attempts at interjecting some odd elements into their sound. On Heading to the Light, the Swiss-men offer up a relatively standard and played-out foray into the nether regions of deathcore. Yet they occasionally splash in Middle Eastern elements, which in this context, is new territory to a degree. It doesn’t make much of a difference, though, for Heading to the Light is over-produced and definitely aided by modern technology. (This thing is simply too precise to think otherwise.) Throw another one on the pile, right? – David E. Gehlke (Buried Side Facebook) 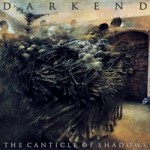 Darkend – The Canticle of Shadows (Non Serviam Records)
Explosive symphonic black metal with some guest appearances from members of Shining, Mayhem, Rotting Christ, and Absymal Grief – what’s not to love? Unfortunately there are some issues that hamper Darkend’s latest full-length. The first is song length. While Darkend does subscribe to the same format that bands like Cradle of Filth and Septicflesh delve into, there are a number of times that the songs simply run on for too long. They lack the necessary punch to extend the time frame in the manner they do, with symphonic segments or riffs that seem to go in circles. Secondly, the guest vocalist implementation isn’t as strong of a selling point as it could be, with oftentimes the singer sounding ‘there, just to be there.’ There’s nothing outstanding that is brought to the table with these sections. A statement that can unfortunately be applied to much of the album. Perhaps next time… – Kyle McGinn (Darkend official website) 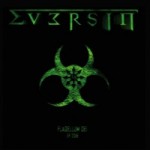 Eversin – Flagellum Dei (Club Inferno Ent.)
Italian thrash/death oriented band Eversin decide to get a little bit experimental on this four song Flagellum Dei EP. The title cut comes from their last album Trinity: The Annihilation, as does the closer “We Will Prevail” gone electro/industrial for this edition. The Sepultura cover of “Refuse/Resist” keeps a lot of the percussive spirit of the original, but doesn’t really supplant the walls of guitars and Max’s raw angst that makes the original untouchable. Annihilator, Slayer, and Death Angel come together most in Eversin’s riff and tempo approach – steady and stealth, but the industrial leanings aren’t really their cup of tea. Suppose that’s how EP’s should be – experimental for future outings. – Matt Coe (Eversin on Facebook) 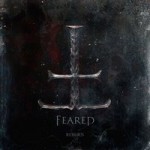 Feared – Reborn (Self-Released)
A usual stand-by in the world of Swedish thrash/death metal in the last few years has been Feared. Groovy, thrashy death metal with just enough melody to keep the listener’s interest at full attention throughout. In light of the band’s 10th anniversary, they went back and re-recorded/re-vamped songs from their first two releases, Rejects and Refeared, to get them up to the same level as their most recent releases. If you’ve heard the originals, these do truly make some improvements to them (all for the better), and if you have yet to hear these, it presents the perfect opportunity to do so. Hard to complain – good to see a band like Feared offering up some restructured tracks instead of just pulling out a cash-grab that regurgitates the same old tracks. A must-have for Feared fans. – Kyle McGinn (Feared on Facebook) 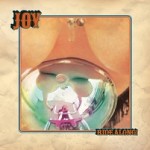 Joy – Ride Along! (TeePee)
Is it wrong to say Joy’s Ride Along! may only be enjoyable during the summer? As in, could one imagine those in the Northeast rocking to this in the winter? Eh, perhaps not, unless it’s “California Dreamin'” they’re after. But never mind that. Joy, as their name would suggest, a free-rocking, fuzzed-out power trio purveying a vintage rock angle like nobody’s business. This type of album leaves DR’s head scratching, if only for the fact FM rock radio stations still play the bands Joy was inspired by. Wouldn’t it make sense to play something new? Or, something new that sounds old? – David E. Gehlke (Joy Facebook) 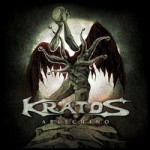 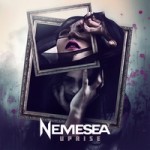 Nemesea – Uprise (Napalm)
Symphonic metal band Nemesea appear to take a shift into new waters with their new album, Uprise. For starters, it appears to be more alternative rock than symphonic metal this time around, with much of the riff territory veering into near-gothic territory alongside a heavy synth/electronic presence (which also pushes this direction). Nemesea spends much of Uprise doing their best impression of Evanescence, which they do seem to capture though it lacks in originality. There are some none-the-less catchy numbers, such as “Get Out” and “Time to Make It,” and Manda Ophuis certainly has the pipes to make it work, but the band would do well to put more of their own spin on things with their next release. – Kyle McGinn (Nemesea on Facebook) 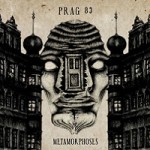 Prag 83 – Metamorphoses (Nordvis)
The fine folks at Nordvis sure know how to reel a writer in. In the bio for Prag 83’s Metamorphoses, they referenced Katatonia’s godly Discouraged Ones. This, of course, got this scribe to think it was a downcast slab of gloomy gloom metal. On some level, it is, minus the metal part. Prag 83 is the one-man product of Franz Kafkas, and on Metamorphoses, he turns in a chilling, reflective array of songs of the folk, singular acoustic guitar variety. Some of these jams have some real depth and persuasion, like “The Devil’s Heart,” while suitably morose “The Judgment” is a slow-builder, as Kafkas’s vocals moan and groan as if you just summoned the man out of slumber. A foreboding, sublime listen all the way. – David E. Gehlke (Prag 83 Bandcamp) 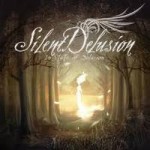 Silent Delusion – In State of Delusion (Self-Released)
More female-fronted symphonic metal for this month’s column, Silent Delusion’s first release takes an interesting route with 4 different female vocalists covering the 8 songs here (the vocalists cover different tracks). A pleasant surprise is how the guitars handle much of the weight of the material, with the symphonic elements often taking second fiddle to the riffs. This gives the songs a heavier feel than you might expect (see “Equilibrium”) as well as keeping things more cohesive with the different vocalists that perform on the various tracks. There’s a good balance between the heavier riff-centric moments and catchy choruses, with one of the best being the upbeat “Hollow.” It’s a strong debut, with some clear potential as the band moves forward. – Kyle McGinn (Silent Delusion on Facebook) 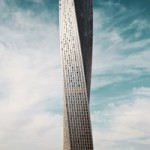 Tides from Nebula – Safehaven (Long Branch Records)
Progressive post-rock from Poland (say that ten times fast!) – welcome to Safehaven, the fourth release of Tides from Nebula. Eight instrumental songs that mesmerize, become hypnotically alluring and occasionally sonically abrasive (check out the waves of keyboards, jangly electric guitars, and progressive drumming on “Knees to the Earth”). Alex Lifeson would be proud of his varied Rush influence on much of Adam Waleszynski and Maciej Karbowski’s layered approach to this material. Understandable how the group can open for everyone like The Ocean and Riverside to Dream Theater and the Deftones. 43 minutes of serenity and explosiveness, challenging the mind and body at parameters edge. – Matt Coe (Tides from Nebula official website) 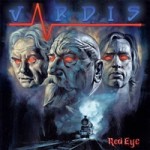 Vardis – Red Eye (SPV)
Leave it to nostalgia and re-releases to light fire under old musicians. NWOBHM band Vardis had a decent run from 1977-1986, as singles, EP’s and three studio albums hit the streets (“100 M.P.H.” the signature anthem). Red Eye is the first full-length since the 2014 return, only guitarist/vocalist Steve Zodiac going along for the ride from those early days – although the rhythm section has ties to Rick Wakeman and Adrian Smith’s blues band from the past. Expect 12 songs of blues-based metal, Steve’s voice smooth yet bard-like – many will boogie to the hooks within “Paranoia Strikes” and the early Def Leppard-ish “Head of the Nail”. Not really serving up any new take on the genre, appeases those with receding grey hairlines who strap on the leather from time to time and grab a beer or two down the local pub. – Matt Coe (Vardis official website) 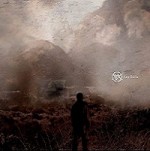 Vex – Sky Exile (Eihwaz Recordings)
Pretty neat idea for a concept album: Sky Exile is about the gaggle of abandoned houses found across the wild, HUGE state of Texas. There’s a narrative tucked in too, with the band wondering what happened to those who used to inhabit these domiciles. We dig. As for Vex, they’re a melodic death metal crew from Central Texas (obviously) who have been active since 1998. And clearly, they’re a matured, realized bunch, as the band’s intricate, but pulsating brand of melo-death brings all sorts of rewards, like the graceful “Antithetical Age” and labyrinthine “Dark Skies Painted.” An obvious winner. – David E. Gehlke (Vex Facebook) 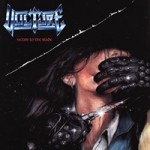 Vulture – Victim to the Blade (High Roller Records)
Scooping up this demo and pushing out as a proper EP release, Germany’s Vulture are another speedy metal band who thrash about with shrieking vocals, highly engaging guitar melodies, and the spirit of the 80’s a la Agent Steel meets early Venom if you can believe it. Only 3 originals plus an unbelievably faster version of Judas Priest’s “Rapid Fire”, but with high octane ferocity like “D.T.D. (Delivered to Die)” and the relentless title cut, do not be surprised to hear this relative newcomer (forming last year) hitting a lot of year end journalist polls to the good. Raw, relentless, youthful, and in a just world their next release will be a full-length. – Matt Coe (Vulture on Facebook) 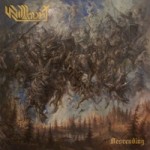 Wildhunt – Descending (Metal on Metal Records)
Unearthed from a Carinithian cellar in 2011, Austrian trio Wildhunt put forth a slightly epic, semi-technical brand of thrash on this debut full-length Descending. Anyone familiar with the chunky triplets of Germany’s Despair or the Bay Area veterans Heathen – along with the twists of say Coroner – will find the 8 minute-plus opener “Age of Torment” and stop/start, semi-marching/militant “History Deletes Itself” hitting the aural sweet spot. Mostly mid-tempo material that emphasizes progressive riffs and groove at the same time isn’t necessarily cool to all the hyper speed heads, but those who want deeper, musically-inclined offerings, Wildhunt aim to please. – Matt Coe (Wildhunt on Facebook)