Max Cavalera On Killer Be Killed: “We Created Our Own Monster” 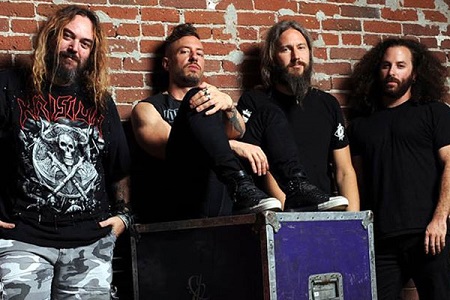 Forgotten after the Sepultura split debacle, formation and subsequent success of Soulfly, as well as the re-forged brotherly bound that founded Cavalera Conspiracy sits Nailbomb, Max Cavalara’s industrial metal-tinged side project with Fudge Tunnel’s Alex Newport. The band only last two years from 1993 to 1995, releasing the Point Blank full-length and the Proud to Commit Commercial Suicide live album, which captured the band’s only – and final – live show. And that was essentially the purpose of Nailbomb – to be a one-off, die leaving a good-looking corpse, and provide a fresh creative outlet for its constituents. The point was made, but not forgotten.

Wanting to strike the proverbial iron twice with Cavalera, The Dillinger Escape Plan’s Greg Puciato rounded up the Brazilian transport for a project in the same spirit of Nailbomb, but his best-laid plans went out the window when Mastodon’s Troy Sanders and former The Mars Volta drummer Dave Elitch joined the fold. The quartet quickly embodied the dreaded “supergroup” tag under the Killer Be Killed banner, but, for all intents and purposes, the band has made good on the assemblage of talent.

Their self-titled release (Nuclear Blast) succeeds in blending each member’s wide-range of influences, but one simply cannot resist Cavalera’s trademark riffing with the sometimes melodious vocals of Puciato and Sanders. It’s everything you thought the group would be…and everything you thought the group wouldn’t be. Keeping that in mind, Cavalera gave DR a ring to wax on Killer Be Killed, the “Black Carpet,” and the upcoming World Cup, which holds a special place in his heart…

Dead Rhetoric: In working with Greg [Puciato] and doing Killer Be Killed, did you have any Nailbomb flashbacks?

Max Cavalera: It started like that. It was very similar, especially how Greg approached me and how he sold me on the idea of Killer Be Killed. I wasn’t interested at first because I already had Soulfly and Cavalera Conspiracy and I was really busy. I was like, “Nah, I’m really busy, I don’t know if I can do this.” And he was like, “You gotta do this man! It’s going to be like Nailbomb, remember? You had fun with that shit!” He convinced me. I said to him, “Come over to Phoenix and hang out. It’s gotta be like Nailbomb – you have to come over here.” He came for a whole week. We wrote riffs, sang on a bunch shit, wrote the first two songs which was “Illuminati” and “Chloroform.” None of them made it to the record; they’re pretty punk rock and dirty and more raw-sounding, but it had a start.

Then Greg said he knew this great drummer, who was Dave Elitch who used be in The Mars Volta and he sent me a link. I watched him play and I was blown away – this guy is fucking amazing. I came to LA to jam with them and Greg was playing guitar at the time, which he doesn’t do in Dillinger, which is killer. He’s a pretty good guitar player. Lots of cool riffs came out of him. At the beginning, it was two guitars, me and Greg singing, and Dave on drums, but we needed one more guy, and we thought the best guy would be Troy because he can play bass and sing, and that’s when this became a supergroup. When Troy joined the band, we kicked to a whole new level. It became super-cool and super-serious. I realized when Troy joined the band that this is moving away from Nailbomb and become something different.

Dead Rhetoric: You always said one of the cool things about Nailbomb was the spontaneity of it all, that you and Alex [Newport] would come up with riffs on the fly. Was it a similar vibe here?

Cavalera: That spirit is alive in Killer Be Killed. We kept some of the original songs like “Face Down” and “Snakes of Jehovah,” but we did a lot in the studio. A lot of cool stuff was coming out of nowhere that were fresh. I love first ideas. I think a lot of first ideas are really great; very raw and natural, and when you starting thinking too much, you start to ruin it. A little bit of thought is okay. [laughs] A lot of the record was done in the studio when we recording, like Greg’s stuff like “Marrows” and the first song, – which came out of nowhere – “Wings of Feather and Wax.” We didn’t know that would be the first song, it was a regular song we had and I had a very Max opening riff. I did the second riff that reminded me of U2 “Sunday Bloody Sunday,” very poppy, not normally the shit I write.

We were going all off, I was writing weird melodic shit and was like, “You guys can put your vocals on it.” I didn’t know it was going to be that cool. When Greg and Troy put their vocals on it, it blew me away. A lot of accidents like that happened in the making of this record. We all knew we were onto something special while in the studio. Between us and the producer, Josh Wilbur, we felt we were creating something quite special. I always believed in Killer Be Killed’s potential in aligning these musicians from established bands, putting them in a bag, shaking it, releasing it, and seeing what happens. Something weird would have to come out of it. There’s too much energy going somewhere and it came out the right way in the songs. What I like most about Killer Be Killed is that it doesn’t sound like our own bands. It doesn’t really sound like Soulfly; it doesn’t really sound like Dillinger – I think that’s the least band it sounds like, and not really like Mastodon. We created our own monster.

Dead Rhetoric: If you look at it this way, the spirit of Soulfly, as you initially positioned it, was to work with as many different people as possible. You’re continuing that with this band.

Cavalera: I have this really easy-going personality that I make friends with musicians. They get very comfortable around me, and I’m not afraid of asking for certain things. Like when I did Tom Araya, I asked him to sing a Slayer part on my song and he thought it was a little weird. It took some convincing, “C’mon Tom, you have to do it for the fans.” I love it. I love working with people whose music I like. I’m a fan. So working with Troy, was great – I love Mastodon. Greg, I love Dillinger. The energy they brought to the studio was amazing. It was a really cool project to be a part of. When the sessions were done, I went back home and I was missing the studio time. It was a big bond. We’d spend the whole day together; long hours. Some of the sessions would start in 10 in the morning and go until 2 in the morning. You work on this shit to get it right. If you listen to some songs, there’s a lot of thought that went into the construction of the songs and it takes a while to put the songs together. We decided for the process we’d use these huge papers that Dave bought from Office Max. 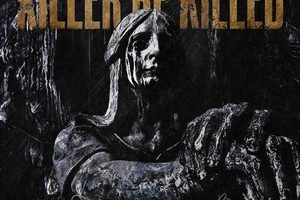 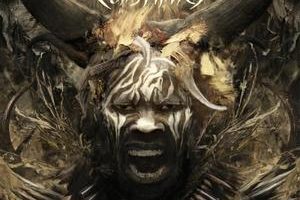