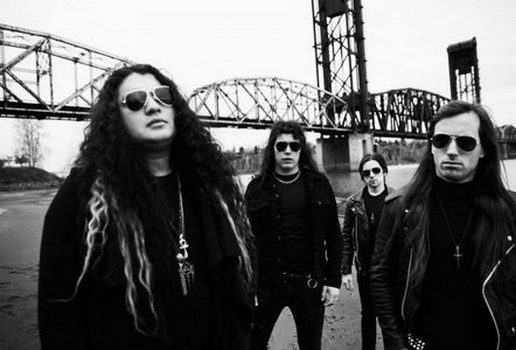 Historically I’m inclined to album experiences over standout songs. That being said, each of these songs warrant the focus they’ve received here. Like in years past there is no particular order to these as listed.

Panopticon – The Crescendo of Dusk

Schammasch – I Burn Within You 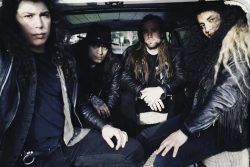 Biggest Surprise/Newcomer: Idle Hands
Though I saw the band consistently advertised in issues of Decibel and across various parts of the internet, it wasn’t until DR’s mid-year round-up that I finally took the dive and listened. There was no going back. The sophomore expectations are going to be astronomical.

Biggest Disappointment: While the bloated and overwrought Tool release or the ongoing Batushka civil war(s) are each disappointing, my biggest disappointment doesn’t even involve music but instead a musician: John Haughm and his ‘Jewbook’ comment that sent him into social media exile and essentially murdered his band Pillorian. It was dumb. It was dumb in the kind of vein that United thought it was an okay idea to drag a screaming passenger off a flight with cameras rolling because it was justified in their rules. This isn’t a plug for PC culture but for being a reasonable person. Just because you can do or say something doesn’t mean you should. The fallout from the event is testament to that. 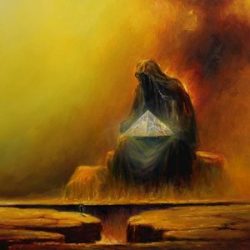 Best Cover: Mariusz Lewandowski/Mizmor – Cairn (See larger image HERE)
A different take on this idea this year as while there were many outstanding covers (in metal there always are!) what stood out more was the regular high-profile appearances of a single artist, Mariusz Lewandowski. Like many I was introduced to him with Bell Witch’s spectacular Mirror Reaper in 2017 (which struck me so that I bought the print and have the enormous thing framed in my living room). In 2019 he has featured on no less than eight releases, most prominently on the Mizmor cover I’ve included here. Another one to frame once (if ever) it becomes available, phenomenal work. 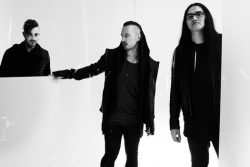 Best Concert: By default The Black Queen in DC
This show was notable as an experience more for peripheral experiences than the music itself. Though The Black Queen came across very well in the small venue yours truly made the enormous mistake of driving and paying to park nearby. Anyone familiar with parking in the DC area is likely audibly frustrated with reading that (as I was in living it). A pleasant night all in all, spent eating vegan quesadillas and sipping coffee while the urban night played out in sound (Greg loses none of his vocal power live).

Best video
Apart from ‘lyric videos’ I don’t know that I’ve knowingly watched a new music video in 2019. Is this what getting older is supposed to be like?

Most anticipated in 2020: Wolves In The Throne Room
Eigenlicht last year introduced me to a wealth of material through its members associated past bands that I’d never encountered before. The ‘Cascadian’ sound, when done right, is tremendous. Unfortunately, most of the prime examples have been largely dormant since 2012 or 2013. With any luck 2020 will begin a new era in the Cascadian sound, spearheaded by its most well-known band.

If you’re out there and listening Ash Borer, it’s time to come back.