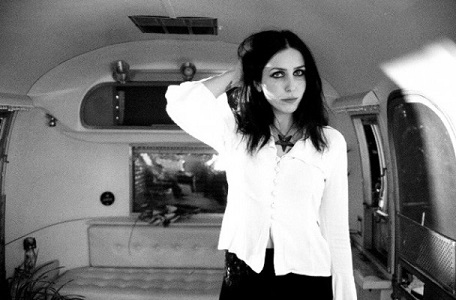 Songs always present a different challenge than albums because while an album may fail as a whole, it can still hold a gem or two in the form of a spectacular song. Most of what I’ve featured here hails from my album list and mostly all for the same reason. When I latch onto songs it’s usually because I can trance out fairly hardcore to them, and that’s likely a feature you’ll find in abundance throughout these ten selections. There’s no real ordering to them though they’re listed with numbers, just a highlight of what I’ve listened to most frequently throughout the year.

And yes, there are eleven selections on hand, not ten!

1. Chelsea Wolfe (pictured above) – “They’ll Clap When You’re Gone” (from Pain is Beauty)
I don’t think there’s a song that better encapsulates the overall vibe and nature of Pain Is Beauty better than this track. Slow burning till the emotional bottom falls out near the end, it’s a cathartic and painful burn to the end. (LISTEN)

2. Blaak Heat Shujaa – “Land of the Freaks Home of the Brave” (The Edge of an Era)
Spear-headed by Selim Lemouchi’s fantastic EP, I found myself exploring all manner of similarly-themed modern psychedelic rock, of which this song wound up being one of the foremost examples in finery and awesomeness. (LISTEN)

3. Palms – “Antarctic Handshake” (from Palms)
This album was a dream in the making and this song is a testament to that notion. Ephemeral and luscious, it’s everything you can expect from the album as a whole given the parties involved. (LISTEN)

4. Dream Theater – “Surrender to Reason” (from Dream Theater)
In an album stuffed to the gills with memorable melodicism, this one stood out foremost above all the others. Conjuring the best in recent neo-prog and garnishing it with a surprisingly vibrant LaBrie, this was my utmost favorite track from the self-titled. (LISTEN)

5. Deafheaven – “Sunbather” (from Sunbather)
The album title-track in this case also happens to be one of the foremost examples in how it beautifully combines its separate influences into a long and engaging whole. Searing from peak to peak of the course of its lengthy run time, this is the sound of a band operating at the top of its game and with stunning results. (LISTEN)

6. Ghost – “Depth of Satan’s Eyes” (from Infestissumam)
Oh man, the fat bottom end on this thing. On an album exploding with actual songs, this one stood out for its ridiculous amount of groove. The bassist has long been the unsung hero of Ghost and he proved it time in and time out on Infestissumam. He is the wings that gives the band license to soar, so to speak, and the results are AWESOME. (LISTEN)

7. Avenged Sevenfold – “Acid Rain” (from Hail to the King)
Though the majority of Hail to the King left something to be desired, the band continued with their ability to close out an album in grand fashion with this…I dunno, ballad-esque-like track. Poignant and familiar, it’s stuck with me long after the rest of the album has faded into obscurity, a shining testament to the idea that the band can be legitimately awesome when they try to be. (LISTEN)

8. Queens of the Stone Age – “The Vampyre of Time and Memory” (from Like Clockwork…)
Few things showcased the overall vibe of the long awaited new album quite like this track. Tightly crafted and melancholic, it’s a testament to the kind of experience you can expect to encounter with the album as a whole and is a haunting reminder of why it has stuck with me throughout the year. (LISTEN)

9. Carcass – “Thrasher’s Abattoir” (from Surgical Steel)
Though Surgical Steel only barely missed my top ten, this song is a brief showcasing of “Holy fuck, this is awesome.” (LISTEN)

10. Cult of Luna – “Vicarious Redemption” (from Vertikal)
The band has never been particularly beholden to minute indulgences in the meek and may this song forever be an embodiment of that fact. Across its many facets and modes, this is the band at their challenging best. (LISTEN)

11. Intronaut – “Milk Leg” (from Habitual Levitations)
Though the album didn’t make my top ten, this song is a luscious indulgence of spectacular bass playing and why I gave this album such high marks when it released earlier this year. Serene to the max. (LISTEN)

Biggest Surprise of 2013: Queens of the Stone Age. Not that QotSA released a fantastic album, but much moreso the fiercely melancholic mood of the album from start to finish. Still the go-to modern ‘rock’ band, Josh Homme continues to amaze with what he’s capable of producing, whether the tempo be fast, slow, or somewhere in between awash in vocal wonders that only seem to get better with time.

Biggest Disappointment of 2013: Trivium. After a number of steps backward with 2011’s In Waves, Vengeance Falls saw the band take a step sideways toward the generic with help of producer Disturbed’s David Draiman. All of the hallmarks of the band remained intact – the chops, the ability, but it was all driven sour by lackluster songs that seem weakly aimed for a radio-based crowd with none of the swagger or adventurousness the band sought in the past when it seemed hellbent on being the next Metallica. It could always be worse, but it’s a shame to see something like Vengeance Falls (and it’s obscenely generic album cover) mar the once promising flame for the band.

Most anticipated album for 2014: 2014: Behemoth + Mastodon. These were both featured at the end of 2012 as two bands I looked forward to most in 2013. Behemoth only barely missed the call and Mastodon made up for it by choosing a spectacular producer to move forward with (masterwork artist Nick Raskulinecz). That being said, I look forward to 2014 if only for the wealth of unknown treasures it is sure to bring as we move forward.

Well, that pretty much does it, here’s to a fantastic 2014! For a further indulgence of what I’ve enjoyed and listened to highly this year, please feel free to indulge this Spotify playlist, home to such notables as Watain, Fleshgod Apocalypse, Kanye West (gasp!) and Woe (seriously, ten isn’t enough): 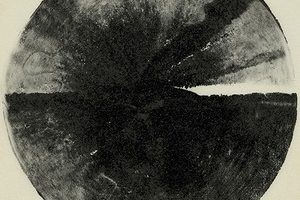