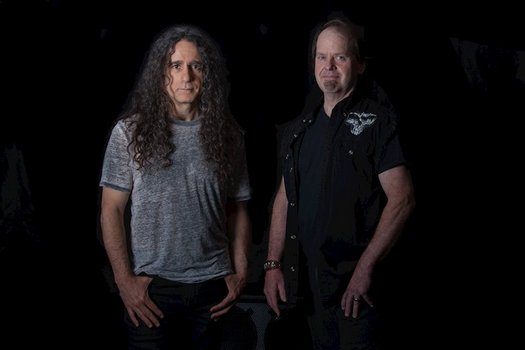 If you’ve been a faithful reader of these end of the year lists on the site, you’ll know that my top ten songs of the year usually puts the spotlight on other bands that didn’t necessarily make the top albums list – but I still feel are worthy of mention for their work and acknowledging them may lead to others discovering their quality output. Plus it can give me an opportunity to allow some self-released artists the chance to sit arm in arm with the label driven product – as now more than ever the lines can be blurred between what an independent artist can bring to the table in terms of creativity and professionalism these days.

Let’s get right to this, shall we? Here are ten songs that I feel are outstanding for this year, in a variety of metal styles depending on your discerning tastes.

10. Eclipse – “Viva La Victoria” (from Paradigm)
This Swedish act embrace more of their cultural folk roots in this specific track – while also injecting the melodic metal/hard rock traits that have made them frontrunners of the new resurgence of this long running style. Eclipse are catchy on all fronts, know how to keep you engaged, and singing along by this track’s conclusion.

9. Meshiaak – “In the Final Hour” (from Mask of All Misery)
An Australian metal band that combines groove, heaviness, and melodic potency – Meshiaak in this specific cut slice and dice through a forceful main musical hook that builds out in a circular way, combined with an engaging chorus that is radio-friendly. It’s the type of song that would make people rise from their chairs, swing their bodies back and forth, and elevate the energy in any room.

8. Dialith – “The Sound of Your Voice” (from Extinction Six)
Connecticut-based Dialith propelled themselves in the spotlight through their symphonic/power metal output on this self-released full-length Extinction Six. “The Sound of Your Voice” hits all the right aural buttons – an engaging main vocal, shifting guitar/keyboard activities, and rock-solid rhythm section mechanics. Kamelot and Leaves Eyes mavens would be proud.

7. Evergrey – “A Silent Arc” (from The Atlantic)
Capturing emotional depths and dynamic magnitude in the power/progressive metal genre unlike no other, Evergrey’s first single from this new album “A Silent Arc” contains everything one would want from the band. Engaging, heart-felt vocals, a darker, biting guitar undercurrent, a serene midsection sequence and then a building instrumental interplay with narrative elements that deliver a multisensory experience.

6. Novembers Doom – “What We Become” (from Nephilim Grove)
This Illinois band continually astound due to their outlook on metal – incorporating death/doom influences and non-metal aspects into this sound that mesmerizes while you succumb to the songs. “What We Become” has that hypnotic sway, through Paul Kuhr’s alluring vocal melodies, the driving double kick drums against a slower tempo, and the leveling, heavy guitar base.

5. Kryptos – “Afterburner” (from Afterburner)
Straight ahead heavy metal with thrash/speed inflections, India’s Kryptos with the title track deliver another street anthem that should go down a storm with all followers of the movement. Between the shout-along ‘watch out’ background vocals, pounding drums, and speedier guitar riffs, you feel transported back to the mid 1980’s when acts like Saxon, Accept, and early Metallica ruled the hearts of the underground.

4. Voyager – “Colours” (from Colours in the Sun)
Another Australian band who march to their own path, the use of 80’s keyboards beyond Tears For Fears-like vocals melts me every time – add in the progressive metal framework and you have a home run. The djent-like feel in a melodic context of the guitars while the drums shift in a militant Rush-like charge makes “Colours” an instant winner.

3. Insomnium – “Valediction” (from Heart Like a Grave)
It’s hard to decide who is the best Finnish melodic death metal act going these days – but Insomnium would be near the top based on their consistent output. Adding a third guitarist in Jani Liimatainen who can handle clean vocals to contrast Niilo’s natural growls, “Valediction” excels in creating that heavy to catchy contrast measure to measure – guitar harmonies abound in splendor.

2. The Offering – “Ultraviolence” (from Home)
A rhythmic swirl that surrounds itself with traditional, power, and groove metal nuances, The Offering prove that you can love Nevermore, Machine Head, Judas Priest, and Slipknot and have it make sense through songs like “Ultraviolence”. The tapping electric guitar volleys and rapid-fire snare hits intensify the layers of vocal melodies penetrating this arrangement.

1. Ghost Ship Octavius – “Edge of Time” (from Delirium)
Featuring past members of acts like Nevermore and God Forbid among others, Ghost Ship Octavius is a progressive metal band who willingly explore darker, gothic, and atmospheric textures in their sound. “Edge of Time” embraces outer galaxy textures and a clean calmness against a serene vocal delivery for the verses that rises to crescendos during the bridge/chorus. Definitely a song this scribe will be spinning until the end of time. 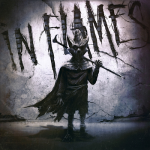 Biggest Surprise of the Year – In Flames – I, The Mask
Depending on your viewpoint of In Flames (or where you came into discovering the band), they’ve had a very steady change based on membership as to the style of heavy music they play. One of the original purveyors of the melodic death metal movement during the 1990’s, by the early 2000’s they had morphed into more groove, metalcore, and alternative rock pastures. I, The Mask as a record gives In Flames life as there seems to be a deeper emphasis on stronger riffing, better vocal melodies, and catchiness that gives hints to the past greatness of this veterans. 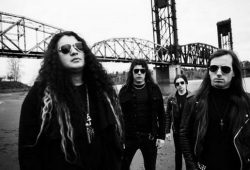 Best Newcomer of the Year: Idle Hands
Out of the remnants of Spellcaster we have Idle Hands – who released their first full-length Mana and have been impressing the world with their blend of heavy metal and gothic rock. It’s catchy, it’s unique in its melding of the two styles – and breathing life into the genre at a time where people love fresh blends of music if done from the heart. Great festival appearances and touring opportunities (currently on the road with King Diamond in North America) will only broaden the scope of their message and growing appeal.

Biggest Disappointment of the Year – Merchandise Prices at Live Venues
It’s sad to know that many venues take percentages of band merchandise sold at their establishments – which forces most bands to have to raise their prices to make a profit on what they sell, one of their bread and butter revenue streams to sustain a living on the road. It’s putting the squeeze on many consumers who can’t afford $40-$50 t-shirts – never mind the prices for hoodies and other higher ticket items. It doesn’t seem like the price ceiling has hit its peak on this aspect, so prepare to surrender your wallet if you wish to leave with tangible product after witnessing your favorite bands… 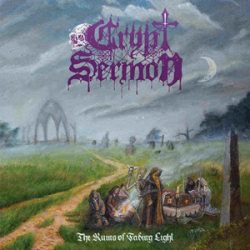 Best Cover Art: Crypt Sermon – The Ruins of Fading Light (See larger image HERE)
Beyond the obvious impressive music, Crypt Sermon also has an elite artist with vocalist Brooks Wilson who designed this cover. The best metal cover art to this scribe can draw out different emotions and appeal through deeper exposure – and that’s what you have here. The colors, the atmosphere, the characters all forming this moodiness and depth that envelops you even before the first note is heard. 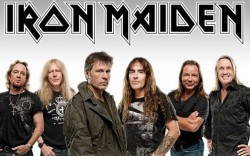 Best Concert: Iron Maiden – Xfinity Theater, Hartford, CT – August 3, 2019
It’s no secret that Iron Maiden set me off on a lifelong metal journey in 1984. 35 years later, they still deliver the goods stronger than ever, putting on an arena-level world tour spectacle for the ages. Even if you strip away the numerous props, stage banners, and video/ pyro/ lighting elements, the six-piece know how to entertain and enthrall the patrons front to back because of the connection and energy of the songs. Great varied setlist that included a mix of the classics, a few newer songs, and a couple of Blaze-era tracks. Up the irons again and again! 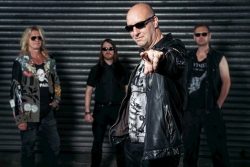 Best Video of the Year: Iron Savior – “Stand Up and Fight”
The brilliance of this video is in its relatable elements and simplicity. Two of the band members filming themselves driving in a car singing along to the track – you’ve seen it done by fans with other songs throughout social media, so why not turn the tables on the band themselves? It’s done with a sense of humor to showcase this veteran German band’s personalities – proving you don’t have to be bombastic or over the top to connect in heavy metal. 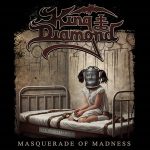 Most Anticipated album of 2020: King Diamond – The Institute
Yes, it’s been on my most anticipated list for a few years now. But with the release of the “Masquerade of Madness” single while on their North American fall tour this year, we know the finish line is near. It’s divine times for King, his profile and status higher than ever – with Mercyful Fate reunion shows to look forward to as well during 2020. May this be another blockbuster that this generation holds in high regard a la Abigail or Them.