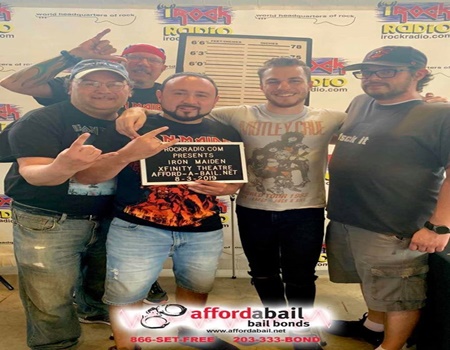 Another strong year for the metal genre for this scribe, variety continuing to be the driving theme of my top twelve albums. Doom/epic metal entries probably lead the pack this year – and not necessarily from one specific region of the world, as Canada, Pennsylvania, and Germany all have bands with entries on my list. There were mesmerizing albums as well from veteran musicians/artists who aren’t resting on their past discography, but willing to challenge themselves to draw out the best music and songwriting that they can muster for their legions of followers.

It’s been an awesome year for the doom/epic metal genre – so many bands releasing great product this year, bringing the spotlight to a style that maybe never really has been in vogue but always churns along for that slow, steady headbang. And many veterans continuing to up their game in an age where physical record sales are at a premium with all the internet/streaming options at the disposal of the consumers. Once again, certain positions at this point in the year may differ from their initial rating when first absorbing said release – as certain records gain better perspective with deeper exposure and time. Let’s get right to the lists and thoughts, shall we?

Even in my late 40’s, I’m still finding that there are quality releases in everything from traditional/power/ progressive genres as there are in extreme/fringe outlets – and that’s what keeps metal alive and well throughout the world. Here are my picks for the twelve best records for 2019 – a mix of the most spun material and the sheer quality contained within. 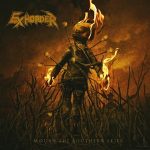 12. Exhorder – Mourn the Southern Skies (Nuclear Blast)
After a few false starts and twenty-eight years, Exhorder returns for their third album Mourn the Southern Skies. Their swinging groove/thrash metal combinations possess potency thanks to a deeper understanding of proper recording techniques in the modern world – allowing the material to kick ass and take names later. Bluesy in spots, these gentlemen still have plenty to say to the world – and they deliver just as much live as they did back in their 80’s/early 90’s heydays. 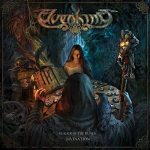 11. Elvenking – Reader of the Runes – Divination (AFM Records)
Folk/power metal masters Elvenking continue to refine and hone their craft on a fairly consistent release schedule. Reader of the Runes – Divination starts a new storyline, keeping the proceedings catchy on “Silverseal” while Celtic and cultural for “Eternal Eleanor” and grandiose during the almost eleven-minute title cut. It’s like Skyclad and Blind Guardian chose to collide in the name of a twin salvo of glory. 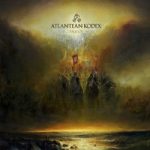 10. Atlantean Kodex – The Course of Empire (Ván Records)
Epic heavy metal with more doom overtones, German act Atlantean Kodex may have taken six years between records, but The Course of Empire as the third full-length is well worth the wait. Triumphant in a Bathory-Viking meets Manowar/ Candlemass montage – the mountain-top vocals glide effortlessly over the sturdy riffs and marching tempos. The songs average eight-ten minutes but never feel overloaded, and you feel the unity as one between band and audience at every turn. 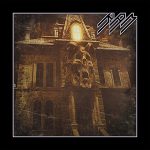 9. RAM – The Throne Within (Metal Blade)
Another European entity who embrace a style and sound from the 80’s, but endear themselves because of their willingness to stretch parameters without forsaking their core values to the heavy metal movement. The Throne Within brings a lot of Judas Priest, Mercyful Fate, and Accept-like aspects to the table – a ballad like “You All Leave” surely teetering on the edge of The Scorpions in terms of emotional magnitude. Confidence and execution win the listener over every time. 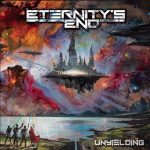 8. Eternity’s End – Unyielding (Ram It Down Records)
The second album from this international band, Unyielding pushes neoclassical power/progressive metal to that next level of intensity and sophistication. Ex-Hibiria vocalist Iuri Sanson is a perfect addition, allowing the guitarists Christian Münzner and Phil Tougas the chance to expand horizons with speed, bombast, and precision. Probably will change any pre-conceived notions you may have regarding this style. 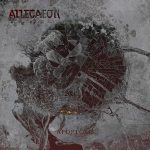 7. Allegaeon – Apoptosis (Metal Blade)
Colorado’s Allegaeon are at the top of their game when it comes to technical, melodic death metal for Apoptosis. Aware of that see-saw balance between intricacy and catchy passages on both the music and vocal fronts, these musicians create songs of a multi-dimensional capacity that you can latch onto something new and fresh every time you press play. Proof that both styles can sustain value for the consumer and produce a kinetic, frantic energy release. 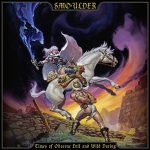 6. Smoulder – Times of Obscene Evil and Wild Daring (Cruz del Sur Music)
Canadian epic doom metal, Smoulder revel in a love of bands like Cirith Ungol, Candlemass, Solitude Aeturnus, and Gates of Slumber among others for this full-length. Hooks that pound for days, mystical vocal melodies, and that perfect old school sounding production encapsulates a satisfying playback experience each and every time the six songs air. 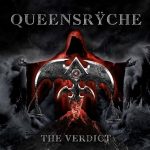 5. Queensrÿche – The Verdict (Century Media)
The third post-Geoff Tate album finds the band digging through some of their archives for riffs and ideas previously rejected beyond creating some new material. It’s evident that this Northwest progressive metal unit feel a new lease on life to travel where they wish to go – delivering songs that possess a lot of that 80’s charm that put them on the map in the first place. “Man the Machine” has a bit of that early The Warning atmosphere, while “Bent” explores those outer universe textures and powerhouse melodies we’ve come to expect over the years. 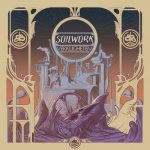 4. Soilwork – Verkligheten (Nuclear Blast)
Bands like Soilwork aren’t supposed to age as well playing a melodic death/groove thrash combination that often slows down or isn’t as inspired eleven studio records into their career. Verkligheten contains the dynamic blasting/harmony contrasts, catchy roars/smooth melodies from Speed Strid, and anticipation for the next movement based on songwriting versatility. The mid-tempo chug for “Full Moon Shoals” and the feverish melodic death sway of “Needles and Kin” prove Soilwork have plenty of creative fuel left in the tank. 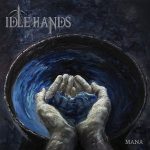 3. Idle Hands – Mana (Eisenwald)
Combining gothic rock of the 80’s/90’s in terms of guitar tones and vocal melodies with a traditional metal backbone, Idle Hands is receiving a lot of praise from critics and fans alike for their sound. Mana isn’t anything overtly new, but the combination of The Cure/Depeche Mode and Tears for Fears vocally over a sound that has a lot of pure metal mechanics separates them from the pack. It’s hard not to sing/clap along to winners like “Nightfall” and “Give Me to the Night” – headlining theater tours can’t be far behind if the quality continues to be this high. 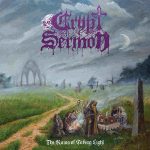 2. Crypt Sermon – The Ruins of Fading Light (Dark Descent Records)
Epic doom metal with nods to numerous darker or traditional influences, Pennsylvania’s Crypt Sermon may have taken four years to write and record their second full-length The Ruins of Fading Light – but it’s a stormer. Deeper dives in guitar play, drumming outside the doom box, and the edge of your seat vocals from Brooks Wilson make this a front to back exhilarating aural odyssey. “Our Reverend’s Hands” and “Christ Is Dead” are two of many to throw devil’s horns up in Candlemass/Solitude Aeturnus-like reverence. 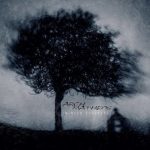 1. Arch/Matheos – Winter Ethereal (Metal Blade)
Veteran musicians put out a majestic record that is progressive metal brilliance. John Arch possesses a unique delivery that still shines decades after his start in Fates Warning, and Jim Matheos knows how to set him up in all the right places through his musical framework. Be it straightforward and powerful or epic and alluring, Winter Ethereal is a thoughtful record to be admired, devoured, and dissected well after 2019. 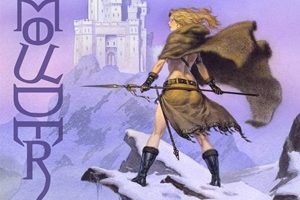