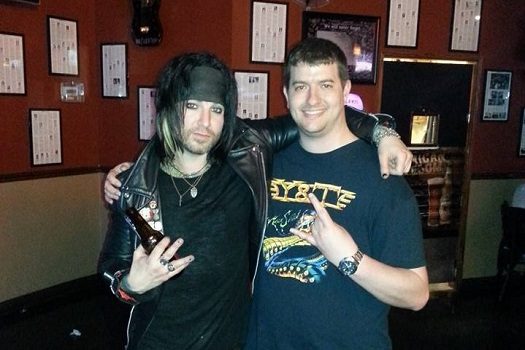 With so much music and so little time each year, it’s a constant struggle to stay on top of new releases. Despite our best efforts, we just can’t get to everything. More so than any year in recent memory, I felt that struggle this year. So as you’re reading through these lists, keep in mind that they were compiled based on what I actually heard or bought.

Since I know the struggle is all too real, I’m using my top 10 songs list to showcase a completely different set of bands than was represented in my top 12 albums. To be honest, a number of songs from my top albums would be included here, but I like to expose the audience to as much metal as possible, so here are 10 more bands/albums you should also investigate.

1. Evergrey – “Distance” (from The Storm Within)
No song released in 2016 rivals the opening cut from Evergrey’s latest album, The Storm Within. Drenched in dark, gothic overtones, the song features crunchy guitars, a healthy groove, and the pained, soulful crooning of Tom Englund. Not to mention the sorrowful chorus sung by a children’s choir at the tail-end of the song.

2. Serious Black – “Dying Hearts” (from Mirrorworld)
A bit happier-sounding than the forlorn vibe of Evergrey, despite the title, this bouncy number from Serious Black features an addictive melody, driving guitars, and another top-notch vocalist in Urban Breed. Especially love the swirling guitar melody during the chorus.

3. Allegaeon – “Gray Matter Mechanics – Appassonata Ex Machinae” (from Proponent for Sentience)
I’m not the biggest tech death metal fan (that award would go to Kyle McGinn at DR), but the talent possessed by Allegaeon can’t be denied. I’m not sure there’s a better song to illustrate this than “Gray Matter Mechanics.” The band combines crushing, dizzying tech death with beautiful, delicate flamenco melodies, and it works extremely well.

4. Let Us Prey – “In Suffering” (from The Saint of Killers)
Take the mechanized heaviness of Fear Factory, the infectious melodies of Soilwork and the technicality of Nevermore, and you’ll get an idea of Let Us Prey’s sound. “In Suffering” opens with an ominous keyboard intro before snaking guitar melodies, steady double-bass drums and churning riffs take over. And that chorus has a way of worming its way into the brain.

5. Haken – “1985” (from Affinity)
As the title implies, this upbeat number from progressive powerhouse Haken sounds as if it was taken right out of the decade of excess. It features electronic drum beats (in parts), bouncy rhythms and some Rush-like flourishes, a al “Roll the Bones.” Midway through, when things die down, it’s reminiscent of the softer side of Opeth (think “In My Time of Need”), while the use of some 8-bit video game melodies in the latter half up the nostalgia factor even more.

6. Light & Shade – “Drown in the Absurdity” (from The Essence of Everything)
This relatively new symphonic metal act features the dynamic vocals of Adrienne Cowan (Seven Spires), who possesses the ability to shift from Alissa White-Gluz-like guttural growls one moment to haunting cleans (or banshee wails) the next, each of which is used to great effect here. If that weren’t enough, the song combines playful, carnival-like melodies, with heavy riffs and a dark atmosphere.

7. Thunderforge – “Sound the Horns” (from Call of the Conqueror)
Massachusetts power metal quintet Thunderforge released their Call of the Conqueror EP earlier this year, which closes out in epic fashion with “Sound the Horns.” High-octane fretboard runs, propulsive riffs, and tight, locked-in drumming characterize this speedy, catchy slab of power metal, all with Adam Wayne Raphael Morini’s rich, melodic vocals soaring over the top.

8. Kissin’ Dynamite – “Hashtag Your Life” (from Generation Goodbye)
German hard rock sensation Kissin’ Dynamite really should be better known here in the States. Their bright pop melodies and memorable choruses would go over well. This particular song chronicles the ridiculousness of how beholden we’ve become to social media. Don’t be scared away by the “pop” term; these guys can play and are well worth your time to investigate.

10. Vandallus – “Running Lost” (from On the High Side)
Featuring members of the blackened speed metal act Midnight, Vandallus is a side project more in the vein of ‘80s hard rock when big hair and big choruses ruled the day. Think Dokken meets (earlier) Def Leppard. There were a number of songs I could have chosen to highlight, but I decided to go with the ballad. Not only does it boast a catchy, memorable chorus, but it kicks off with a bit of a Thin Lizzy vibe and slowly builds to the solo flourish at the end.

Biggest surprise: Guns N Roses reunion
Sure, the Helloween Pumpkins United reunion announcement was a surprise, as well as Arjen Anthony Lucassen announcing that he’ll take part in a special live Ayreon performance next year, but I honestly never expected to see Axl and Slash mending fences and once again touring under the Guns N Roses moniker. Not only did they (along with Duff, and even Steven Adler) make it a reality, but it was so successful that they’re keeping the train rolling into 2017 with a slew of recently announced additional dates. Get out and see ’em, if you haven’t! 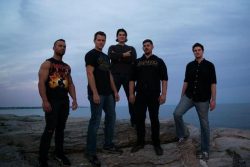 Best newcomer: GOLDENHALL
Showcasing an ability to combine a variety of elements and influences (everything from Nightwish and HammerFall to Manowar and Wintersun) into well-written, structured songs, as evidenced on their recently released, self-titled 4-song EP, this young band is one to keep an eye on. The true standout quality lies in vocalist Jason Shealy’s powerful baritone, operatically-trained pipes – a stark contrast to the traditional air raid siren vocals common in power metal. Despite their lack of live show experience, the band knows how to ignite the crowds, who join in whole-heartedly, throwing fists and horns into the air and singing along to epic tales of Tolkien-inspired lore. 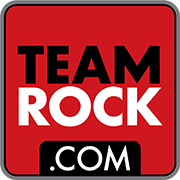 Biggest disappointment: Team Rock
One of the biggest disappointments of the year was the sad news of Team Rock declaring bankruptcy and close to 100 music journalists losing their jobs just before the holidays. Team Rock is the parent company to Classic Rock, Metal Hammer and Prog magazines, among others. Being a journalist myself, having also been laid off this year (don’t worry, I landed on my feet in a better situation), this news hits close to home. It’s a further lesson that in this day and age of free downloads, it’s that much more important to support what you love with real dollars. Be it CDs, vinyl, digital downloads, concert tickets, band merchandise, or even metal magazines, the people creating these works deserve to be compensated fairly, and as we’re starting to find out, it may also be the only way to ensure they all stick around. 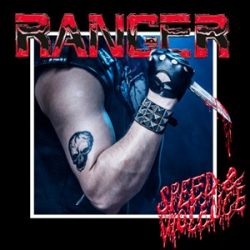 View larger image HERE
Best cover art: Ranger
Admittedly, I cheated a bit here, as this is a way to call your attention to another excellent 2016 release not included in my top 12. That being said, the image of a skull-tatted arm holding a dagger dripping with blood perfectly sums up what’s in store for you when putting needle to wax on Ranger’s third full-length album. Whirlwind riffs, lightning-fast tempos, and the wraith-like shrieks of Dimi Pontiac are sure to stir up the pits and wreck necks in the live arena. 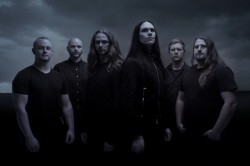 Best concert: Ne Obliviscaris
I was fortunate to see many fantastic live shows this year, but there was only one that stood above all the rest. No, it was not Avantasia in New York City, as special as that was. The honor goes to Ne Obliviscaris at Firehouse 13 in Providence, R.I. on Jan. 27. This show wasn’t even supposed to happen. Playing as direct support to Cradle of Filth on their U.S. headlining run, things got off to a rocky start. Visa issues on Cradle’s end forced the cancellation of the first four dates, including the Boston stop at House of Blues. With NeO already in the country and looking for alternative show options, in less than 48 hours a NeO headline gig was lined up at the Firehouse. NeO turned in an otherworldly performance; it was truly an experience I lost myself in along with the throngs that packed the tiny Firehouse. This was the best intimate club show I’ve ever seen. The only thing that made it better was the fact it was on my birthday.

Most anticipated album of 2017: Ayreon
Much like Tobias Sammet with Avantasia, Arjen Anthony Lucassen always has something special up his sleeve with his Ayreon project. The fact that a new album will be released in 2017 is reason enough to be excited, but what makes it all the sweeter is the list of special guest singers and musicians, which includes James LaBrie, Simone Simons, Floor Jansen, Hansi Kürsch, Tobias Sammet, Tommy Karevik, Russell Allen, and Paul Gilbert, among many others.