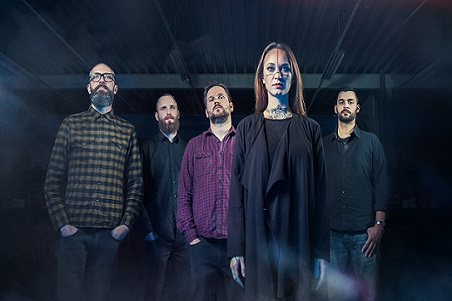 Spring is officially in the air, and with it a slew of new releases to consume and absorb. Albums squeezing out before festival season starts and the busy fall North American market surges. As always, there’s a mix of the good, the bad, and the ugly to take in. So take a look through the ranks of Begrime Exemious, The Body, Body Core, Close the Hatch, Deadly Carnage, Destructor, Distant Past, The Fifth Alliance (pictured above), InAllSenses, Minotaur, Narcotic Greed, Piss Vortex, Poem, Ragestorm, and Zyphoyd. 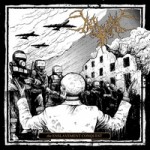 Begrime Exemious – The Enslavement Conquest (Dark Descent)
Canada’s Begrime Exemious bring us their third slab of black/death/thrash in its purest form with The Enslavement Conquest. Old school flavor, galloping riffs, and twisted vocals firmly in hand, the band is not one to bow down to the latest trends, and nor should they be. Plenty of classic death metal appeal coupled with neckbreaking riffs done in a timeless manner has no need for these things. They keep things somewhat melodic in their neck of the woods, but not in an overt manner. It all just adds to the charm of it all. Nothing is surprising here, but Begrime Exemious is at the top of the hill in regards to what they do. – Kyle McGinn (Begrime Exemious official website) 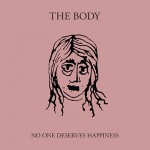 The Body – No One Deserves Happiness (Thrill Jockey)
Highly prolific of late, The Body (who comprise simply of drummer Lee Buford and guitarist/vocalist Chip King) rarely mince words, hence the curious album cover coupled with the even better title. Such nihilism usually shines through in the band’s sound, which while hardly unique or unconventional, can pull its weight. No One Deserves Happiness scours and intimidates as expected, with the sludge barreling through (and mucking up) numbers like “Shelter is Illusory” and “The Fall and the Guilt.” And as in previous efforts, no melody to be found, but this is where The Body works best—in unrefined elements, where the ugly rules the roost. – David E. Gehlke (The Body Facebook) 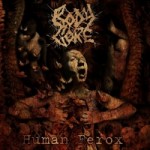 Body Core – Human Ferox (Self-Released)
Swedish death metal alone is usually description enough to both incite cheers and groans, depending on one’s personal taste. Body Core are back with their third release, and first since 2007 with Human Ferox. The Swedish death metal tag gives you pretty much the basic formula for Body Core’s sound. Seething death metal with plenty of melodic (not to the point of melodic death metal) to propel the band through ten tracks of brutality. Not without its quirks though, with “Cremains” alternating between moments of clean guitar and flat-out abrasive guitar/vocals before some melodic leadwork kicks in. It’s not enough to really move it out of the standard area, but enough to make it worth checking out if you are into the sound. – Kyle McGinn (Body Core official website) 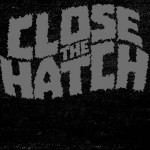 Close the Hatch – Death & Resistance EP (Self-Released)
A post-metal/doom crew from Dayton, OH, Close the Hatch reside in the claustrophobic confines where suffocating riffs and garish growls unite to create a suitably thick and heavy sound on their Death & Resistance EP. There’s four cuts here, the highlight being “When Street Lights Die,” a restrained, albeit Down-like number, with ample quiet/loud dynamics, the type that would equate the Dayton crew to something more than what they brandished themselves as. Nevertheless, a limited edition of this thing is also offered, featuring three extra songs and some cool-looking artwork. At only 50 copies, it should go fast. – David E. Gehlke (Close the Hatch Bandcamp)

Deadly Carnage – Chasm EP (Self-Released)
A band this good shouldn’t be operating under the Deadly Carnage name. Without having a listen to the band’s Chasm EP, DR was sure it was going to be an amateur stab at death metal. Instead, these Italians play a dreamy, alluring brand of shoegaze metal, complete with droning, yet melodic riffs, and clean, miserable vocals, of which are properly placed dead-set center in the mix. Their Chasm EP is a two-song effort, with “Hole of Mirrors” emerging as the best of the two jams, especially for its The Old Dead Tree-meets-Novembre action. A more thorough investigation of Deadly Carnage’s catalog is most certainly warranted. – David E. Gehlke (Deadly Carnage Facebook) 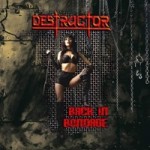 Destructor – Back in Bondage (Pure Steel Records)
Tenacious Cleveland, Ohio legends Destructor are back with their second full-length in Back in Bondage – 31 years after their Maximum Destruction debut. Demos, EP’s, singles, and live offerings have been steady throughout – the quartet content to pump out what they know best: energetic power metal the US way that occasional hits faster thrash terrain. Twin harmony guitars and power tempos straight out of the 80’s keep “Final Solution” and “Tornado” favorably achieving desired targets in an early Exciter meets Liege Lord in a controlled Forbidden dark alley park. Dave Overkill’s maniacal yet Phil Rind-like soulful wail is the icing on the cake for this 9 song effort. Don the leather and let the chains bind you again. – Matt Coe (Destructor on Facebook) 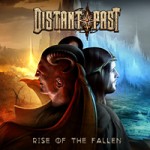 Distant Past – Rise of the Fallen (Pure Steel Records)
Ambitiously tackling the eternal struggle between Lucifer’s temptation and the teachings of God’s son in conceptual record form, Swiss act Distant Past on their new album Rise of the Fallen deliver 10 tracks of melodic heavy metal with progressive nuances. Gloryhammer singer Thomas Winkler is cast as ‘the son’ against the band’s normal crooner Jvo Julmy, harmonizing in upper charm on “End of the World”. Iron Maiden and 90’s era Megadeth appear to be two distinct influences – but the main hooks musically struggle to promote a ‘wow’ factor, even when taking on more of a speedier sheen for “Scriptural Truth”. Questionable appeal beyond hometown heroes here. – Matt Coe (Distant Past official website) 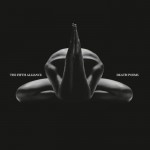 The Fifth Alliance – Death Poems EP (Consouling Sounds)
Released in October of last year, The Fifth Alliance’s Death Poems EP runs counter to several of post-metal’s unstated norms. The band has a female singer (Silvia), who is a real larynx shredder; they don’t employ a generic production sound ala their contemporaries, and, they’re not as privy to long, meandering numbers as one would think. Thus, their four-song Death Poems EP comes close to boil at certain points, like on the excellent “Fall of Taira,” where The Fifth Alliance gradually build tension and crunch, only to never allow the song to get out of hand. If only more “post” bands had such restraint. – David E. Gehlke (The Fifth Alliance Bandcamp) 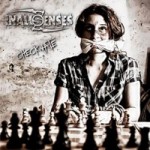 InAllSenses – Checkmate (Club Inferno Entertainment)
10 years in for this Italian act, who although describing themselves as death/thrash metal, their current EP Checkmate sounds a little groovier and more melodic than anything overly brutal or underground. Lamb of God meets Arch Enemy in a Bay Area 80’s dark alley comes to the forefront in the up tempo drumming and half-time transitions for “The Anthem of Revolution” and a little funkier at times for the follow up “New Automata”. Solid guitar chops, especially in the lead department for the Slayer-esque title cut. InAllSenses satisfies in this short term 4 track/17-minute format – but needs to break out of the hoarse melodic singing approach if they want to be taken more seriously. – Matt Coe (InAllSenses on Facebook) 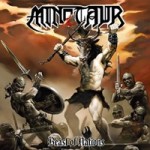 Minotaur – Beast of Nations (High Roller Records)
German thrash veterans Minotaur (together since 1983!) push their first product in seven years with the 4 song EP Beast of Nations. In 14 minutes we get a raspy, raucous affair packed to the brim with meaty riffs, heads down chugging, and pounding drums fueled with old school front to back tom rolls the Teutonic way. Copious amounts of Destruction and Kreator come to mind on all fronts (the latter prevalent in guitarist Andi Richwien’s Mille-esque similarities for screams and raspy delivery), although the chorus for the title track is more in line with the Bay Area for group participation. Original: of course not – but at least Minotaur are not copying from the new generation Exodus/Slayer/Testament playbook, and their conviction will carry them places. – Matt Coe (Minotaur official website) 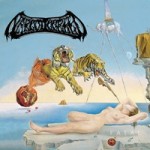 Narcotic Greed – Fatal (Divebomb Records)
A deluxe re-issue of this Japanese thrash band’s debut album, Fatal reminds us of the relentless energy factor that made a lot of foreign metal intriguing. Technical riffs at varying tempos make for a lot of thunderous, bullet train moments – Forbidden and Toxik would be proud of their mark on the quartet through “As the World Is Burnt” and “Future Kill” among others. Shrieking vocals from Ryouji ‘Dan’ Azuma remind me of a tolerable Sean Killian meets Russ Anderson, and the additional 1992 Crisis of Pain demo addition plus extensive 16-page booklet with interview and mixing/remastering brings this out of print product back to life. Score if only to prove there were some great bands during the 1990’s thrash collapse. – Matt Coe (Narcotic Greed on Bandcamp) 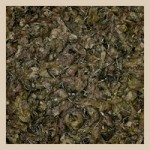 Piss Vortex – Future Cancer (Interdisciplinarian)
Coming out strong with their self-titled album back in 2014, Future Cancer continues to push the band along into crazed and frenzied waters. Sometimes quite akin to the likes of Pyrrhon, mindfuckery is the most astute description of Piss Vortex circa 2016. Lacing grindcore with dissonant and claustrophobic riffs, noise, and sludge, the short bursts of songs seem destined to leave the listener in a jarred state of mind. As with their full-length, they show they are more than mere noise-fiends with the atmospheric end to “Patterns of Repetition,” and gives a sense of the potential the band could have as they continue to fuse these elements into tracks in the future. It may take a few listens to absorb, but it’s worth the punishment. – Kyle McGinn (Piss Vortex on Facebook) 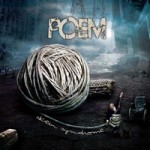 Poem – Skein Syndrome (ViciSolum Productions)
One of those releases that takes the modern edge of progressive music and gives it their own personal touch, Poem’s Skein Syndrome at times takes influences from a range of bands from Opeth to Tool to Porcupine Tree to Alice in Chains. Somewhere in the blur between progressive rock and metal, you’ll find Poem – taking advantage of the dynamics between heavier riffing sections with soaring and atmospheric melodies. Combined with some high-quality vocals that can add to the melodic range or increase intensity as needed, it seems Poem has the ingredients necessary to really reach a wide audience given the chance. The sound is familiar yet fresh, and well worth seeking out if you are in the mood for something progressive that keeps the reins close to ensure a quality song instead of pretension. – Kyle McGinn (Poem official website) 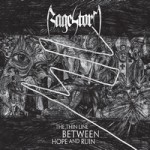 Ragestorm – A Thin Line Between Hope and Ruin (Sliptrick Records)
More Swedish death metal heading your way. Ragestorm keep themselves slightly aligned with the melodic side of the genre, owing as much to Slaughter of the Soul as they do the metalcore that followed it. Some chuggy mid-tempo riffs line-up between more galloping and thrashy moments, alongside some occasional softer segments of clean guitar. The lower vocals feel too high up in the mix, frequently creating a jarring feeling when they are front and center, really taking the umph out of the rest of the music. It’s a shame too, when the melodies of the title track are quite solid. Perhaps with the right mix, it would be more palette-pleasing, but A Thin Line Between Hope and Ruin runs in pretty familiar territory, where one fatal mistake puts them behind a number of like-minded bands. – Kyle McGinn (Ragestorm on Facebook) 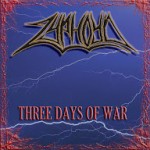 Zyphoyd – Three Days of War EP (Self-Released)
Simply a two-man group with the benefit (or deterrent) of a drum machine, Zyphoyd’s Three Days of War EP is a cyber, technically competent display of death/thrash. Really, this thing would be kicked up a few notches had they employed a human drummer, although given the band’s Australian locale, such things may not have been possible. Nevertheless, the jumbly, Megadeth-on-Annihilator riff action of “Relentless Tyranny” gets the nod here, as classic Floridian death metal grunts collide with atmospheric keyboards. These gents have done their homework; now, someone find them a live person to jam with on the drums. – David E. Gehlke (Zyphoyd Bandcamp)