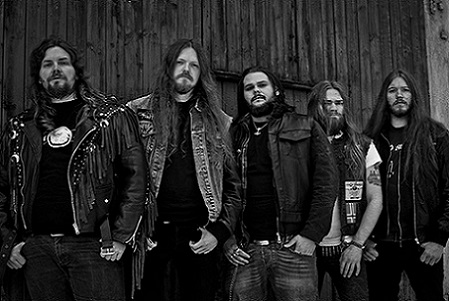 Maybe the most interesting band on Cruz Del Sur Music’s already well-stocked roster, Norway’s Magister Templi has proven to be a tremendous find for the label, boasting an elaborate, theatrical take on traditional metal. The band’s new (and totally excellent) Into Duat makes its impact via the highwire vocal acrobatics of lead singer Abraxas, thus bringing to light (or into the dark) the band’s occult edge, one that very obviously, is smart and thoughtful. It’s the type of material most of us aren’t used to getting from Norway, and given the warm reception to Into Duat, Magister Templi should benefit greatly from the unique spot they hold in their home country, as well as their own unique sound.

Here to wax on the new album and more, is the aforementioned Abraxas, and guitarist Baphomet. Read on…

Dead Rhetoric: As the old adage goes, most bands spend several years writing their debut, but the second album is always more difficult. For Magister Templi, Into Duat is better than Lucifer Leviathan Logos. Therefore, was the process in coming up with new songs hard after releasing the debut?

Abraxas: It was a bit harder, but once we got into it properly we had a nice flow. It was also fun because on the second album you sort of start from scratch, that made the writing process very intense and focused this time.

Baphomet: On the last album we kind of gathered everything we got from different stages of the band, so there’s a lot of thought put into those songs. This time, we really had no idea how the new album was going to sound like, we just started writing without thinking too much about the old stuff. Since we’ve grown a lot as a band, this album is tighter and maybe better, even though I like the somewhat schizo material on the last one.

Dead Rhetoric: The band’s knowledge of the occult, Crowley, etc. is quite strong. For the band, how much time and effort is put into researching these topics, then placing them into song?

Abraxas: Not very much. Most of that is old luggage. I have of course spent a lot of time on it, even written a Master’s thesis about renaissance Magic, but I didn’t know at the time that it was research for song lyrics.

Dead Rhetoric: Speaking of Crowley, what’s your level of interest in him? Is it comparable to that of Jimmy Page, who was for a while, one of the more famous Crowley followers?

Abraxas: I don’t consider myself a follower of Crowley (or anyone else, for that matter…), but we have a lot of common ground in the Golden Dawn system of magic and he has been a great inspiration at times.

Dead Rhetoric: How having things been with Cruz del Sur Music so far? They usually do a great job of finding unique and risk-taking bands.

Abraxas: All good, we just met up with the boss man when we played in Italy recently. Good times were had. I think that the freedom he gives his bands stimulates the uniqueness and risk-taking that you’re talking about.

Baphomet: Enrico is a true metal enthusiast and he seems to like bands that do things a bit different. He really gives us the creative freedom from start to finish and at the same time gives us great support and input from his experience in the music business.

Dead Rhetoric: On the musical end, where do you think the band fits? You’re not doom, but you’re not totally traditional.

Baphomet: It’s a good question that we always seem to have problems answering. Since we write music without caring too much about the influences that inspires a riff or vocal line, we have problems labeling our own music. Usually reviewers seems to do a better job here, even though it’s at times hilarious to see which bands people associate our music with, bands I’ve never heard before or don’t listen to at all.

Abraxas: I like to call it heavy metal. I think subgenres get a bit too narrow and in some ways limiting, at times.

Dead Rhetoric: To that point, do all of these endless subgenre tags bother you at all?

Abraxas: No. At the previously mentioned gig in Verona, we were announced as a “True Epic Power Metal” band. I don’t know what that is or if that’s what we’re playing, but I’m definitely not bothered by it.

Baphomet: I don’t think the subgenre tags are a negative thing, really. It’s very basic human behavior. We sort things to make sense of it and to confirm our identities. Even though we have problems identifying our own music in detail, we know we don’t play sludge doom. Sometimes it’s easier to say what we’re not, I guess.

Dead Rhetoric: The theatrical element to the vocals is fantastic. Should the time arise, have you debated on adding theatrics to your live shows?

Abraxas: That depends what you mean. I run around a lot and do some ceremonial magick on stage, I’ve also used Egyptian Eye makeup at times, but only when I can get someone to help me, because I’m useless at makeup, myself. There’s a lot of Verona now, but at that show we had some help from our good friend Emiliano, from the brilliant Italian epic doom band, Epitaph, who acted out the intro from “Innsmouth Look” with me and then ran rampant in the crowd and sang a verse with us. That was bloody brilliant! Emiliano is a genius… and a madman… just the way I like them.

Baphomet: I think our shows would turn very Spinal Tap rather than Kind Diamond if we tried to involve props and such. Alcohol and general clumsiness would make the whole thing a bit messy and awkward.

Dead Rhetoric: I read that you stumbled upon the painting for Into Duat. It’s a beautiful cover. What do you hope people will get from it?

Baphomet: I spent some time looking for a cover that would fit. I searched the internet for a long time for inspiration and found or stumbled upon Stefan Bleyl’s page on Deviantart, and the painting “Back to the Deep Lands II” just blew me away. We wanted to focus on the stories, not the hieroglyphs and stuff, so his painting was perfect. To me it was the gate to the realm of the gods in the middle of the river Nile.

Abraxas: I think we’ve been very lucky with our artists, so far. Karmazid, who did a t-shirt design for us, based on listening to the album is also a truly wonderful artist.

Abraxas: Never having played in one, I really wouldn’t know. But there sure are a lot of them. It takes quite a bit of skill to play that kind of music, though, so I doubt it’s just to join one…

Baphomet: You got some competition, you know. If you’re not really into black metal, don’t bother to try to set up a black metal band or join one in Norway. I don’t seem to be able to write black metal riffs. When I try it sounds like the kind of black metal I hate, so I’ve stopped trying.  Patriark, Grimmdun and Akoman has been playing black metal for a long time and been really successful with it.

Abraxas: We’re already starting to write some new material, but I’m not sure when we will be ready to do some more recording. Other than that, I guess we want to play live as much as possible… as always.

Baphomet: And we got Metal Magic Festival coming up in 2016, so be sure to check us out there. 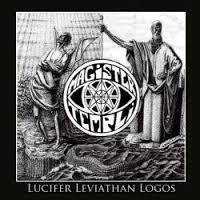