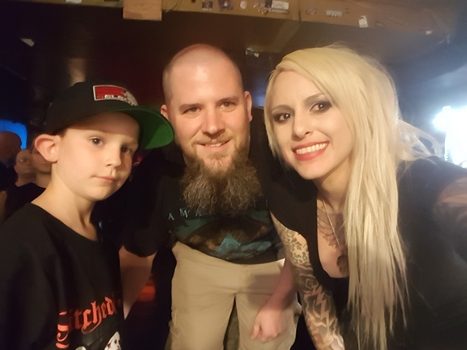 To simply say it again, 2016 was a fantastic year for metal. It seems like it gets said every year, but with a solid base of established bands that do their thing (or in many cases, go above and beyond) and plenty of emerging acts, designing a list of the best albums and dwindling it down to 12 is tough. Many bands get dropped from the on-going list (thankfully there’s also the Sifting Through Bandcamp list I get to work on).

Anyways, with one exception (for reasons you can see below), the top songs piece was again used to shed some light on some other bands that were not featured in the top album list. A solid collection of tracks on their own, but be sure to check out the rest of what these bands have to offer, as many just missed the cut off for the top 12.

1. Allegaeon – Proponent for Sentience III: The Extermination from Proponent for Sentience
There was no competition for this one – hard to beat the combination of Allegaeon’s killer riffs and a vocal duet between Riley McShane and Bjorn Strid. Talk about going out with a bang to finish off your album. But there is that snappy “Subdivisions” cover to round things out.

2. Countless Skies – Daybreak from New Dawn
This album just squeezed out of the top list, but this track effectively shows what makes Countless Skies so fantastic – rich, jaw-dropping melodies (of both the instrumental and vocal varieties) and emotive landscapes. A melodic death metal act to keep your eyes on.

3. Devin Townsend Project – Offer Your Light from Transcendence
Devin and company have more than proven themselves at being capable of writing big, upbeat songs that bore their way into your skull over the last few albums. This song is simply one of the finest examples of that. Put on a smile and enjoy.

5. Lacuna Coil – The House of Shame from Delirium
Quite possibly one of Lacuna Coil’s strongest songs to date, the surprisingly heavy track makes good use of Andrea Ferro’s snarls while Cristina Scabbia pulls off a chorus that’s bound to stay with you even after one listen. Sure to be a live favorite for years to come.

6. Katatonia – Pale Flag from The Fall of Hearts
Soft, acoustic, and as depressing as can be – it feels like this song was a natural progression from the acoustic reworkings that made up Dethroned & Uncrowned. As beautiful as a sorrow-filled song can be – the vocal layering is top notch as well.

7. Revocation – Crumbling Imperium from Great Is Our Sin
Continuing to make strides in the technically impressive yet song-oriented approach, this song gets the ‘stomper of the year’ award for its massive groove at the tail end of the track, sure to leave destruction in its wake at every venue. That is, if you make it through the crushing chorus riff first.

8. Evergrey – The Paradox of the Flame from The Storm Within
This ballad really tugged on the heartstrings more than any other this year. A stunning duet between Tom Englund and his wife Carina, their vocals carry much of the weight until the guitars pick up to wrap the track in a somber and memorable light.

9. Epica – Edge of the Blade from The Holographic Principle
The epitome of an Epica track – high octane riffs, bombastic synths and choir chants, and Simone Simons’ soaring vocals. Driving yet melodic and starts off the band’s latest album (after the opening intro) on a high note.

10. Inanimate Existence – Pulse of the Mountain’s Heart from Calling from a Dream
Inanimate Existence took some risks for a tech death band – adding female vocals and flute for starters. This track contains both, as well as the use of contrasting atmospheres that pull between technical yet melodic riffs and dark atmosphere. 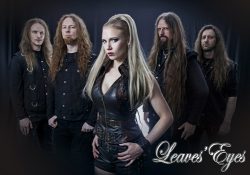 Biggest Surprise: Leaves’ Eyes/Liv Kristine split
A big fan of Leaves’ Eyes for many years (as well as Liv’s solo work), the news of the split between the act (as well as the separation of vocalists Alex Krull and Liv Kristine) came as a bit of a shock. The news spread like wildfire over the Internet, and as things do nowadays, became rather messy. On the bright side, Leaves’ Eyes didn’t seem to lose a step with new vocalist Elina Siirala now commanding the female vocalist spot. 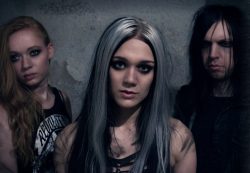 Best Newcomer: Forever Still
The band’s launch from independent band to Nuclear Blast’s roster this year should be an indicator for the success Forever Still is primed for. There’s a lot of bands gunning for the Lacuna Coil-esque approach, but Forever Still’s stripped down to the basics vibe leaves the listener with a raw and emotional experience (highlighted by Maja Shining’s vocals) that is tough to beat. Hopefully they’ll get some more exposure here in the States, as there is already a market that is already primed and ready for them. 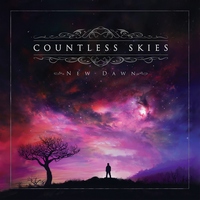 Best Cover Art: Countless Skies
Click here for larger image!
There’s not nearly enough metal bands that use purple on their album covers. The colors on New Dawn’s cover are simply gorgeous. And that’s not all – you can see re-occurring motifs from previous work (all done by Carl Ellis). Lots of little details if you investigate far enough into it! 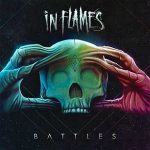 Biggest Disappointment: In Flames
Perhaps it’s silly to mark this one as a disappointment, but after the re-signing of the band to Nuclear Blast (for Europe at least) and the lead-off single, it seemed like there might be hope for In Flames after all. Sadly, Battles continues the same song and dance that the last few albums have touted, and it’s not for the better (for us crotchety old In Flames fans at least). No one was expecting a complete turnaround, and for what it’s worth, it’s slightly better than Siren Charms, but oh how the mighty have fallen. 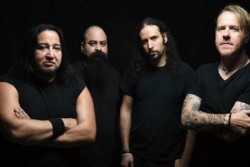 Best Concert: Fear Factory Demanufacture anniversary tour
I caught a lot of concerts in 2016 (arguably the most I’ve caught in a single year), but Demanufacture is the album that got me into heavy metal back ‘in the day.’ So being able to hear it played live beginning to end was practically a religious experience and will certainly be a fond memory for years to come. Sure, there were heightened expectations but hearing Demanufacture two nights in a row proved that album is still just as relevant (and fantastic) now as it was in the ‘90s. Plus Soilwork was their direct support – that’s a killer line-up, personally-speaking. Can we get an Obsolete tour too please?

2017 Anticipated: The Kennedy Veil
Three years since Trinity of Falsehood, The Kennedy Veil are finally ready to strike with their second album. One of my absolute favorites from the last few years, it was a frantic and dizzying (in a good way) rush of adrenaline. Let’s see how the line-up changes and time has progressed the band’s take on modern death metal.