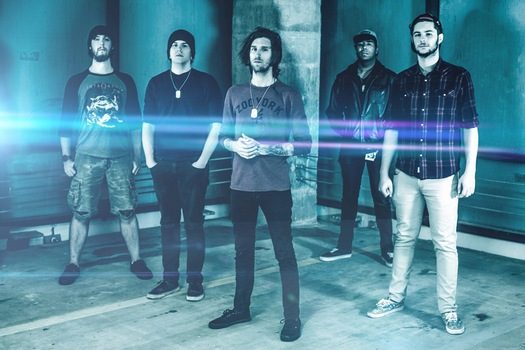 Dead Rhetoric: Any publicity is good publicity I guess…

Cece: For the most part. I’ve seen some bands that have lyrics that go out of their way – I actually made a post about this the other day – lyrics that go out of their way to be offensive, controversial, and polarizing. Especially politically. That is totally their choice. I know bands that it’s there whole gimmick. It’s not something I would do myself, especially because there are some people who are going to look at that, and you’ll lose fans. If you lose too many fans, you get a bad name for yourself and it prevents you from getting books for shows/festivals. I try to remain relatively neutral on things. But musically speaking, I don’t think there should be any boundaries on music ever. The point is to make what you want, and love what you make.

Dead Rhetoric: You mentioned these earlier, and I know that there have been several playthroughs that you have done lately. What do you like about doing all of them?

Cece: I personally make a lot of videos. I shoot a lot in my storage room. The audio isn’t that great, the video isn’t that great, so finally being able to have an official studio playthrough with lights and cameras, especially being in LA, was one of the best times of my life. It was super fun, and I’ve been sharing it like crazy. The response has been pretty good, and I’m super proud of that. So far, the only official playthroughs we’ve released have been my drum playthrough for “Maelstorm,” and Brian’s [Krahe] bass playthrough for “God Rays.” Hopefully they have had a great response and we are thankful for that. We have a couple others coming, a few guitar playthroughs and whenever we show our new vocalist, there will be a vocal playthrough that was his audition. I think they look great.

Brian did an exceptional job with his, arguably playing the most difficult song on the album. “Maelstrom” is really tough for drums, so I had to work really hard to get it perfect for the camera. I was really nervous when I got it back, because I hate watching myself play drums. I’m really happy with how Soultone did that whole thing and I am really thankful for them. I’m really thankful for my manager for flying me out to LA too.

Dead Rhetoric: As a newer band, what are things that you feel you need to do in order to be successful?

Cece: Wow, I don’t know if I can answer that question in less than 500 words. There’s definitely a business model that I learned while being at NC State and studying entrepreneurship that I have applied to this band personally. I think a lot of it has to do with stepping outside the box, and having different streams of socialization and marketing and affiliation. One of the things that helped us was having a song with Lucas Mann from Rings of Saturn. That was really where a lot of this started. Mount of Sacrifice was okay, but it didn’t get us anywhere near the recognition that the stuff afterwards has gotten. Maybe that’s because we have gained some traction, but I think it’s going to take a lot of work on our part to make it to the next step.

It’s going to make it or break it for this band, and I’m very nervous to see what happens. This is the part where a lot of bands either fall short or don’t end up making it work, for whatever reason. It does also take a bit of luck, I’m not going to shy away from that. Having a record label push our previous album out, set up the tour, and having the connections that we gathered through that was super helpful. I think a lot of it is going to have a lot to do with the connections we make. A lot with marketing and promoting ourselves independently as musicians as well as collectively as a band. That’s something I try to do with all the videos that I post. Overall, just being conscious of the engagement and really trying to gain personal fans and friends, as opposed to an arbitrary fan/follower that doesn’t really engage much. I think a lot of it is going to come down to personally devoting time to get out names out there and playing these festivals coming up. We have the Michigan Metal Fest with Whitechapel that is going to be huge. We might do another tour before the end of the year. We have a couple other festivals in the works as well. Stuff like that is going to help us. Some of it is just going to take time. Some bands blow up faster than others, and hopefully that will happen to us. If not, we are just going to keep working until it does.

Dead Rhetoric: Based on having a band that doesn’t have that distinct, “if you like ______, then you will like _____” sort of thing, do you find you have to work harder to get the band’s name out there?

Cece: Yes and no, because we still are for fans of bands like The Faceless, Rivers of Nihil, and technical death metal bands. It’s not like we are trying to sell dubstep to a bunch of metalheads. It’s still very much technical and underground metal. We are trying to find our own little niche in the market, but we are very much a part of the scene and the genre as a whole. I don’t think it’s going to be super tough. Yes, we cater to an unusual sound and we might not be for everyone. Some people just like old school death metal and don’t want the bells and whistles, literally, that come on our stuff. I think we have something for everyone, and I do genuinely believe that.

We have our songs that are more straight deathcore like “Immolation Fist,” we have the songs that are super proggy and ambient like “Terminus” and “Emigrate.” I don’t think that it’s going to be too much of a problem. Depending on how we market ourselves, we can gather as many types of metal fans as we can. I think it all depends on where we go musically, from here. That’s going to be the biggest thing, especially with our new vocalist. We are finding our foothold, and it’s worked decently in our favor. But again, going to the next step is a little risky. We aren’t really sure what we want to do, or what the market wants. We are trying to read that and plan ahead of the bell curve. It takes some strategy and risk, but I think we can execute it if we play our cards right.

Dead Rhetoric: You’ve mentioned the Michigan Death Fest and some other possibilities, but what other plans do you have moving forward?

Cece: Personally, I want to keep the ball rolling. I don’t want to lose any momentum. May has been kind of a quiet month for us aside from the playthroughs. We have been recovering from tour in our personal lives, financially, and trying to find the new vocalist. It’s calm before the storm kind of stuff. We want to keep playing shows and keep preparing/practicing the new material and trying to get it really tight. A lot of that is going to be marketing and social media stuff to get the name out there and gain more traction online. That’s something we all want to work at, and our manager has been working with us to develop a schedule and plan for things. Communicating with us on how to help the engagement and to market ourselves in a way that’s appealing and something that’s not stagnant and overused.

For me, personally, I’m just going to put out content. I’m going to try to keep gaining the following that a band and artist requires. Both for Krosis and for me as a drummer. I’ve seen that other people use their band as a platform to get themselves more of a following, separately from the band, while bringing back that same following to the band. It’s kind of a win-win. Trying to figure out how I want to do that is going to be tricky and take some time, but for now, everything seems like it’s going pretty well. Even if we gain 1 new fan a day. It’s something. As long as we keep going and keep moving, I think we will be successful in some way. I never thought we would have gotten as far as we have, and I’m very thankful and blessed to say that we have. I love all my guys, and the new singer fits in and he’s a pal to all of us. I think if we keep our heads on straight and keep looking for opportunities, it will happen and we will get there. We are going to take it day by day and hope for the best. 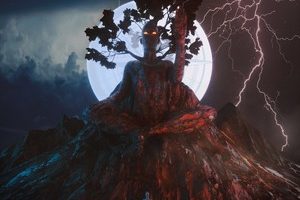 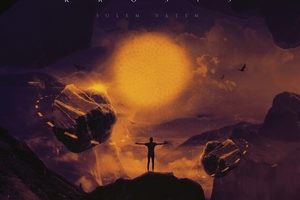