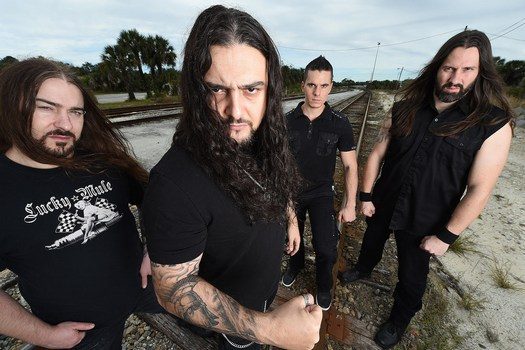 Dead Rhetoric: You re-signed with Nuclear Blast for the fifth time. Is it nice to know that the label has your back, so to speak?

Iacono: Of course, this is the label that discovered us. We were different. They were like, this is different and crazy – we want to sign it. We did it the old school way. There was no Internet back then – the Internet was a fax machine. So we were tape trading, and I think we sent out 800 tapes all over the world. We started doing fanzines – we would go to the post office twice a week and grab our mail and then one day there was a Nuclear Blast letter. It was the owner of Nuclear Blast saying that they discovered the demo and loved it. He wanted to work with us and asked if we were interested in having them distribute our demo. That’s how it started. We are talking about a completely different generation of doing things.

It’s hard for us to turn our backs now that there’s a good success with Kataklysm and say we need to switch record labels because of money or whatever reason. We could have done that but we never did. We stuck around with the people that believed in us from the beginning. We are, with Meshuggah, one of the oldest standing bands on the label that are still active now. Hypocrisy as well. We signed in 1994 – the label was only 5 years old back then. I think they just celebrated their 30th anniversary – it’s been a long time. This label is our home, and we are very proud to still be a part of it.

Dead Rhetoric: At over 25 years of existence at this point, are there any big goals that you’d still like to see the band achieve?

Iacono: There are. The European market for Kataklysm has been the biggest and strongest market. To the point that we do much better over there than even some really big bands in the US. We do that everywhere, but we have always struggled in the US. It’s been a difficult market for Kataklysm, because things change quickly over here. Kataklysm being hybrid type of band, people like to belong to something I believe, so one of the goals I’d like, especially on this record, is to get people to discover Kataklysm once again. It’s a very honest and organic album. It’s the right place to start listening to Kataklysm if you didn’t start before. This is a market that I want to work on more with this album. I haven’t achieved what I have wanted here, let’s put it that way.

Dead Rhetoric: It’s cool to hear that a band that has been around like Kataklysm has with the enthusiasm to still push forward.

Iacono: It’s part of that fire. I think that the moment that the fire is gone, it’s time to move onto something else. For us, it’s still there. We haven’t given up, and we believe that we have enough juice and creativity to make a difference – which is why we are still pounding away. Things are great – I’m not saying anything is bad. But on the media end, we haven’t been given a fair chance. I think this is a time where the band can make a good stand. With the right people behind it, it will.

Dead Rhetoric: How would you like to see the extreme metal scene change?

Iacono: For one thing, what I would really like to see is a return to rebellion. That type of mentality. When I grew up, listening to Slayer, I was afraid just looking at the cover. I’d see the guys and be like, “Holy shit!” I remember a time when the world was much smaller – there was no Internet where you would have an answer to something in one second. You had to wait for a magazine to come out or something. It was a different time, but there was this innocence about metal that I loved, and this rebellious factor that I think is lacking today. Everything is almost too happy.

It needs to go back – I remember when Vulgar Display of Power came out and it was a big fuck you to the world. To me, metal is about being the opposite of what’s going on. It needs to be aggressive and crazy, and I feel it’s lacking in my opinion. There’s no message behind the bands now. They aren’t saying something that’s rebellious and crazy. I don’t want to say anything that’s going to get me in trouble but it’s not what it used to be in that way.

Dead Rhetoric: I think it goes back to what you were saying earlier where everything is processed and it sounds the same.

Iacono: That’s the thing. Everything’s safe. Everyone is afraid of everything, and it can’t be like that when you are in metal. It’s beating the dead horse and doing the same old thing. It’s processed, and then they say metal is dead. It’s dead because no one is saying anything that means anything anymore. Back then, there was rebellion. People would hit them where it matters, in their heart about everyday life, or craziness where you could explore a different world. You listen to Slayer and you are smoking weed/cigarette or drinking some booze and you enter a different world. Now that magic has gone away.

One of the things we have done that’s different, again is that we went back to that old way of writing. Just doing organic things again – the aggression that came out on this record that wasn’t there before came out because we are together. I think that’s how magic happens, and I really believe that. I think the whole process needs to change – bands need to stop with “Here’s 20,000 riffs on a computer disk – let’s put a record together. Put a drum machine behind it and it’s done.” I think those days should be over, and people should realize the difference between that and people writing an album together.

Dead Rhetoric: What are your plans after the album is released? 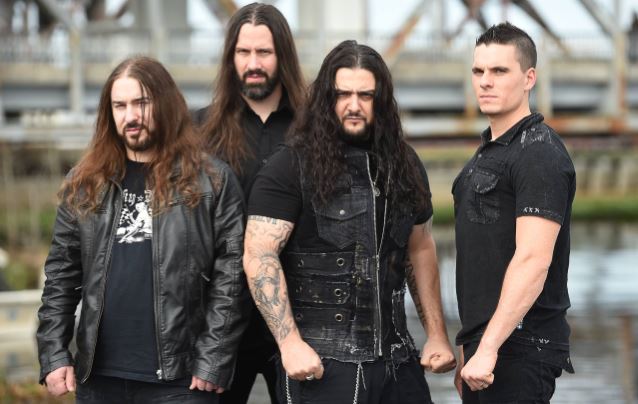