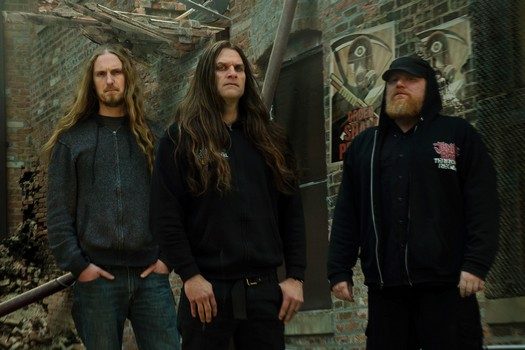 Dead Rhetoric: When looking at the Jungle Rot career, can you think of a specific benchmark you achieved either for records or tours where you know you were achieving a bigger or deeper following, either stateside or worldwide?

Matrise: The first thing that comes to my mind is when we did the Brutal Assault festival in the Czech Republic. That’s my milestone for the band – I’ve been wanting to do that festival for years and finally getting invited to do it, 20,000 chanting! That’s what fuels me still- to try to get there again. We are working on a European tour starting next spring and I’m hoping that we’ll get some good festivals going.

Dead Rhetoric: Where do you see the major differences between playing the clubs and smaller shows versus the festivals?

Dead Rhetoric: You also have an interesting career as a hunting teacher. Tell us about your work and what types of students come to take your courses? What are some of the keys that you focus on depending on the skill levels you teach?

Matrise: I landed a job as an outfitter and I do hunting safety. It’s a beautiful thing, it’s my first passion, music is second. I make a livelihood at hunting, so that’s my first thing. I cater to the rich- I’ll be straight up in telling you that hunting can be expensive. I sell the dream, I bring people out and give them memories and pictures. I’ve been doing this for 30 years now and I have a lot of repeat clients – professional high clients where I watch their kids grow up from 5-6 years old and they wait their whole lives to take their kids out hunting. This is passionate where we come from in Wisconsin, we are a hunting state. That first time when they come out when they are 12 years old and I get them their duck, or their deer, or bear – it’s very special man. I have Labrador dogs that I run for duck hunting and game hunting, I do bear hunts and deer hunts.

Dead Rhetoric: Has there ever been crossover where people discover you from hunting and are also into metal music?

Matrise: I keep things really personal, what I do. I had people from a show last night try to find me on the web, regarding the hunting business that I do. It’s all underground, word of mouth clientele, repeat customers so I don’t really need to have something out on the web as far as advertising. It’s very special man, I really like it.

Dead Rhetoric: Considering the attention given to gun control and mass shooting taking place globally, I am curious to know what your thoughts are over proper licensing and background checks these days? Do you believe there needs to be a system wide overall state to state or federally run for safety and security reasons?

Matrise: I do agree with all of that. I think most of your hunters and looking at it from the hunting aspect, we are 100% for that. The thing that gets us is when you start talking about banning. When you start banning the fully automatic weapons, what’s going to stop them from banning automatic weapons? Then you start affecting my livelihood, and people don’t understand how that can affect other people’s livelihoods. How many people are employed and making a living off of guns, you know? You need to start thinking on the other side of the fence, that’s why we have these debates. There’s more good than bad when you look at guns. People might not know that, but there really is.

I think any hunter is all for it- most of the hunts I do are bow hunting anyways. I don’t do much rifle hunting unless it’s big game where I will use a shotgun. We are for all of it. Why should there be thirty round magazines available, they should be harder to get.

Dead Rhetoric: How do you feel about this current tour package with Havok and Extinction A.D.? Do you enjoy these mixed bill tours these days versus older packages where it would be the same style band to band?

Matrise: Absolutely. I love the mixed match tour packages- getting in front of different people. Don’t get me wrong, I love touring with Obituary and stuff like that, they are brothers man and that’s a good tour. You get your selected fans in that package and it’s hard to get more out of it though. The key to any band is to figure out how to constantly gain new fans.

Dead Rhetoric: Do you think social media has helped out in that aspect, in the sense of keeping in better touch with your fan base?

Matrise: Absolutely. Kind of the way I look at … I’m probably a little older than you.

Matrise: I’m 48, I’ve got you by one year! (laughs). You remember the days coming home and looking forward to the mail with tape trading. You know what I’m talking about- I couldn’t wait to get home and find out what came in today. That’s the fuel- now if you look at the internet in another way, it’s kind of the same thing. Facebook will never be as special as the person that can write a personal letter, but when they hit you up on Instagram and you get back to them as you are personally involved, that’s the same relationship again as writing. You are getting to work directly with the fans.

Dead Rhetoric: Are you surprised with the resurgence of vinyl?

Matrise: I love the idea that vinyl is crazy right now- the kids finally caught on. It took them awhile- the kids are finally buying it. I wish things would just go back to vinyl, I don’t think we would have the problem we have with the music industry. The problem is, ITunes came out and changed the game forever. We are still the kind of band that people want to buy based on the cover art. It’s gotta be good!

Dead Rhetoric: Are you hopeful the Green Bay Packers will have a standout season with Aaron Rodgers back full-time after his injury last year?

Matrise: (laughs). You know I’m Packers for life! I should have got to the point- music, hunting, Packers. It’s already coming, in four weeks there will be football again. Packers will be playing, we are ready for revenge. It was a freak deal, it’s not a major injury. I think we are going to be good this year. The guy is something else. I love the heart attack Pack.

Dead Rhetoric: What’s on the agenda for Jungle Rot over the next year?

Matrise: We started late- I wanted to get the album out a little earlier but we had some problems with the mixing that delayed things trying to get proper tours. I can’t go out after October because that’s when hunting season starts. We have a couple of other little things coming up in September, one-offs. We are trying to gain momentum for next spring. When we can, we do have plans to play the new album front to back- I just want to give people time to process the album. Let it circulate a bit. The album is going over (well)- being in death metal, that’s something to say. 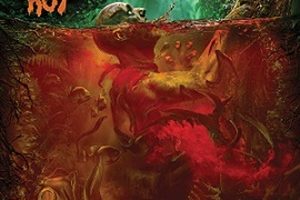 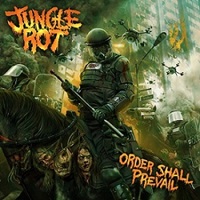 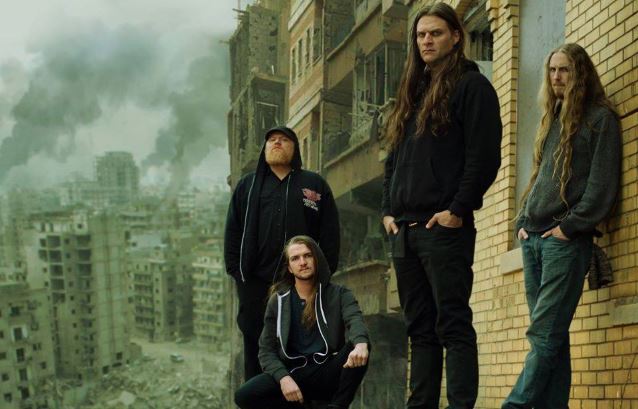