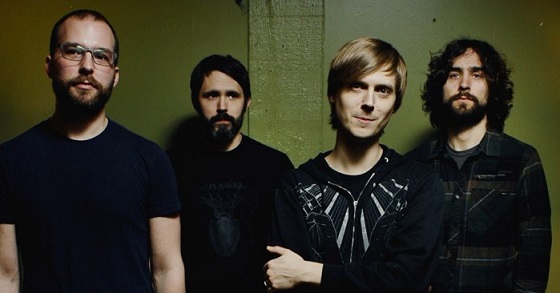 The halfway mark of 2019 has brought some form of clarity as to how the year is shaping up. Then again, we haven’t run head-first into the cluster of fall releases that so enthrall and consume our ever-wanting ears. So as we head into the warmest months of the summer and our friends in Europe lap up the spectacle that is festival season, here is the next round of Rapid Fires, our short review column. Up for debate this month is Alchemy, Timo Tolkki’s Avalon, Broken Trinity, Cro-Mags, Majestica, The Odious, Pelican (pictured), Power from Hell, Ravensire, Sol Sistere, Valborg, Walkways, and Whispers in the Maze. 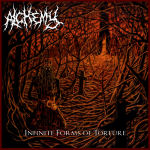 Alchemy – Infinite Forms of Torture (Self-Released)
A quick, off-the-cuff EP with three songs of old school brutal death metal was just what the doctor ordered in the case of Alchemy. From the cover to the over-the-top growls to the frenetic riffing, there’s a bit of the Cannibal Corpse vibes that harken to their earlier days (pre-Corpsegrinder). But as the songs continue on, you might just pick up on some impressive melodies that enhance the music. It doesn’t stop the piledriving carnage of the music, but gives a bit of a backdrop that you might not initially expect, but will definitely appreciate. A short but sweet combination of groove, brutality, and a keen melodic sensibility. – Kyle McGinn (Alchemy on Facebook) 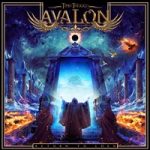 Timo Tolkki’s Avalon – Return to Eden (Frontiers Music)
Most know of Timo Tolkki’s importance in the power metal world through Stratovarius – Episode through Destiny in the discography personal prized possessions to this scribe. Since leaving the band, his work has been scattershot in quality, which hopefully has turned the corner for brighter times with Return to Eden. Quality singers abound – Todd Michael Hall (Riot V) shimmering in high octane splendor for “Promises”, Anneke Van Giersbergen vibrant and tender during the commercial-oriented “Hear My Call”, plus work from Zak Stevens (ex-Savatage) and early Elegy singer Eduard Hovinga to offer diversity on the vocal front. Five years of development in the songwriting and performances, Timo and his musical compatriots deliver a steady supply of melodic power/symphonic metal offerings at varying tempos – even reaching Stratovarius-levels for “Limits” while lush and serene as well during “Godsend”. Glad to see such a seasoned veteran hit his stride again. – Matt Coe (Avalon on Facebook) 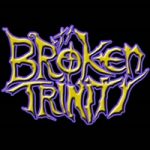 Broken Trinity – Demo (Self-Released)
Atlanta, Georgia band Broken Trinity chooses to mix up their epic doom metal foundation with aspects of black and thrash elements on their self-titled demo. Only two songs here – but “Robes of Purple and Gold” and “Culled by Odin’s Hand” each top out over six minutes, so you’ll get plenty of content to consume. Between the mix of clean, haunting melodies and blackened screams against the folk-ish twin guitar harmonies and natural low-tuned doom riffs, it’s obvious the trio love everything from My Dying Bride and early Paradise Lost to Solitude Aeturnus, just given a bit of a black metal/ Amon Amarth-Viking twist when necessary in terms of riffing, tempos, and versatility. Hopefully next time a human drummer can find its way into the Broken Trinity recording mix, but otherwise it’s a solid start if you love epic doom that’s a bit darker and heavier than most. – Matt Coe (Broken Trinity on Facebook)( 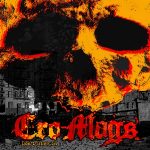 Cro-Mags – Don’t Give In (Victory Records)
Now just shortly after Harley Flanagan won the rights to the Cro-Mags name, Don’t Give In is the first new material from the band in 20 years. The punk/hardcore crew is certainly back in business according to the three songs presented here. Plenty of mid-tempo crunch and grit as well as attitude galore in the 5-ish minutes that are present. Given the time away, it may feel a bit short but the energy and passion is present, meaning there’s probably hope for a more significant release in the band’s near future. – Kyle McGinn (Harley Flanagan on Facebook) 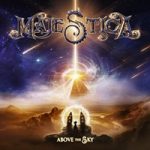 Majestica – Above the Sky (Nuclear Blast)
Prior to joining Sabaton as second guitarist, Tommy Johansson had another act playing speedy power metal called ReinXeed. Recording six albums, they signed with Nuclear Blast and changed names to Majestica – but the essential speedy, symphonic power metal style still reigns supreme on Above the Sky. Tommy’s natural upper falsetto vocal range matches the uplifting power chords and melodies, the keyboard orchestration and supplemental rhythm section mechanics a sure-fire hit with those into Helloween, early Sonata Arctica, and Stratovarius. The fun side comes out lyrically on tracks like the epic 8:18 “Mötley True” and 80’s/AOR-oriented “Night Call Girl”. Majestica should bring smiles to faces who love Tommy’s previous work – and probably gain new followers who are just discovering him because of Sabaton in the process. – Matt Coe (Majestica on Facebook) 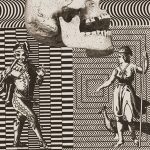 The Odious – Vesica Piscis (Self-Released)
Talk about a tough act to nail, The Odious are one of the more unpredictable acts that have come through the inbox as of late. There’s much to absorb as the band goes from bouts of math-metal extravaganzas, thick and funky grooves, progressive death metal with tech flourishes, and even some soaring Devin Townsend-inspired walls of sound and epic-ness. Toss in some vocal variety that does extreme roars/shouts/etc as well as some almost Alice in Chains-esque cleans and you’ve got quite the formula. It’s almost better to listen to Vesica Piscis without any real pre-conceived notions and just take it in for what it is. Those who enjoy complex music that is chock-full of nuance are going to dig this one quite a bit. Pure prog goodness! – Kyle McGinn (The Odious on Facebook) 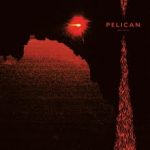 Pelican – Nightmare Stories (Southern Lord)
Permanent residents of the instrumental post-metal sphere, Pelican haven’t quite been able to match the spaciousness of their The Fire In Our Throats Will Beckon the Thaw sophomore foray, but that’s understandable — few instrumental albums stack up. But, Nightmare Stories is riddled with some of the band’s most inspired riffing and clever arrangements in the years, notably opener “WST,” which pushes forth with tenacious bass rumbles, while Pelican’s flair for dynamics is brought back into the open on “It Stared At Me” as well as “Full Moon, Black Water.” – David E. Gehlke (Pelican Facebook) 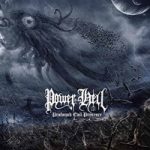 Power from Hell – Profound Evil Presence (High Roller Records)
Purveyors of blackened speed/thrash since 2001, Brazilian band Power from Hell have released five full-lengths, three EP’s and a split with Whipstriker, now onto their sixth full-length for Profound Evil Presence. Expanding to a quartet with a second guitarist while adding a new drummer (welcome Bloodhunter and T. Splatter respectively), this is an evil mixture of Venom, Bathory, and early Onslaught intensity – abandon and fury in an old-school distant production platform. Guitarist/vocalist Sodomic prefers drenched reverb intensity to accentuate his growls and screams – while small segments of melody appear in slower sections of “When Night Falls” and the tremolo-picking for “Diabolical Witchcraft”. Reaching Fenriz approval provides a certain underground street cred – this is an ideal release for those who love attitude and speed/thrash songs with that evil blackened spirit that summons chills and fire. – Matt Coe (Power from Hell on Facebook) 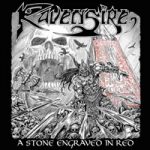 Ravensire – A Stone Engraved in Red (Cruz Del Sur Music)
Portugal is home to heavy metal act Ravensire – striding confidently through their third full-length album A Stone Engraved in Red in their familiar 80’s-inspired epic platform. Battles, warfare, mythology tales of yesteryear are the topics this four-piece favors, often mirroring a marching template musically at mid-tempo Omen / Grave Digger pace – while the vocals of bassist Rick Thor possess that grit and passion necessary to be the proper voice of reason. It’s hard not to headbang to the immediacy of “Dawning in Darkness” or speedy “The Smiting God”, while the acoustic sophistication added to the 8:15 closer “The Game of Titus” gives chase to some cultural electric harmonies of gold. Indeed, Ravensire represent an evergreen sub-genre that denim adorned patrons treasure. – Matt Coe (Ravensire on Facebook) 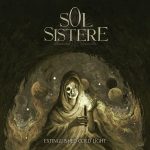 Sol Sistere – Extinguished Cold Light (Hammerheart)
While we don’t know exactly what Chilean black metal is, at least there are a few good representatives to help sort things out, like Sol Sistere and the band they share members with, Animus Mortis. In the case of Sol Sistere, the band has been active since 2013, with Extinguished Cold Light serving as their second full-length of largely blinding and atmospheric black metal. As elemental and to-the-true the album is, you’re often found lying in wait for the real moments of splendor and joy to occur (as they do with good albums of the genre), but Sol Sistere never quite answer the (demon) bell. – David E. Gehlke (Sol Sistere Bandcamp) 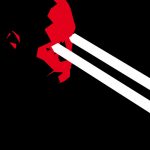 Valborg – Zentrum (Prophecy)
One of the most nihilistic albums of 2017 was Valborg’s Endstrand, an inhuman rampage through the corridors of German dark doom, but, without the trappings of the style. In fact, it would be awfully difficult to peg Valborg as anything other than a nihilistic metal band who sings entirely in their native tongue. That could explain why Endstrand and its Zentrum follow-up are both depressingly dark dives into the (equally dark) minds of this Bonn-based trio. More than anything, Zentrum is a cinematic listen, afforded the space and sequencing by a band who should be doing soundtrack work in their home country. – David E. Gehlke (Valborg Facebook 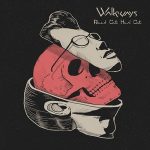 Walkways – Bleed Out, Heal Out (Nuclear Blast)
Make no mistake about it, Walkways are trying to bring back that nu-metal sound once again. Comparisons with Deftones, Korn, and Disturbed aren’t too far off, but there’s something odd going on. It’s as if the band managed to grab the stronger elements of these bands and avoid most of the unsavory elements. It’s not perfect by any means, but anyone with a hankering for what nu-metal was all about should find some comfort in the darkly melodic grooves and aggressive crunch (which also pulls from more recent metalcore) that Walkways have pulled together over the course of Bleed Out, Heal Out. – Kyle McGinn (Walkaways official website) 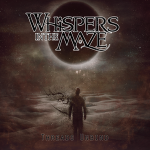 Whispers in the Maze – Threads Unbind (Self-Released)
Leaping in from out of nowhere is Whispers in the Maze with a fantastic EP in the name of Threads Unbind. They manage to nail the older Gothenburg melodeath flavor without making it sound dated, as well as meshing in a patchwork of influences that include black metal and prog to keep it interesting. The bottom line is that each track never lacks for a couple of compelling riffs and melodies, and does a good job of combining some glum melancholy with more aggressive moments. For their first EP, there’s a real polish to it that speaks volumes about where they could continue onwards in the future. A definite band to keep your eyes on if you dig this sort of music. – Kyle McGinn (Whispers in the Maze on Facebook)