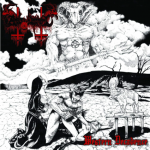 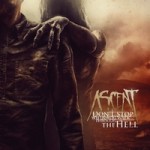 Ascent – Don’t Stop When You Walk Through Hell (Sliptrick Records)
Falling firmly into the modern death metal category, Russia’s Ascent bring plenty of chunky and groovy riffing on their debut, Don’t Stop When You Walk Through Hell. A pleasantly heavy guitar tone (aided by some rumbling bass) permeates the band’s sound, and the mostly mid-tempo chugging fits the band’s energy, allowing them to explode when needed for a few moments or fire off a dizzying solo (see “Lucifer”). Vocalist Anna Dizendorf has a throaty roar that gets the job done with plenty of ferocity. All in all, it’s not going to revolutionize the music world, but an enjoyable listen for those looking for some quality mid-tempo grooving. – Kyle McGinn (Ascent on Facebook)

Astronoid – Air (Blood Music)
Devin Townsend to Alcest to Cynic…sure, sign us up! The three share some of the same atmospheric similarities, yet none approach metal (or music, for that matter) the same way, something Boston’s Astronoid hopes to capitalize upon with their debut album, Air. And yeah, they definitely nail the cross-section of the three, although from strictly a sonic perspective, they are most in line with Devin Townsend. What kicks Air down a few pegs is the soft, too airy (no pun intended) vocals of Brett Boland, who may be better suited fronting a light alternative rock and/or EMO band than a metal one. – David E. Gehlke (Astronoid Facebook) 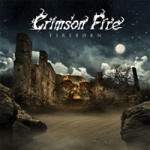 Crimson Fire – Fireborn (Pitch Black Records)
Teetering between 80’s US power metal and European melodic hard rock, Greece’s Crimson Fire on their second full-length Fireborn pump out 11 quick hitting anthems full of guitar muscle and vocal might – plus a steady stream of simple shout-a-long choruses as well as a helium-oriented vocalist in Johnny B. to bring this all home. Everything from 220 Volt to Riot V, older Europe to even tinges of Running Wild come up on this mid-tempo to slightly faster songwriting template. Stelios Koutelis as a guitarist churns out fiery riffing and lead breaks, making “Take to the Skies” and “Vengeful Spirit” fist pumping entries tailored for classic minded metalheads. Clichés and cheesy melodies abound – yet when done well here, the entertainment factor trumps all. – Matt Coe (Crimson Fire on Facebook) 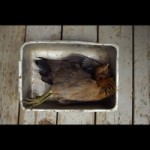 Harrower – Remembrance (Self-Released)
Getting a direct tag as post-black metal tends to leave things pretty vague, considering the way bands of this ilk have evolved but Harrower’s Remembrance does fit the description. A suitably low-fi recording adds to the bleakness and sheer misery that pour out during the beginning of “November.” Of course, black metal mode switches on eventually and brings a more visceral punch – ear-pleasingly full-blown by the way. Blackened shrieks, dark tremolo riffs, and blasts galore provide a nice (and sometimes beautiful) counterpoint to the darkness that reigns during the softer moments. They’ve mastered the art of lengthy tracks already, and there’s much potential to be had with Harrower moving forward. – Kyle McGinn (Harrower on Facebook) 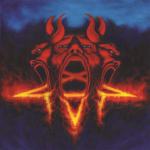 Mausoleum Gate – Metal and the Might (Cruz Del Sur)
Given the old-school nature of Mausoleum Gate and the old-school nature of Cruz Del Sur, the approach of Metal and the Might makes perfect sense. It’s simply a two-song ‘7-inch release; nothing more, just like how they did it in the ‘80s. And so the band’s classic, vintage metal nature comes to the fore on “Metal and the Might,” a straightforward charger, while the mystical “Demon Soul” represents more of the adventurous side of the band that was on display during their 2014 self-titled debut. Alas, consider this a fine setup to Mausoleum Gates’s next full-length, which should be coming around in the corner in the near future. – David E. Gehlke

Finland’s Mausoleum Gate follow up their self-titled debut album from 2014 with this seven-inch single featuring two new songs. The title cut opens in evil keyboard fashion, giving way to a spirited old school metal platform, the vocals encouraging shout-a-long power while musically making any Rainbow/Angel Witch follower stampede in approval. “Demon Soul” being almost twice as long at 6:11 contains more of a Mercyful Fate meets 70’s epic vibe, eerie melodies and equally haunting keyboards working in tandem against the addictive electric chords that echo in the heavens. Right in line with a lot of classic qualities on this label, sure to be a hit in old school circles. – Matt Coe (Mausoleum Gate on Facebook) 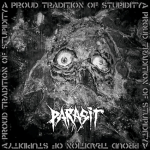 Parasit – A Proud Tradition of Stupidity (Cyclone Empire)
With virtually no guesswork needed to break down Parasit’s second album A Proud of Tradition of Stupidity, it became more interesting to try and pinpoint where the band was swiping their riffs from. These Swedish grinders are, unfortunately, one of the several grind bands who don’t favor riff mobility or ingenuity, rather, playing it right down the punk-crusted vest, where the frenzied rumblings of the usual grind and d-beat suspects starts coming into play. But hey, throw these guys in a sweaty basement with a bunch of yucky-smelling dudes and let ‘em have at it. – David E. Gehlke (Parasit Facebook) 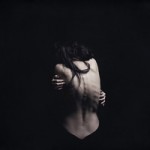 Rïcïnn – Lïan (Blood Music)
After appearing on left-of-center albums by Corpo-Mente and Öxxö Xööx, Laure Le Prunenec is given an album to call her own. It goes without say that this album is just as far out there as either of the two acts, with Le Prunenec’s vocals moving between operatic, atmospheric, and soaring and the front-and-center attraction in this work. It’s also more “for metal fans” than metal itself, which some might find a point of contention but this is wonderfully outside-the-box stuff that is as beautiful as it is eerie. Baroque backgrounds, post-metal inclinations, to moments of darkness – Lïan is all over the map, but an interesting journey to take if you dare. – Kyle McGinn (Rïcïnn on Facebook) 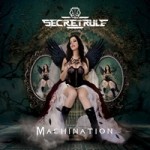 Secret Rule – Machination (Scarlet Records)
This Italian female-fronted melodic metal act gain a major attention uptick through Sonata Arctica keyboardist Henrik Klingenberg’s work throughout. Beyond guest appearances from members of Delain and Within Temptation among others, this 11 track effort contains straight forward songwriting, focused on energetic hooks and solid grooves that would meet approval with the progressive rock and Teutonic power crowds for the most part. Angela Di Vincenzo has more of an alternative, Gwen Stefani-like delivery which puts “The Saviour” and “You’re the Player” in fresh territory for this style. Different from the crowd, Machination as Secret Rule’s second studio platter could be a hidden gem for a lot of fringe tastes in the metal landscape. – Matt Coe (Secret Rule official website) 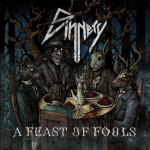 Sinnery – A Feast of Fools (Pitch Black Records)
An Israeli thrash outfit who have been around since 2012, Sinnery (just think of Sinner, just with a ‘y’ tacked on), play a taut, somewhat brand of modern thrash on A Feast of Fools. If we really want to go out on a limb, the band reminds of Nail Within, a vastly underrated thrash combo who were only able to produce one album in 2003. Nevertheless, Sinnery keep their songs mostly tight and frothy, although the somewhat questionable inclusion of the ballad “Symphony of Sorrow” spoils the broth a little. Here’s a tip for young thrash bands: stay away from ballads. They don’t anyone any good. – David E. Gehlke (Sinnery Facebook) 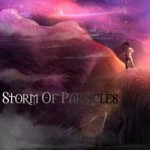 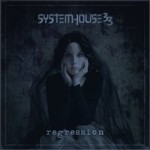 Systemhouse 33 – Regression (Self-Released)
If there’s one thing that Systemhouse 33 knows how to bring, it’s the groove! The band’s thrashy/deathy mix carries with it bountiful amounts of grooving riffs sure to get you on your feet and moving. Hard not to nod away while listening, with the persistent effort to provide heavy yet catchy tunes without resorting to the melodeath route. It’s a modern affair no doubt, with the thrash/death influences also tipping their hat to the more Americanized groove of say, Skinlab or Lamb of God. Regression is solid combo that can appeal to either party mentioned above, particularly those who need a little more groove in their diet. – Kyle McGinn (Systemhouse 33 on Facebook) 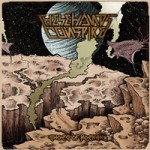 These Hands Conspire – Sword of Korhan (Ván Records)
Psy-fi metal (their call) from Berlin, Germany’s These Hands Conspire, Sword of Korhan is the five-piece’s full-length debut. Expect a primal form of doom metal with psychedelic and stoner inflections, as “Praise to the Nova Rider” and “The Battle of Sur” have much in common with the epic strains of Grand Magus and Ogre, while the vocals carry a lot of Ian Astbury/The Cult-like bravado. Cultural twin guitar harmonies become infectious, and the inclusion of organ also gives off an older vibe. Proper respect and killer execution make this better than 90% of the new stoner/doom generation. – Matt Coe (These Hands Conspire on Facebook) 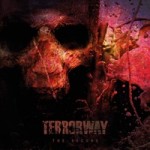 Terrorway – The Second (Bakerteam Records)
Groove/experimental metal has grown immeasurably due to the success of Gojira, Meshuggah and Tool, so imagine those acts along with a healthy heap of alternative/screaming vocal ambiance and that’s what Terrorway portray on The Second. Slightly djent, slightly progressive, rhythmically moving material for sure – the low bass pop conjures Deftones reference points, while there appears to be a darker, doom-oriented ethos that makes “On the Edge” a stand out, along with the sparse, chilling instrumental “Lights Turn Black”. Catchier than initially anticipated, the varied genre-melding works, creating an explosive sonic assault not soon forgotten. Terrorway brew an intoxicating modern metal stew that could surprise you. – Matt Coe (Terrorway official website) 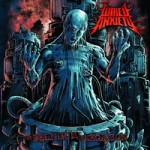 Wired Anxiety – The Delirium of Negation (Transcending Obscurity)
A frantic 4-song EP is what Wired Anxiety has delivered with The Delirium of Negation. Brutal death metal leads the way, with some solid groove added in to keep things from getting too out of hand. Some subtle melodies also play into Wired Anxiety’s sound, allowing them to have some catchy riffs that pair well with the groove to elevate the act above some of their simply brutality-pushing brethren. Above all, the brutality shines through, and the energized songs make the short EP out to be a winner, and leave the anticipation for a longer tracklist next time around. – Kyle McGinn (Wired Anxiety on Facebook)