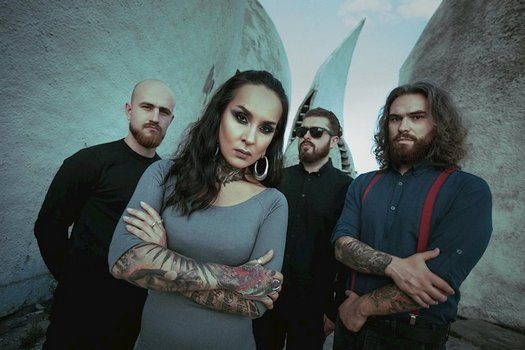 Without a doubt, one of the rising stars of the current metal community is that of Jinjer. They all but exploded following the release of King of Everything back in 2016, in no small part due to the band’s innovative writing and energy. They are a band that you can’t be sure what to expect from, and have continued to prove themselves as such with new album Macro [Pre-order HERE]. It’s easily identifiable as Jinjer, but they continue to stretch the boundaries with flair and creativity. In the midst of their first US headlining tour, we grabbed bassist Eugene Abdukhanov for quick round of Q & A before the band’s sold out set in New York City.

Dead Rhetoric: How is your first US headlining tour going so far?

Eugene Abdukhanov: I think everyone sees how well it is going – almost every single show has been sold out. The only bitter pill we had to swallow was yesterday in Philadelphia. We showed up at Voltage [Lounge] and it was just impossible to play there. We wouldn’t even fit on stage! We wanted to move to a different venue but it just didn’t work out.

Dead Rhetoric: You started the year off with Micro, and now Macro is coming out. Where do you see this setting up Jinjer, in terms of musical direction?

Abdukhanov: It’s very hard to pick an exact direction of where we are going, and our exact style. Yeah, we can call it progressive metal, but I wonder if it still works this way. You can call something progressive just because it has no limits or boundaries.

Dead Rhetoric: I was looking at when we last talked, and you had mentioned that you were okay with pissing people off in terms of your sound direction. What do you think works for Jinjer at this point – have you found something that is pretty consistent for the band?

Abdukhanov: Yes – this is probably the first ever record that all of us are 100% satisfied with. There are no compromises anymore. We all love every note that we recorded on this record. Before, each of us had some favorites and some moments on previous records, and some pieces that we either didn’t completely like, or had to get-along with. Now – no. This record is a solid piece of work that applies from A to Z for everyone in the band.

Dead Rhetoric: In terms of the band itself, do you feel that you’ve come a long way in terms of understanding what you are about? Is there that acknowledgement that you are going to change with each album?

Abdukhanov: I think that in terms of making each new album, it’s always going to be moving forwards and never staying at the same place. It’s boring to play the same song for 10 years. We will always move forward. It’s too early to speak [to the future] now, with the new album not out yet. I don’t even want to think about new material for the rest of this year. I have done everything I could do so far. I want to play live, hang out on stage, and tour around the world. No more composing – maybe in a year there will be a point when we talk about new things to come. But if we are talking about fan recognition about where the band is now, it’s come a long way. At this moment, things are finally getting different for us [in a good way].

Dead Rhetoric: In your defense, you did do a full album and an EP in one year.

Abdukhanov: Yeah, yeah – but it kind of happened because we started writing and we couldn’t stop!

Dead Rhetoric: Do you feel that you’ve picked up or learned anything from these big tours that you’ve been on lately? Like say, Devildriver or Cradle of Filth?

Abdukhanov: In some ways, yeah. We did learn a lot of things with experience, in playing all of those shows. We’ve played with a lot of different bands, and they all have different approaches. We have seen what is good and what is bad on each tour. But, learning – musicwise – definitely not. Though I keep saying that we learned a lot from Arch Enemy. Those guys work like clockwork. Stage-wise, gear-wise, crew-wise. It’s like a perfect machine that every band should take notice of. In the same way, but in a lesser scale, Devildriver and Cradle of Filth. We learned a lot from Amorphis, who we toured with last winter, as well.

Dead Rhetoric: One thing I’ve picked up on with Jinjer’s music, is the presence of groove. Is this something you try to push for?

Abdukhanov: I think it is one of those essential [parts] of our music. We want to play with a huge variety and diversity in the music. One of those parts is definitely groove. if it doesn’t make you headbang, it’s not good. You should always do that [laughs].

Dead Rhetoric: With “Pisces” you had a huge response on YouTube, and a ton of reaction videos. Is this an affirmation to you that Jinjer, as a band, is doing something that is different?

Abdukhanov: I think we are doing something that is different because we are what we are. The fact that we have this sort of recognition is a result of work. “Pisces” is definitely a milestone, because it’s the most successful and popular piece of music that we have produced. On the other hand, it’s just one of many songs. A good song, definitely. But the best? One of the best, but not the best. Definitely because of the millions of views and reactions, it gave us a push. Now it’s not as obvious. Now it’s time to make new steps.

Dead Rhetoric: From my perspective, Jinjer has quite a bit of innovation going on. What do you look at as far as the direction that heavy metal needs to go in the future?

Abdukhanov: The biggest problem, in extreme music, is that of conservativism. Too many bands, promoters, and media people get stuck in the past with old bands. Most of the people, including fans, do not look towards the future. They aren’t looking at innovations that are popping up around the world. That’s a problem. I don’t have anything against these big bands like Metallica, Tool, or Slipknot. But MetalSucks just had a very good article on this [https://www.metalsucks.net/2019/08/30/metallica-tool-slipknot/] that demonstrates the point. These are good, legendary bands but there needs to be a push for younger bands so that they can also get bigger.

Dead Rhetoric: The album is out at the end of the month, what’s next for the band?

Abdukhanov: More touring. We are going to dedicate some time for some videos, when we get home from touring and shoot a few videos and play throughs. But we will be touring all next year, starting in March and I’m sure, finishing in December. 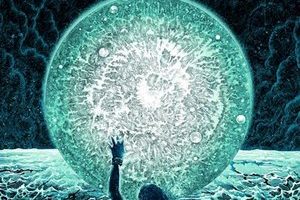 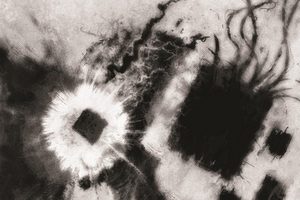 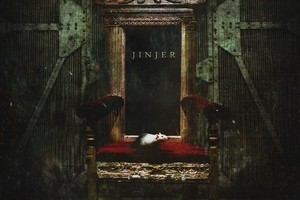