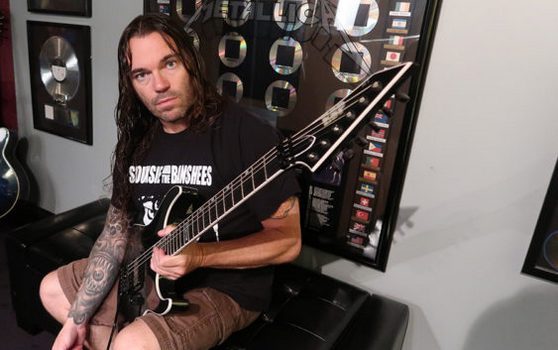 Dead Rhetoric: In writing daily, how do you manage that when you are on the road with Broken Hope?

Wagner: Where I’m at with music and writing – I write full-time, and anything I do with Broken Hope is more of a part-time thing. I hate the word hobby, but Broken Hope is kind of a hobby nowadays. We only do stuff like short run tours, festival dates, or when writing a new album. Our last album came out last summer. The shows are now few and far between. I’m not trying to tour much anymore. I’m trying to pick and choose my battles. We did a tour of Europe last month, and we agreed that we weren’t going to tour anymore unless it’s something significant. Major festival appearances definitely make sense. But to your point, when I’m out on the road I have my laptop with me. You can really make time to do writing and reading on a daily basis on tour. It should be kind of a no-brainer.

You have to play on stage for 45-minutes or an hour. So your whole day is centered around that time. You have to load in, soundcheck, and whatnot, but there are so many hours of downtime, that you can find a place to go with your laptop and keep writing your work in progress. If you are editing, that’s easy too. I always take a printout of a manuscript. I’ve got a book now in its fourth revision and I hope it comes out at some point early next year. I took that on tour and I’m going on tour reading/revising as we are in a tour bus on the road. I make time to write and read on tour and it’s really not too hard.

Dead Rhetoric: Do you like to combine those two aspects, or does it just come naturally due to bouncing between both worlds?

Wagner: With Broken Hope, one thing that is cool is that I’ve written the lyrics so I’m writing some sort of fiction. I’ve always considered lyrics like a micro-horror story. Between both worlds, those are the two big things creatively that I do. They both take a lot of time. Say I was going full-blown Broken Hope rehearsal mode, I typically do my writing in the morning and I do Broken Hope stuff in the evening. That’s always worked out. There’s never been a time problem. But being in the band and writing definitely takes a lot of time.

In recent years, especially the last year and a half or so, the focus on writing has been greater and greater than the music. Worrying about rehearsal and touring has stepped down. I still try to play guitar religiously and keep my chops up, but as far as a band thing, it doesn’t take up a lot of time. Plus my bandmates all have other bands that they do and go on tour with. Our singer has Goregasm, our drummer has The Atlas Moth, and our bass player fills in for other bands like Cattle Decapitation and stuff. Everyone is out there doing the band stuff, and that’s great. I’m really content being in my office and creating scary stories [laughs].

Dead Rhetoric: You mentioned there’s going to be less band stuff, but it’s Broken Hope’s 30th anniversary this year. Are there going to be any more plans for that?

Wagner: We spent 2018, since January, making it a point to celebrate 30 years. We did Bogotá, Columbia, then we did a tour of Europe. Then we came back to the States and did a number of festivals like Denver Black Sky and Maryland Death Festival, along with Chicago Domination, which was significant since we are from there and haven’t played there in like 4 years. So being in our hometown to celebrate 30 years was really cool. Then we went back to Europe for another month and that was all about being the last one for a while and celebrating 30 years of Broken Hope’s existence. It’s been great. We are done for the year, but we got a lot done in 8 months so it’s been pretty good. One thing we wanted to do is play songs we hadn’t done in decades and we resurrected some songs we hadn’t played since the ‘90s, so it was really cool. We finished things off on a high note.

Dead Rhetoric: You mentioned more completed, or at least draft-completed stuff. You said you’d like to have another book out early next year. What other wheels do you have in motion in terms of writing projects?

Wagner: I’ll give you some quick Reader’s Digest synopses of three books in the works right now. The first one that is pretty much done, though I need to revise it a bit more takes place in the city of Chicago. I’ve never written a novel that was set where I’m from, so that’s kind of cool. The main protagonist is a Chicago detective, and it’s funny now that I’m talking about the story, is that it’s definitely bloody and gory. It’s like if you took the dude from Thomas Harris’ Red Dragon – one of my favorite novels by the way – it’s not a serial killer but a man-made monster in a way, who is loose in the city of Chicago. The antagonist is such a flawed and insane loose cannon that needed the right catalyst to get him going. The shit that happens while the detective is trying to find him is insane. Pure horror, and definitely a bit bloodier and gorier than Rabid Heart. Gore done the right way [laughs]!

I’ve got another novel that is a work in progress where the main character – its set a little in the past. I told you I was really into WWII, and the European theater of that time. My story, which is a work in progress, as I don’t have a full first draft done, but it’s getting there. It’s about a young soldier in the Red Army. It’s not isolated to WWII and what happens there, but a fictional account of this guy’s life, fighting Nazis, and what happens and where his life goes after that. I wouldn’t put the tag horror on it, but it’s definitely dark fiction, and I may say, fucked up. Think Cormac McCarthy again, one of my heroes. When you read a book like Outer Dark or Dark Meridian, it’s not quite what we would call traditional horror but the books are so dark and f’ed up. What some of his characters do and what happens, you are just like, “Jesus H!” The characters don’t leave the story unscathed. That’s what the vibe is that I’m trying to convey to you. It starts in WWII and goes way beyond that.

I don’t mean to be vague, but I don’t want to shoot my load off, since some of these things can change. I’ve got one last one for you, which is a first for me. I’m really excited about it, and I’m doing it at the same time that I’m revising the first novel and the work on the WWII novel. I’m writing an authorized biography for a very well-known Michelin Star chef named Curtis Duffy. He had a 3-Michelin-starred restaurant in Chicago called Grace. His life story is so crazy though. Imagine Sons of Anarchy meets Anthony Bourdain: Parts Unknown. That’s how this guy was brought up. He’s a good friend.

They did a Netflix documentary that you can watch anytime, and I highly suggest it called For Grace. It’s about Chef Duffy and how he built Grace Restaurant from the ground up. It also goes back into his childhood and how he was raised. It’s so compelling and jawdropping what he has been through, and amazing some of the heights he has soared to and his accomplishments. He’s an amazing chef and world-renown, but his life story is amazing. He approached me to do his bio, because he felt the Netflix documentary was done well, but it only skimmed the surface of his life and life story. He approached me because he loved our books and knew I wrote all the time. So he asked if I could do his story. We talked about it and I was on board. We ended up doing 50 hours of interviews, and I had those transcribed so I’m busy doing this book now too. So with all these writing projects, there’s never a dull moment [laughs]! 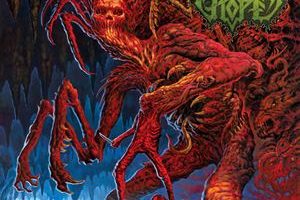