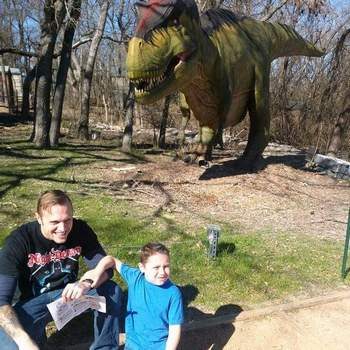 So here we are, at yet another year’s end and let me tell you, what an enormous year it has been for metal. It seems like that’s what we all say at years’ end, but I truly think 2016 has been one of the better years for consistent quality metal. Normally when I go to make my year end best of I’m scrambling for things to recall that I enjoyed, but this year there was a surplus and I ended up having to trim my list down, and it was damn hard to do.

I always parallel great music with the world around us, as it is a direct reflection of us as humans and in this case our human expression via sound. So with the worlds turmoil growing I think you get more musicians tapping into a lot of stronger emotions which create a greater artistic well which to take from. I think it certainly shows with the high quality of albums put out this year. I know I’ve missed a lot of great stuff, so I’ll be combing back over the years releases to play catch up as usual, but for now I hope those reading enjoy the list and I encourage you all to check out what’s presented below if you haven’t. 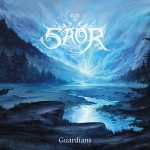 1. Saor – Guardians (Northern Silence Productions)
When the term Celtic metal or folk metal is used to describe an artist, it’s with trepidation I check into certain bands. Scotland’s one-man act, Saor, will demolish any doubt that Celtic metal can be powerful, emotional and absolutely beautiful. From the amazing cover art to songs that make up Guardians there is so much to enjoy with this release that I anticipate it will be on many year-end best of lists. Combing traditional melodies, black metal and memorable tunes Guardians is breathtaking and inspiring. Truly something to behold for the ages. 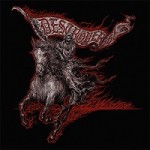 2. Destroyer 666-Wildfire (Season of Mist)
Pairing the terms life affirming and optimistic with black metal may seem like a paradox, but when have Destroyer 666 ever bowed to convention? K.K. has a new band and lease on life and he lets it all rip on Wildfire, paying homage to life, free (iron) will and of course Lemmy with some of the best metal anthems put to tape all year. Tame wolves are but dogs, so take a blade and let it bleed! 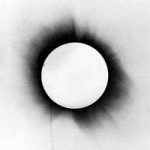 3. Architects – All our gods have abandoned Us (Epitaph Records)
I didn’t anticipate on this making the mark it did on my list like it did, but Architects really nailed the feeling of anger, pain and uncertainty permeating the world at current with this album. With on the nose lyrics delivered with more conviction you’ll find on 99% of any other heavy album you’re likely to hear, it’s a fitting sound track to 2016’s tumultuous history and fitting tribute to the memory of founding member and primary songwriter Tom Searle, who tragically lost his battle with cancer last August. Rest well Tom, you’ve left a hell of a legacy for us to enjoy. 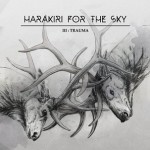 4. Harakiri for the Sky – III: Trauma (Art of Propaganda)
For a band formed in 2011, Harakiri for the Sky have already put out three full lengths, with the third being 2016’s excellent III: Trauma. With dreamlike guitar passages paired with sorrowful vocals, Trauma is packed to the brim with some of the best melodic-blackened-post whatever you’ll find anywhere that’s as emotionally gripping as it is memorable and moving. 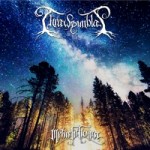 5. Thrawsunblat – Metachthonia (Ignifera Records)
I don’t keep it a mystery that I absolutely love Woods of Ypres. So, maybe it’s subliminal but when I finally got around to hearing Metachthonia I couldn’t help but think it had an old Woods vibe to it, especially in the vocal delivery and guitar riffs. Not to take away from what Thrawsunblat have here. Joel Violette has created and fantastic monument of blackened folk metal that is head and shoulders above pretty much anything else like it. Also, you ’d be hard pressed to find a more beautiful album cover. 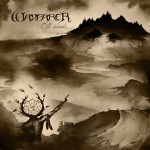 6. Wayfarer – Old Souls (Prosthetic Records)
These guys call their sound “mountain metal”. Normally I shy away from tags like this, but I would say that perfectly sums up the sound of Old Souls. Old Souls is massive album using flourishes of black, thrash and doom to create a soul searching dense release. There must be something in the water in Colorado because these guys have crafted something special that pairs well with a good stout on a cold winter night. 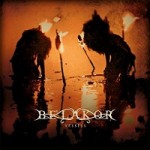 7. Be’lakor – Vessels (Napalm Records)
Be’lakor were a band recommended by various friends this year and I’m glad I came around, because Vessels is excellent. With its organic production, you can hear the dedication and passion these guys put into their music, just like the above mentioned Harakiri for the Sky, Be’lakor create huge, emotional melodic death metal songs on Vessels that are gripping, musically nimble and absolutely inspiring. 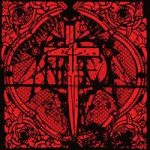 8. Antaeus – Condemnation (Norma Evangelium Diaboli)
When it comes to absolute crushing black metal hate and hellfire, Antaeus will always be my favorite band. A decade since the magnificent Blood Libels, the band have gone thru some personal losses and setbacks, but instead to ceasing, they’ve taken these situations and brought forth Condemnation. A massive beast of pure vitriol, Condemnation picks right up where Blood Libels left off, rusty blood splattered blades and all. This is as real as it gets these days. 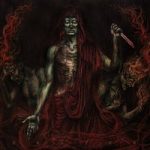 9. Krater – Urere (Eisenwald Tonschmiede)
With Urere, Germany’s Krater show they have what it takes to ascend (or descend) the throne of prime black/death metal. Brutally sinister yet cathartic and melodic in areas, Urere weaves moments of the genre’s best elements together while giving you something totally original, yet wholly familiar. 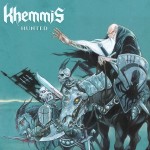 10. Khemmis – Hunted (20 Buck Spin)
With debut, Absolution, Khemmis made ears perk up and the buzz bin started. With Hunted Khemmis strike sure footed that they know what they’re doing and can craft some of the best straight up heavy metal that has been put to wax in quite some time. Hunted is rife with excellent songs that, I wouldn’t be shocked to hear in a large venue setting in the not so distant future. 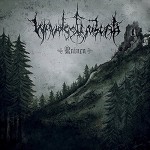 11. Waldgefluster – Ruinen (Bindrune Recordings)
Waldgefluster was once a solo project of main man Winterherz, but after venturing into full band territory, Waldgefluster have reaped the creative benefits, and Ruinen is a prime example of what happens when a great band comes together. Sorrowful vocals, melodic guitar interludes, epic songs that run the gamut of human emotion, it’s all here in spades folks. Waldgefluster have been putting out quality black metal like this for years, it’s time for everyone else to catch on! 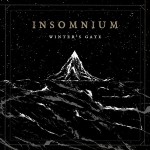 12. Insomnium – Winters Gate (Century Media)
So, to be honest I kind of fell off the Insomnium bandwagon after the great Above the Weeping World. Not for any real reason, but I just did. So when I heard Winters Gate I was taken aback at how masterfully Insomnium essentially wrote one 40 minute-ish track and chopped it up into chapters that feels fresh and new, yet still clings to their tried and true sound or Finnish doom and gloom. I guess I’m back on the wagon.