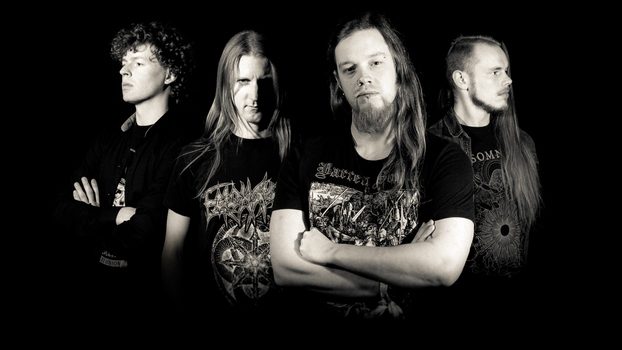 For this scribe, there’s still nothing quite like a pulverizing piece of death/thrash to make the end of a long day feel refreshing. The combination of melody alongside breakneck speeds and energy are all but certain to give one a lift. Particularly when there’s a certain playfulness and fun to the riffing at hand. All of these qualities describe what Insurrection has done for their first full-length album, Circles of Despair. So keen to learn more, we fired off some questions to the Netherlands for guitarist/vocalist Marten Hutten to answer in regards to the band’s early days, songwriting, as well as his thoughts about extreme and favorite albums from the year so far.

Dead Rehtoric: What brought about Insurrection into existence? What were the early days of the band like?

Marten Hutten: Insurrection really started out as a two man band, just trying to create some melodic metal music in a 10-square meter apartment. Sure, it was warm and sweaty but it was all we had and we enjoyed it regardless. It took a while to complete the line-up for a full band, but eventually me and the other founding member, Sander (former guitarist/bassist and vocalist) found our drummer, Douwe. Then some time later we found Armand and we had our line-up complete. Not much time after that Sander and us parted ways and we were left without a bassist and vocalist again, so we needed another round of auditions. Then Pieter joined the vacant spot and we’ve been inseparable ever since <3! Dead Rhetoric: There was a four year period between your EP, Catatonic, and Circles of Despair. What was the band doing in that time period?

Hutten: Trading in our girlfriends for upgrades, amongst other things…[laughs]. We are not the fastest band to write songs and we really try to get it right. So during this time we were basically doing what we always do; play shows when we can and write music when we can’t or have some time to spare.

Dead Rhetoric: Circles of Despair is the band’s first full-length release. What do you feel are its strongest qualities?

Hutten: I feel like you can really hear the amount of effort all of us put into writing and recording the songs. We try to make heavy hitting but catchy songs and I feel like we really accomplished that.

Dead Rhetoric: What do you feel that you learned from the process of writing/recording Circles of Despair?

Hutten: I think I’ve learned a ton personally. I’m still finding my bearings when it comes to songwriting so every experience I can get is extremely valuable. It’s nice to be in a band where everyone contributes to the whole process. At the same time, it means we really have to debate every decision we make, and sometimes it feels like you really need to fight for your right to write. But I think we appreciate each other’s opinion and input and it makes the songs that much better. Recording-wise, we took a little more time than we did for the EP, so we really got to know the ins and outs of each other’s scent.

Dead Rhetoric: Is there a track or two from the album that you feel sums up Insurrection’s vibe?

Hutten: Hard to say to be honest! We try to put something original in every song, so there’s not really one or two that puts everything together. If I had to pick though, I’d go for the first single from the CD, “Non Existent Fall,” and maybe “Origin?”

Dead Rhetoric: Do you feel that you have identified the sound that you are going for with Insurrection?

Hutten: I feel like we have captured the sound of Insurrection of the last five years. But I can’t promise we’ll sound like this forever, because musical tastes always evolve. Furthermore, I don’t think we ever really had a deliberate sound in mind, we just write what we like and what comes out, without trying to pre-determine what ‘Insurrection’ should sound like. I like to think that makes the music very honest but it can be a little bit all over the place 🙂

Dead Rhetoric: What are your thoughts on touring and playing live? What does an Insurrection show feel like?

Hutten: An Insurrection show is like mayonnaise for the soul. It’s an eargasm that’ll make you feel a little bit violated at the end and vaguely wondering why you liked it in the first place? But you did, and you’d do it again, but you wouldn’t tell your mama or she might start asking questions you don’t want to think about. But also from an insider’s perspective, shows and tours are an exhausting type of fun. We actually do relish in the chance to share our music with whomever may be listening.

Dead Rhetoric: Who would you cite as some of the band’s greatest inspirations?

Hutten: Ask any of the other guys and you’ll get entirely different answers, I don’t think our musical tastes overlap that much. I like to listen to bands like In Flames and Dark Tranquility, but mostly I listen to a more progressive type of metal, ranging from Symphony X to Haken to Devin Townsend to Periphery.

Dead Rhetoric: What does extreme metal mean to you, personally?

Hutten: For me it is a way to get rid of my excess energy; I like it when my brain is pounded by riffs so hard and intricate that it feels like its melting. I guess it’s the musical equivalent of a lobotomy and I love it.

Dead Rhetoric: What are some of your favorite releases of 2019 so far?

Hutten: I still have so much music of the past to discover I don’t think I stand a chance trying to keep up with current releases, but I guess for me two albums really stand out: HAIL STAN by Periphery and Empath by Devin Townsend. The absolute madness of Townsend’s “Genesis” fills me with awe, while the epicness of Periphery’s “Reptile” gives me very manly tears.

Dead Rhetoric: With Circles of Despair out there, what is planned next for Insurrection?

Hutten: Contrary to our previous M.O., we actually have quite a few new songs already lined up, with three of them nearing completion. We’re not entirely sure what to do with them yet, but we hope to bring them to you soon in some shape or form, whether that is during a live show or perhaps on a 2020 album, who knows? Miracles do happen sometimes. All I can say, if you enjoyed Circles then stay tuned, because there’s more where that came from! 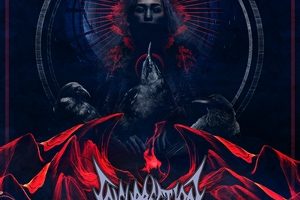