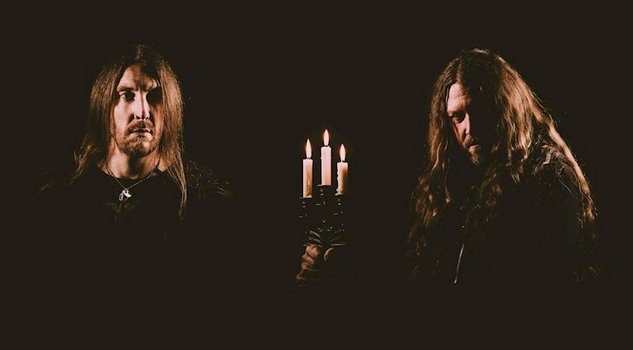 Germany’s Imperium Dekadenz has been doing their take on melodic black metal for 15 years now. One that stands out not just for its ability to blend the older melodic black sound and give it a retouch, but for the unique approach the band tackles within their sound. With a number of new things to discuss, such as a new label, and new lyrical inspirations, we decided to get ahold of guitarist/vocalist Horaz to give us all the details, as well as working as a 2-man team and what speaks to him about black metal.

Dead Rhetoric: What did you want to accomplish with When We Are Forgotten? How does it differ from some of your previous releases?

Horaz: After an album is released and you are looking at it about a year and a half or so later, you realize that maybe it was a bit too epic and not compact enough. We have a lot of extremely long songs, so we decided to write some shorter ones. We also didn’t have historical backgrounds in the lyrics – it’s more intimate and private. There’s more old school black metal stuff from the ‘90s and a darker mood. That was our goal, and I feel like we did it.

Dead Rhetoric: What brought about the jump from Season of Mist to Napalm Records?

Horaz: We had signed [with Season of Mist] for three albums. When Dis Manibvs was released, Napalm Records contacted us and asked if we were working together. It was good for us, since Napalm is in Austria, and we had a good feeling about them. It’s good to be able to speak German with them, and it makes a lot of things easier. They have a very good relationship with social media, and they were really fascinated by the things that we are working on as well as our plans. The boss at Season of Mist agreed, and it was not a big problem. It’s been a very good step for us so far. We are very happy with Napalm.

Dead Rhetoric: With this change, did it seem the right time to try to attempt some different lyrical inspirations?

Horaz: No, there’s not much of a connection to that. It was just the right time to have a change. We are using historical stuff just as a background to tell a story for what we want to say. Now we decided to be closer to ourselves as people. The lyrics are about dreams, how we see the world, experiences, and all of this stuff. As artists, we try to express ourselves in the art. It might also be that I’m 39 and Vespasian is 40, so maybe the age was a point where it seemed better to speak about the past as well as the future.

Dead Rhetoric: What is the role that emotions play in your music?

Horaz: They are extremely important. I think black metal is a very emotional music style. That’s why we love it. That’s why we listen to black metal the most. That’s our style, and we try to express as many emotions as possible in each song. We hope that if we are as emotional as possible, people will feel it. We hope that they are touched by the music, and that they close their eyes and dream your dream. That’s the kind of black metal that we do. Of course, it’s not the same kind of black metal that a band like Watain plays [laughs]. But we do like to listen to some of the raw stuff too.

Dead Rhetoric: Could you discuss the cover of When We Are Forgotten a bit?

Horaz: In general, we are very possessed by having a great cover for each album. We spend nights and days to find a cover that we like. We finally found a girl, who was from the US and she had made a picture similar to the cover. We asked her to redo it in the style that is on the cover, but she replied back that she didn’t have enough time. But that was okay, as she said we could have someone else work on that. We have a friend who is a professional photographer, so we had some Skype sessions about what to do with it. We wanted to show a person, for me who is kind of a goddess, who slowly disappears. We were somewhat inspired by the show American Gods. To me, the cover is about a goddess who will be forgotten. With less people worshiping her, she begins to be forgotten and disappears. That’s my take on it – to be forgotten.

Dead Rhetoric: What are some of the positives and negatives of songwriting as a 2-man team?

Horaz: If you have four or five guys in the band, you have a lot of arguments because everyone wants to share their thoughts and have a part of the songwriting process in each song. Everyone wants to be in the front row, so to speak. Guitarists want to play some cool solos, drummers want to have creative breaks – if you only have two people, we write the songs by ourselves. When the song is written, we sent it to the other one, and then we start composing it together. It’s a cool thing, because if the other one already likes the song, then it cannot be bad [laughs].

We’ve found that we have [similar] music taste. If one of us feels it’s a good idea or a great song, it works very well. However, you sometimes feel angry if the other person doesn’t like what you did, and you already love it because you listened to it all night and drank a bottle of whiskey [laughs] while you celebrate your newest output. But it could be that other one of us might not like it. Then we try to see if we can use some riffs for it. It can be frustrating, but generally, we work in a certain style, and we know if we both like every single detail, it will be good. There’s a good workflow for us – it’s been nearly 15 years.

Dead Rhetoric: How do you feel your friendship has evolved over that period of time?

Horaz: When we are speaking together, we are always talking about the band. Sometimes there is private stuff in the background, and the band is the biggest part of each discussion. I think that generally, it’s still a good friendship. We don’t stay together anymore. He’s living in Munich and I’m living between Stuttgart and the Black Forest. It doesn’t have a big impact, but if you would ask me, I would wish to talk about more private stuff than just the band, but I think that’s a normal behavior for when you start a project like this together.

Dead Rhetoric: Do you feel that your geographic location has helped to keep you doing your own thing over the years? Obviously, most people tend to associate black metal with a place like Norway.

Horaz: It’s great to be a black metal band in Germany, because there are so many concerts and festivals. If you want to see one each weekend, you can drive between 100-200km – and most people do that. There are a lot of bands and fans here, and that’s pretty great. But if you are a black metal band in Germany, you can play all of these concerts and fests, but as the saying goes, “no one is a prophet in their own land.” We are measured differently, which is something that applies to all bands in Germany. I think that Germans are more open to having bands coming to bands coming into the country from abroad, that’s our opinion. That doesn’t just apply to black metal, but all types of heavy metal bands.

Dead Rhetoric: What would you still like to see Imperium Dekadenz achieve?

Horaz: I think that Vespasian and I, we have different goals. For me, it’s about making art and spending time on tours. That’s the most important things for me. For him, it’s to be successful. That’s okay though, because that’s what keeps the band moving on. Of course, it’s great when we reach new steps/levels – we both think that a tour in North America would be great. But there are a lot of roadblocks in the way. Der Weg einer Freiheit are good friends of ours, and they tried to tour in the US and they lost a lot of money because they didn’t get the visa [in time]. You have to think a lot about it if someone is offering you a tour and the location it is in. There are also big festivals like Hellfest that we would like to play. Or a big European tour. We are not the youngest guys [laughs] but we are still open to any adventures!

Dead Rhetoric: What is it about black metal that speaks to you?

Horaz: The song “Quintessence” from Darkthrone was playing in a hall of a discotheque and I feel in love with it. I was the first time I heard something so dark, brutal, and cold music that sent you into a forest in the middle of winter. That was the kind of stuff that I absolutely loved. It’s like when a knife cuts into your flesh. It’s not just listening to something, it cuts into you. You can listen to Metallica and have a good time, or Iron Maiden, or Manowar. But when I heard “Quintessence” it showed me a new dimension of consuming art. It really gets to you. Then I got into Burzum, Darkthrone’s Transylvanian Hunger, all of the Immortal stuff. Some ‘90s German black metal stuff too. I cannot compare black metal to any other music. It’s not that typical song – black metal has turned into so many styles. I really love it.

Dead Rhetoric: What’s upcoming from the band for the rest of the year?

Horaz: We will release a video in a few weeks that I made. I’m pretty excited to see how people react to it. I spent a lot of time, and nights alone in the forest [laughs]. It was a great experience to collect some video material. We will also play some live shows in the UK and Spain. We are planning some shows in France, and of course, Germany. The usual stuff, I would say. 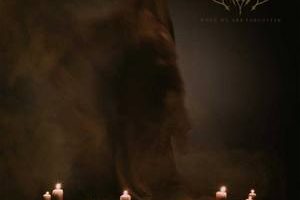 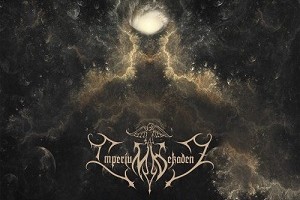