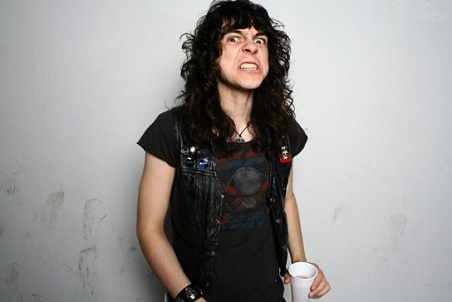 Blistering.com: What keeps you sane in your down time? Any particular hobbies or activities that give you a charge or help ‘ground’ you, so to speak, from the music business?

Luna: Whenever I get home from touring I like to just go out on bike rides, camping, and leave civilization for a little bit. I also like working – I’ve gotten a couple of jobs doing Photoshop retouching in a studio here in Pasadena. I do work in an art department for television and commercials, just doing stuff that isn’t music-related helps keep your mind off of it. Take a detox from it all.

Blistering.com: What are some new releases you are looking forward to hearing in 2013? And while you are at it, I remember reading your top 5 albums of 2012 from Revolver magazine – please extol the virtues of German heavy rock band Kadavar and New Zealand act Razorwyre who made the list as I’m betting many Blistering.com readers are unfamiliar with these acts…

Luna: Oh, Razorwyre, somebody in Australia mentioned them to me and I can’t remember who it was. I kept putting it off, and I listened to it and it’s very awesome. It’s a progressive thrash, and they go into some Mercyful Fate breakdowns here and there. Kadavar is on Tee Pee Records, and I like that label in general because they have a lot of 70’s sounding, psychedelic rock kind of bands. That record won me over because it has a lot of Blue Cheer, Sir Lord Baltimore, Cream and Hendrix kind of sound that I fell in love with right away. As far as new albums in 2013… I can’t think of any right now. I know there will be a Lightning Swords of Death album that comes out the same day as I, they are friends of ours and a black metal band on Metal Blade. I am blanking on others… I feel on the spot, sorry.

Blistering.com: Where do you see the role of sponsorships in music these days? Do you think most fans accept the fact that corporate backing can help fuel a movement – unlike 20-30 years before when that same financial help would equal ‘selling out’ commercially?

Luna: Even still with bands taking sponsorships from Converse and Nike and things like tha t- there is more of an underground scene here in California with certain metal bands that people still view that as a sellout. We are all trying to win the same battle here. If they are going to help keep you fed each night and get from city to city without losing your ass financially, that’s the whole point: survival. Especially considering the way the record labels and music industry is tanking left and right. Sponsorships are like a Hail Mary that we all pray for.

Blistering.com: What are the biggest mistakes or myths you see metal musicians making? What do you consider the biggest wastes of time?

Luna: To keep this movement healthy, from what I’ve been seeing as long as you make a good record and write good songs longevity seems to follow. The movement as a whole, fan outreach is a big part of it. I know a lot of bands refuse to be a part of social media and want to build this mystique but the factor of the matter is there is no more mystique. The days of a rock star are more about who has the most followers on Twitter. People like Robert Plant have been replaced by these rap stars.

Blistering.com: How would you describe your family life growing up and how you think it contributes to the kind of person you are within Holy Grail? What character traits do you look for when it comes to friendships and relationships through the years?

Luna: My family life, both my parents are from Mexico, so I had this very Latino upbringing until I went to pre-school where I lived more of an Americanized lifestyle, even though I spent every summer in Mexico. That shaped me a lot different than the other guys in the band; I travelled a lot growing up because my father worked for the airlines so I got to go to Japan as a little kid, all over Europe, Argentina. I’m more used to travelling and touring. A big thing for me is if you are able to not be awkward in social situations. The biggest thing for us is to find people that you can get along with well enough to be in a band with. People that are friendly and have a good sense of humor, that’s the big stuff.

Blistering.com: What concerns you most about the world we live in today?

Luna: My biggest concern that I try to keep hiding and not worry about is the whole global warming issue and how there doesn’t seem to be anything we can really do about it. It’s looming over us. Environmentally, we are running out of all our fossil fuels, our water… this kind of stuff keeps bumming me out, so I try not thinking about it.

Blistering.com: You admit an affinity for the 70’s hard rock/ metal scene with acts like Uriah Heep, Sir Lord Baltimore, Budgie, Free, Deep Purple, and UFO being a part of your collection. If you could transport yourself back in time to witness three of these bands live, who would you see and which album(s) would they be supporting?

Luna: Deep Purple on the Machine Head tour, Uriah Heep on Look At Yourselftour, and it would be awesome to see Sir Lord Baltimore in support of the albumKingdom Come.

Blistering.com: What’s the game plan as far as touring for support of Ride the Void? I know you will be a part of the Metal Alliance tour in North America with Anthrax, Exodus, Municipal Waste, and a couple of other to be named acts during March and April – will you be mixing up opening slots with some headlining shows whenever possible through 2013?

Luna: Well, we have a couple of things in the mix but nothing I can really announce yet. This Metal Alliance tour is just such a big thing for us right now. We are really excited about that, it will be the first tour for this album. Being on stage next to those bands each and every night is just going to be so mind-blowing. We plan to get to Europe as well – we really want to get back there, our style of metal is probably more accepted there. With the help from Nuclear Blast now, we think it will come to fruition.

Blistering.com: Do you feel like you’ve been able to capture multiple generations of fans through all the touring you’ve done and your sound?

Luna: I see it left and right. I’ll see people in their 40’s bringing their kids who are 13-14 to the shows. The kids are really into it, they have all their Metallica and Raven patches on, it’s awesome. This is bringing up this group of young metalheads, I feel like bands like us and a few bands harkens back to these days and give the younger generation something to identify with because they weren’t able to see Kiss, Maiden, or Priest back in their prime. They can see it as it’s coming out instead of wishing they were there back in 1983.

Blistering.com: Who would you love to sit down and have dinner with – either past or present? What would the topics of discussion include?

Luna: If it could be anyone it would be Ronnie James Dio, hearing his stories from the days of solo career, Rainbow, Black Sabbath. I’m really sad I never got to meet him even though I saw him play three or four times. Even at his older age, he was killing it on stage every night; he was the greatest singer I have ever heard. 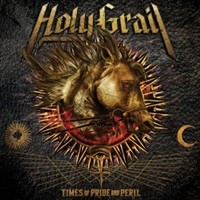 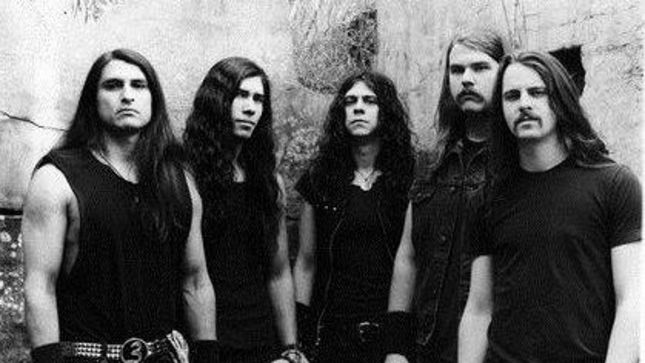 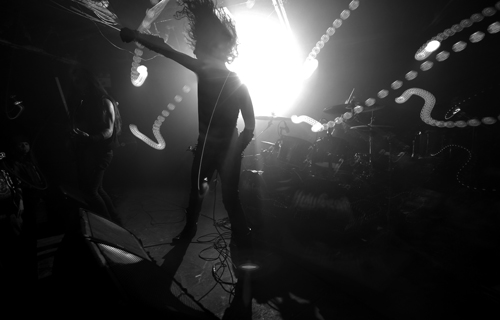