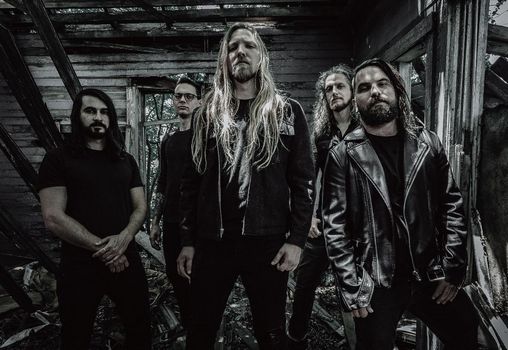 We at DR have been making it a habit to keep up with the death doom act Hinayana. The band’s first demo held promise (then comprised solely of Casey Hurd), and 2018’s Order Divine capitalized on it as well as fleshing it out to a complete band. Snagging a deal with Napalm Records, the recently released Death of the Cosmic is their first EP released on a more major scale, not to mention their best work to date. We grabbed main man Casey Hurd to see how the record deal came about, get some nuggets of information about the EP, as well as some insight as to what makes writing slower music a challenge.

Dead Rhetoric: What sort of statement did you want Death of the Cosmic to make as your Napalm debut?

Dead Rhetoric: Knowing you started the band completely on your own, how do you see the evolution of Hinayana?

Hurd: I think that the band’s sound has changed with my own maturity in songwriting. The more bands and music I listen to the more influences and ideas I get. I would say that now, more than anything, compared to back then is more confidence in the songwriting. As well as more maturity in the songwriting. It’s more dynamic, and I feel that there’s more possibilities because all of us in the band are better at songwriting than we were six years ago [laughs].

Dead Rhetoric: You mentioned the production values, but was there anything else you applied from your previous releases?

Hurd: We were working on a pretty tight budget in the past. The demo, which I created myself, had literally no budget. Then Order Divine was very limited, as well as limited studio time. A couple of days mixing was all we could afford with our jobs. We couldn’t do much else. It was mostly me and my drummer that paid for most of that. We just wanted to put it out there. We really took to heart all of the comments that people made, like if the vocals were too quiet or you can’t hear enough drums…we wanted to make things more polished, really. We wanted to sound more polished and more mature, and more legitimate than having something that was thrown together in a couple of days.

Dead Rhetoric: How’d you get the attention of Napalm Records?

Dead Rhetoric: What are some of the lyrical topics that you like to explore with the EP?

Hurd: The EP in general, is about our own self-destruction and the destroying of the world we are living in. it’s about how we are creating something sterile and concrete in its place. Some songs express a sort of acceptance about that. “In Sacred Delusion” is kind of about it’s inevitable, and sort of hopeless. We are on a changing path as people on this planet. That’s sort of the theme that the EP has. All of the tracks link together in that way.

Dead Rhetoric: Knowing that you had the previous material, was it nice to go for an EP instead of an entire full-length as you made this jump? Was this planned or no?

Hurd: After the release of Order Divine, immediately I sat down and started writing more songs. My drummer and I, specifically, had been talking about making an EP between Order Divine and the next full-length. The EP was supposed to originally be a short collection of songs that was a stepping stone between albums. I still view it like that in some ways. But it was nice because I got to be more laser focused on a few songs and how I wanted them to sound, as opposed to having ten songs to deal with. It was easier to focus on just the five tracks and really make sure that they were done justice. There was a lot of pacing back and forth about it in my studio [laughs].

There are really just three metal songs on the album. The instrumental is one thing, but the other three – not including “Pitch Black Noise” because it’s an old song that we just wanted to give it justice, but it was great to throw it on there. So we really could focus on the next step for us. Even now, since we completed the EP a while ago. We finished recording it in 2019 and it took almost a year to pen the Napalm deal. Now we have kind of determined where we want to go from the EP.

Dead Rhetoric: I had heard that there was a long gestation period before the EP came out. Have you started really writing anything new then, or have you been focused on the release of Death of the Cosmic?

Hurd: While there was a lot of planning, we have started writing. We have started doing some writing already. I’m pretty happy to say that.

Dead Rhetoric: There’s a lot of metal that moves at 300 miles an hour. What’s tough about writing slower and more atmospheric music?

Hurd: I would say the biggest challenge is to keep every moment fresh and not boring. Making sure that each second has a purpose and that it’s interesting. It’s not too meandering. When you write fast songs, it’s easy to keep it intense. When you have slower and mid-paced stuff, you really have to balance that atmospheric stuff with exciting moments. You don’t want the listener to get bored, and you can tell when songs are like that. I’ve written a lot of material that I throw right in the trash [laughs]. I would say about 90% of the material that I write and record on my computer doesn’t get used. It goes right in the trash. The stuff that sticks is what I feel like, “okay, this is worth it.” But that’s the challenge with this sort of music. If it drags on or repeats to much, or it doesn’t have enough aggression.

Dead Rhetoric: One of the things I like about Hinayana is that many bands that have doomy vibes make these 10-15 minute songs. There’s a lot more concise stuff going on with your sound. You seem able to trim the fat and make things flow a bit better.

Hurd: I think that’s the goal too, I’m glad to hear that. The more and more I listen to music and write it, the more I appreciate a good catchy song [laughs]. A lot of catchy songs are not 10-15 minutes. I like songs you want to play over and over again. Maybe it’s only 3-4 minutes but you want to hear it again and again, and it gets stuck in your head. I have an appreciation for that. But that being said, I think it’ll be interesting in the future to experiment with some longer songs. Maybe not in a funeral doom type of format, but carrying the sound we are doing now into a longer format could be interesting.

Dead Rhetoric: That said, where would you like to see Hinayana go, musically, in the future?

Hurd: I would like to have the band move more towards more dynamic song writing, more complexity, and more diversity between songs. I want to expand upon what we are already doing. I want to do more with the stuff that’s already there. For example, we did collaborations on the EP. I want to do more of them. I want to have other musicians working on future releases, and take the material to places that will be surprising to us, personally. Kind of like how Nature’s parts were when we first heard them. I have an appreciation for that stuff now, and my mind is more open to that. I wouldn’t say that we want to get proggy, but a more progressive approach could be great for us.

Dead Rhetoric: Do you have any dream collaborations then?

Hurd: At some point I’d love to work with Tuomas [Saukkonen] of Wolfheart. Something with his vocals. A real dream collaboration of mine would be the vocalist of Amorphis [Tomi Joutsen]. They are one of my favorite bands and I think it’s be an amazing collaboration. One of my drummer’s favorite bands is Eluveitie, and they have some amazing musicians, so any collaboration with their members would be a dream for us.

Dead Rhetoric: I think I found you guys on Bandcamp, back when it was still just you. Do you think that was an important avenue for Hinayana as you started, in order to get people to see you?

Hurd: Absolutely yes. I would say that Bandcamp was super important for me, even just in moving forward with the band. When I made the demo, I didn’t really know there was this bigger community on Bandcamp. I knew some people had it so I threw it up there. I saw people purchasing the demo, and they were writing little positive reviews about it. It was super cool to see all those little badges showing up and the support. People ended up reaching out and wanted physical copies. It was really cool and important for us to get the band going. Other stuff, like YouTube, it just gets buried. I didn’t use Spotify for a while, so it took a bit to get our music on there. So I’d say Bandcamp was super important.

Dead Rhetoric: Any hobbies keep you busy during quarantine?

Hurd: As far as new hobbies, I don’t know but I revisited old hobbies that I had left sitting on the shelf. I used to be into art and things like that. I have a whole kit here that I’m revisiting now and doing some drawing. I have been looking into getting a new camera as I’ve been interested in that again. I had been into it for quite a while. I usually do photography when traveling and I haven’t done that in a while. Maybe now it’s time to pick that back up.

Dead Rhetoric: What’s going on with Hinayana from this point forward?

Hurd: We are going to be looking into doing some content, online mostly. Things to fill out the rest of the year, and we are crossing our fingers in 2021. I don’t see it happening until then. The rest of the year is out for that. But as soon as we can hit the road – otherwise we are putting together ideas for stuff we can fill out the year with. We might do some live streaming, so maybe keep an eye out for that. 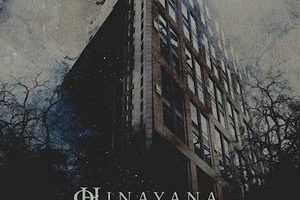 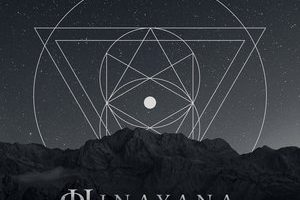