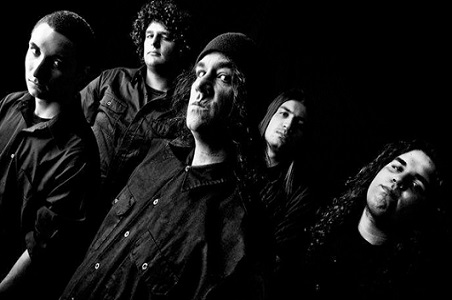 A setup indicative of how full-circle and generation-spanning thrash has become, Hatriot feature one Steve “Zetro” Souza (ex-Exodus, Legacy) in its ranks, along with his two sons, Cody and Nick. Such an alignment wouldn’t be possible without the longevity factor involved with the elder Souza, who fronted Exodus during their most commercially successful years, as well as their most laborious and disappointing (see: 1992’s Force of Habit). And in spite of his sudden second go-round split with Exodus in 2004, Zetro’s name still has some draw, the combination of name recognition and his instantly-identifiable voice.

The purpose of our conversation with Souza is the band’s new Dawn of the New Centurion album, which for all intents and purposes, is a major step up from the band’s 2013 debut, Heroes of Origin. Souza holds court like usual with his trademark Bon Scott-shuttled-through-razors delivery, yet it is the album’s ability to bound past the general confines of thrash that makes it a worthy listen. However, not chatting about the demise of early 90’s Exodus and Souza’s thoughts on the scene would be a crime, so asked away we did. Here’s how the rather comical (and personable) frontman responded:

Dead Rhetoric: You have name recognition from your previous bands, but, launching Hatriot, has it been easier or harder than you thought it would be?

Steve “Zetro” Souza: I know it’s not easy. I knew going into it. I knew putting it together from the get-go wouldn’t be easy – you have to get band members, you have come up with a name, write songs, play shows, all of those things I did 30 years ago. I think that I’m just driven. I love music, I love metal, I love thrash metal, so I want to play [it]. It doesn’t necessarily make my living, I don’t do it because of that. I know it’s a lot of hard work. Last night and the night before, we were in the rehearsal studio, practicing, running over new songs. I’m sure everybody would rather be out partying on a Friday or Saturday night, but it worked out with our schedules with what everyone has going on, we have practice, and I make sure we get it done.

I know it’s hard work. It’s never been easy, and it wasn’t easy back then either. If you put music out, it will come to it. I’ve always been fortunate to work with really great musicians, great guitar players from the get-go, every band and I’ve been in, and this band is no different. The musicianship I have with these young guys – two of them are my sons – I’ve watched them grow as players with every rehearsal or gig, or trip to the airport…everything we do is a lesson. Maybe 25 years ago when I started, I had no clue how it worked. I had no clue with any of that stuff. It’s a better thing now. I’m better-versed in the business, but I don’t think anything is easy. It’s hard.

Dead Rhetoric: With Hatriot, it’s like a labor of love, but as the saying goes, it doesn’t feel like work if you enjoy what you’re doing.

Souza: I don’t do it because I want everyone to think I’m a rock star. I could care less. I’m going to be 50 in a couple of months; I’ve doing this for 30 years. I’ve done records with five different bands – two of them who are legendary. I have nothing left to prove, only to myself. I like playing good music, and if you guys think it’s good and are still listening, then I’ll keep playing. That’s the way I’m looking at it. I don’t have a boat or a Harley. I’m not in a gang and I don’t go fishing. I make music. I’m always working on my craft and what I can do. It’s what I like. I do it for the love, believe me.

If I was 16-years old and if you would have told me that when you’re 49 years-old years old you’re going to considered this thrash innovator from a sound, you’re going to have quite a history in music, I’d say get the fuck out of here. I’ve achieved more than I ever thought. I don’t feel like I’m satisfied, or need to satisfy myself necessarily. I just love it. I love to do it. I love to make brutal, heavy songs that are just killer. That’s why I do it. I don’t do it for the money – obviously. I’m never on Facebook, I’m very low-key. I’ll do an interview and will take to anybody, but it’s all about the music. It’s what I love and what I want to do.

Dead Rhetoric: You’re one of the few thrash singers whose voice has been able to withstand the test of time. There’s no dip in quality from a vocal perspective. What do you do to keep it in such a condition?

Souza: I think it’s just I’m more healthy. I exercise every day, whereas 20 years ago it was, “Let’s do a line and smoke weed” every day. [laughs] I’m not like that anymore; it’s a different mentality. When I go on the stage, I’m never under the influence of anything. I don’t do anything anymore, except smoke weed – I live in California. [laughs]  I like to go onstage and do good, and I think I keep topping myself. I know my voice has limitations, but I’ve been doing this for so long that I work on it, and I keep working on it. Getting that [makes thrash vocal snarl] – I work on that. It’s not something I have to turn on; it’s on all the time now. I think it’s something when I go to sing, that anything less I’ve done in the past. Thirty years later, I still have to keep bringing it.

Dead Rhetoric: A quote jumped out at me in regard to the new album: “Heroes of Origin was like our Kill ‘Em All. Dawn of the New Centurion is our Ride the Lightning.” What did you mean by that?

Souza: Kill ‘Em All was so brutal and very raw. I think Ride the Lightning showed a lot more dynamics, although it’s still lethal and heavy. In fact, Ride the Lightning is my favorite Metallica record. Although there are songs on Kill ‘Em All that are heavier – “Whiplash,” “Phantom Lord,” fuck, those are heavy songs. Kill ‘Em All was very like a fist to your nose. After Heroes was over, [makes sigh], you have to let your breath out. And Dawn of the New Centurion is heavy, but shows a lot more dynamics and a lot more musicianship. I think the songs are a little bit longer, and as a band we’re growing and getting more comfortable with doing different things. Dawn shows that like Ride the Lightning, it’s the next progression.

Dead Rhetoric: In line with trying new things, the song “The Fear Within” is probably the best example of that.

Souza: It’s actually the first song I wrote with Kosta (V, guitars). It didn’t fit the first album, but was on the original Hatriot demo. It is a great song, and that was a test for me. I know it has a cool soft part, so I was like, “What am I going to do here?” It was different on the demo and I liked what I did, but here, I like it much better. It’s more subtle. It’s scary to do that stuff. People will go “Hey, you’re Zetro – we don’t want to hear the pretty side of your voice!” Doing this for so long, are you going to reinvent yourself and sing country now? To try that, it was like I had to make sure it was the right thing to do. It wasn’t too much, but wasn’t so subtle either. I had my fingers crossed, believe me.

Dead Rhetoric: This is the second album for two of your boys. For Nick (drums) and Cody (bass), what type of things did you see in their development?

Souza: They knew where the road was, if that makes any sense. They didn’t have to be, “Okay, you’re going to play it 35 times. That’s just how it is!” I don’t think anybody fathomed how deep the studio is. I sing every one of those songs at least 16 times with different voices and ideas. That’s monotony, and to get kids, especially the younger ones who want it “Now, now now!” You have to teach them and they’ve done really well, even the two that aren’t mine. They know patience and we’ll put out good stuff. They went in there – and they did really well on Heroes – there were certain things they had to learn in the studio, but here, they went in and knocked it out – all ‘em. And I’m really proud of them. 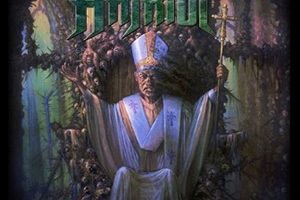 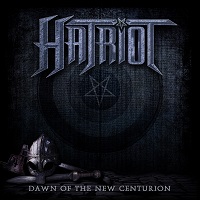 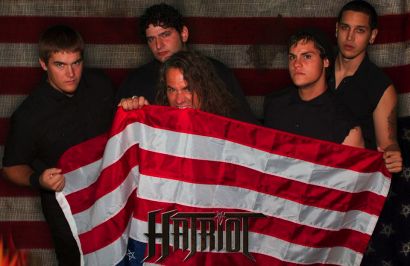