Hate – The Genesis of Flesh 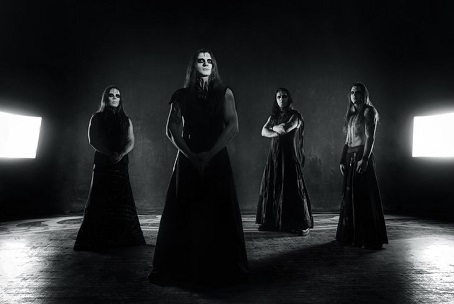 You don’t need a compass to figure out where Hate is going – right up the butt of their countrymen Behemoth. It’s no biggie, though, for the Poles possess the same blackened wingspan as Nergal and crew, just without some of the pulpit-destroying ferocity (and tabloid fodder). The attack and focus on the band’s new Solarflesh (Napalm Records) is commendable, though, with a vast assortment of rangy, militaristic missives that effectively blur the line between death and black metal. It’s much along the lines of 2010’s underrated Erebos, albeit with more maturity, which makes sense – main cog ATF Sinner has been guiding the band since 1990. We’re talking pre-Vader explosion years there.

We caught up with the frontman to wax on the new album, their touring plans, and how they feel about sharing the same name with about 800 other bands named “Hate.” Dive in…

(Note: This interview was conducted a month prior to the passing of bassist Mortifier.)

Dead Rhetoric: Erebos is a tough act to follow. Going into the songwriting for Solarflesh, what was the band’s mindset?

ATF Sinner: This time we didn’t want to follow a routine; we wanted to refresh our sound, renew the formula. So we decided on Sound Division Studio in Warsaw, which does not have a big portfolio but has a great potential. We were working with Filip “Heinrich” Hałucha and also partly with Arek “Malta” Malczewski who both approached the production with many fresh ideas. We spent well over a month at Sound Division and then continued with Wieslawski brothers at Hertz Studio in Bialystok for mixing and mastering.

Musically, the album is a continuation of our artistic path, but we have added some new elements to it to make our style more elaborate. It is probably our most diverse album up to date. It has a very “dense” atmosphere with lots of samples and additional vocals in the background. You can hear things like choirs, female vocals, traditional instruments etc. When it comes to content Solarflesh is inspired by dark aspect of nature – something universal which doesn’t belong to any religion or philosophy exclusively. It is represented in almost every tradition. It’s not a concept album in strict sense but it has some main motives that appear in most songs – enslavement, suicide, illumination etc.

The songs hold a rather negative, apocalyptic message. There is a notion that man is nothing but enslaved scum – enslaved in every meaning of the word. Nobody is really free in their decisions. You are slaves to the system you grow up in, your viewpoint, your religion, false convictions, other people who think for you, make decisions for you, etc. In today’s world, we like to think that we are free and we have full control over our lives. It’s nothing but illusion.

Dead Rhetoric: In regard to Erebos, the album certainly opened a lot of doors for the band, especially in the touring department. Did any of this live energy/experience translate into the studio for the new album?

ATF Sinner: Yes, I believe so. It’s the energy and inspiration you can get while touring. But it is also the essence of our personal experiences over the last few years. Returning home after the American tour with Mayhem in December last year each of us went through some ordeal in our private lives. When you are out touring for nearly 200 days a year, you sacrifice a lot in your private life. There are always victims in such situation; there must be. It was a hard time for each of us. Such circumstances must have an influence on you and what you create.

Also being on tour for a long time changes a lot in your head. At one point you realize that what is important to you is not understood by ordinary people. You find it hard to communicate with others, so you shut yourself inside and don’t talk to anybody. You only concentrate on the work and its meaning and it lasts for months. In such an atmosphere (and spirit) we were working on songs for Solarflesh. That is why this album is just one fanatic, haunted scream coming directly from ourselves, our experience and how we perceive the world around us. It is definitely our darkest material. Moreover, I believe it contains some of the best tracks we have ever written.

Dead Rhetoric: The production is especially searing and it helps you in the brutality department. Do you subscribe to certain bands’ mindset that the more natural and raw the production, the better?

ATF Sinner: Yes, we were looking for a really raw and organic sound that would match the wilderness of my lyrics. The album seems to be under-produced, but that’s the way we wanted it to be. There are too many ideal productions nowadays that sound really artificial and empty. After a few listens you don’t find anything special in them anymore. Solarflesh is different. You can hear how many elements are there hidden in the music and all those small imperfections too. The songs actually sound the way we play them in a rehearsal room. We wanted to draw the listener deep into the atmosphere of the album.

Dead Rhetoric: For the album cover, you’ve made fantastic use of imagery. What’s the cover supposed to represent?

ATF Sinner: It shows a ritual suicide; one that is committed with ultimate dedication to an idea – fanaticism and self-destruction. It relates to the condition of human kind. The cover art is meaningful and holds more symbols that you can see at the first sight. We still collaborate with Daniel Rusilowicz (graphic designer and occultist) with whom I talk a lot about the music, inspirations, the message we want to get across etc. Daniel listened to my tracks as a demo as early as in March 2012.  He clearly understood that this album would be something much darker and more serious than anything we had done before.

It was his suggestion that there should be a suicide act on the front cover and that idea seemed to match the whole concept well. We took pictures of a thin and tall female model. She is stabbing herself below the ribs on her left side. Her right hand is showing the “savior gesture”. Above her head you can see the sun eclipse which symbolizes violent change and downfall. It also shows the ultimate dedication to an idea or god. The whole layout is carefully designed with all symbols having their magical meanings.

Dead Rhetoric: Surely many people don’t realize you’ve been an active band since 1990. So, what do you remember most about your demo days in the early 90’s?

ATF Sinner: When I started Hate in 1990 as a teenager, we were very lucky to perform on the same stages with other Polish bands that were widely recognized at that time, such as Imperator, Pandemonium and Vader. I still remember some shows and especially wild parties after them. We got along well with those bands and it was like meeting fanatical metalheads similar to us but more experienced. They were truly masters of metal in Poland at that time and we learned from them. At that time nobody heard of Behemoth who started to become known 5 or 6 years later as pure black metal band.

Dead Rhetoric: What was the Polish death metal scene like back then?

ATF Sinner: Well, it there were many bands appearing at that time, many magazines, small festivals etc. It was a kind of craze. I remember the scene was very lively and dominated by death metal bands. Poland was still in the aftermath of communist regime, so called “Iron Curtain,” so it was real hard for Polish bands to get signed to western labels. Vader was the first band to release their album thru English label Earache and made their name internationally. That inspired other bands to follow their footsteps.

Dead Rhetoric: When you were young, was it hard to get a hold of metal music? Is it easier now?

ATF Sinner: It remember it was always easy because I was growing up in a kind of “metal environment.” My older friends were metalheads and they were getting records from their uncle in Sweden who was fond of metal music too.

Dead Rhetoric: I did a random search for bands with the name “Hate” and it netted 11 other metal bands. Do you care at this point?

ATF Sinner: Well, yes, that’s true. It’s a pretty popular name. So, what made you send the questions to me? (laughs). Let me answer this question. You send them to me, because there only one true Hate and everyone knows that.

ATF Sinner: We’re working on a touring schedule for next year right now. I’m sure we will play a regular Euro tour in spring with Hypocrisy, and also a few festivals like Inferno Fest in Oslo, Extreme Fest, Summer Breeze etc. We’re getting some offers right now. It will be announced soon on our websites. We will certainly come back to North America as well. 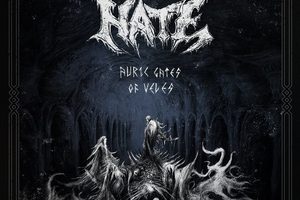 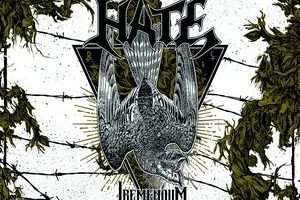 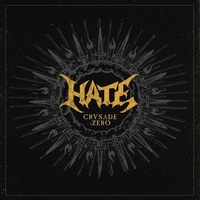 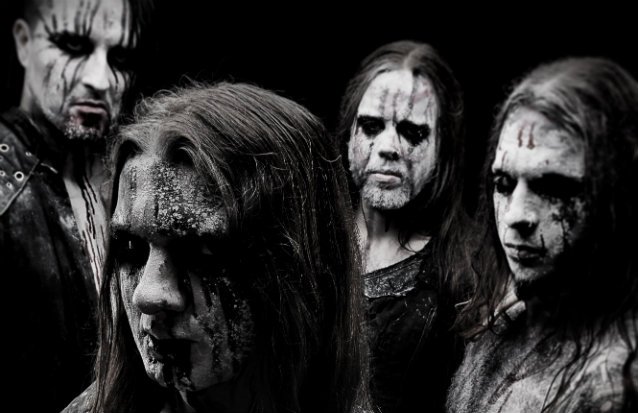