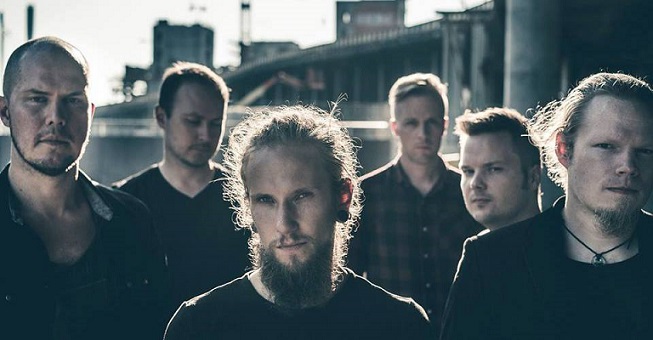 Two years removed from their undisputed “departure” album, Blackout Whiteout, melancholic Finnish metallers Hanging Garden are now fully on a path that will take them away from their early doom rumblings. Said album certainly threw a wrench into Hanging Garden’s sound and career, for that matter, with the band facing up to the fact that they’ll never be full-time, so experimentation will be the norm. And sure, their first few efforts (2013’s At Every Door in particular) are stalwart, but here in the now, gradual sonic tinkering (see: industrial elements, female vocals, unconventional song arrangements) will be Hanging Garden’s approach.

The proof is in their effort, I Am Become, which gracefully performs a balancing act between the many sides of Hanging Garden’s sound. There are many standouts to be culled from the album (“As Above, So Below,” “Our Dark Design” and “Ennen”), but moreover, it’s indicative of a band not willing to stand pat. With this on our mind, we sent over some Q’s for guitarist Jussi Hämäläinen and vocalist Toni Toivonen to answer. Here’s how they responded:

Dead Rhetoric: You tried some new things on Blackout Whiteout. Through these new avenues, what did you learn about the band?

Jussi Hämäläinen: Well, for one thing, we noticed we can get away with anything, and I mean this in a good way! No matter how unorthodox or unconventional the demo version is (regarding the genre we’re in) we can make it sound like Hanging Garden after everyone’s input. And of course, we noticed how great it is to work with guest musicians, to let they make their own interpretations and blend it with our music.

Dead Rhetoric: Was there ever the fear that Hanging Garden could get stuck writing the same album over and over? As in, doing more versions of At Every Door?

Hämäläinen: No, quite the opposite actually! It was more like how far can we go. And as I said, I feel we can make almost anything work.

Dead Rhetoric: In general, was the band simply bored with melodic doom/dark metal?

Hämäläinen: I wouldn’t say bored. But since we’re not a touring band, we try to stay active releasing new music frequently. It wouldn’t be interesting to have the same sound on every release.

Dead Rhetoric: I Am Become has a heavy amount of diversity, but, it still sounds like Hanging Garden. What were you going for while writing the songs?

Toni Toivonen: The lyrics for nearly all of the songs are done in memory of departed people, things or ideas. Death, loss, release and departure are the main themes on the album. The songs are about people who were family of the band members, so the songs hold intense meaning for us.

Dead Rhetoric: Tomi from Amorphis makes a guest appearance on the album. What was it like working with him?

Hämäläinen: Very easy because he’s such a pro. We went to his hometown to record his parts. We basically started from scratch, went through the lyrics sentence by sentence and the whole session took something like one-and-a-half hours.

Dead Rhetoric: After listening to songs like “As Above, So Below,” “Our Dark Design” and “Ennen,” it feels like this album is the darkest you’ve done to date. Would you agree with that sentiment?

Toivonen: It’s very difficult to say at this point… Just after completing the album, the music and songs are too close. So close, that it’s in fact very difficult to make any kind of objective thought or notion about it. I honestly have no idea what to think of the album as an entity right now.

Dead Rhetoric: And how about “Ennen?” To me, it’s one of the most impressive songs you’ve done in recent memory. What’s the story behind it?

Toivonen: The song is made by our bassist Jussi K., the lyrics written by Nino [Hynninen, keyboards], and the vocal arrangements made by me with assistance from my girlfriend Riikka Hatakka, who also sang the female vocals for the songs. The song is written in memory of Nino’s mother, and the title is an anagram of her name. “Ennen” is also a Finnish word and it literally means “Before,” so it’s a kind of a word play. The song is very powerful, and making the vocals to a text written by my closest friend of her deceased mother was a profound experience. I am very glad if the emotion comes through to even a single listener.

Dead Rhetoric: Your debut album Inherit the Eden is now ten years old. What do you remember most from that point in time?

Hämäläinen: Not much since I wasn’t in the band then. But actually, I remember that my other band, The Chant, played a gig with Hanging Garden around that time. Didn’t know I was going to join the band year later.

Dead Rhetoric: Outside of releasing great albums, does the band have any other big goals?

Hämäläinen: Not really! We just try to stay as active as possible and release new music. It would also be nice to gain status so we could do some bigger shows here and there, even with a lesser paycheck. Our lives don’t depend on this so we just try to enjoy it.

Hämäläinen: We have a record release show coming up on December 9th with our friends from The Moth Gatherer, Shape of Despair and Counting Hours. We’re really stoked about this and it’s nice to finally play the new songs live. 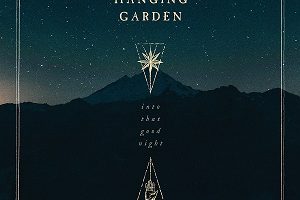 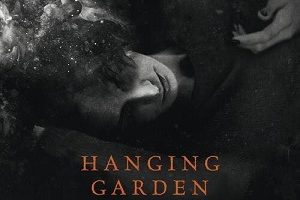 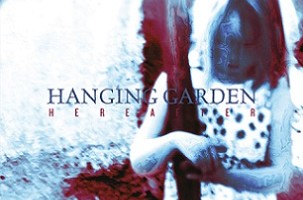