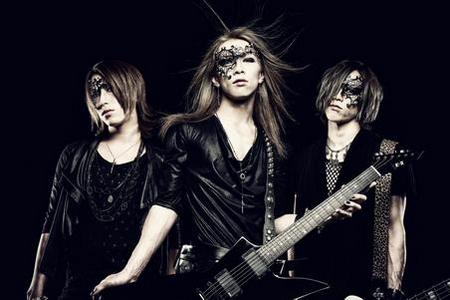 The appeal for melodic death metal lies for most in the expanded possibilities – sonically between harmonics and melodies while still remaining very heavy and aggressive. Japan’s Gyze are another trio who wish to excite the underground legions through their songwriting talent and musical ability. There are many layers to their music and obvious affinity for the neo-classical and power genres beyond their melodic death metal template.

Black Bride is their second studio album – once again gaining the assistance of members from Italy’s Disarmonia Mundi in terms of mixing, mastering, and vocal support. Feeling the need to learn more about this Far Eastern band, I reached out to vocalist/guitarist/ keyboardist Ryoji, who despite the second language challenges handled my line of questions very well. Plus, how can you go wrong with a band who offers to sell fishing lures as part of the merchandising? In this chat you’ll learn more about the burgeoning Japanese melodic death metal movement, what Kyoji loves so much about Disarmonia Mundi (a Dead Rhetoric staff favorite for sure), and the art of fishing among other things.

Dead Rhetoric: The band started in 2009 as Suicide Heaven and released two demos before changing your name to Gyze in 2011. What prompted the change in names, and was your melodic death metal style different under the old name?

Ryoji: Yes, our style of music hasn’t changed with the name change. Some of the songs we wrote when we were Suicide Heaven were on Gyze’s first album Fascinating Violence and even on the second album, Black Bride. So it is correct to say that we’ve been doing the same melodic death metal (style) from the start.

Dead Rhetoric: Fascinating Violence as the first Gyze album was a strong first offering – featuring guest vocals from Disarmonia Mundi’s Claudio Ravinale on nine of the 11 tracks. How did this come to be, as I understand they are one of your favorite bands?

Ryoji: First of all, we asked Disarmonia Mundi’s Ettore Rigotti to co-produce one song with me and master it. Then Ettore recommended Claudio Ravinale to sing on the album. I didn’t know Claudio personally but myself being a big fan of Disarmonio Mundi knew him really well (laughs).

Dead Rhetoric: Black Bride is the new album – where do you see the major differences between this record and your first one? How do you believe the recording sessions went – were there any surprises or struggles that came up?

The recording sessions were probably very similar for both albums. I have my own recording studio so the recording is done there, the mixing and mastering is done by Etorre Rigotti, so basically everything (is) the same.

Working with Ettore is done by sending files back and forth. I send him everything that we record and he works on the mastering and mixing then sends it back. For the first album, after the mixing and mastering was done, I visited Ettore at his Metal House studio in Turin, Italy.

Dead Rhetoric: You decided to have another Disarmonia Mundi member Ettore Rigotti do guest vocals on “Honesty” from the new album Black Bride. Do you know as you are working on material where the right spot is for a guest appearance, or is it more of a collaboration based on what the singer would like to do?

Ryoji: In our band, we have no one to sing clean vocals. Whenever I write songs, I always imagine Ettore’s voice in my head. That’s how it was from the first album.

Dead Rhetoric: What attracted you so much to Ettore? What is it about his voice that you want to write with his vocals on your mind?

Ryoji: Well, I love his music. I love the way he mixes and masters. His guitar sounds really move me. His music feels like summertime. It’s a strange way to explain it but although its death metal, it’s really sensible and fashionable. That really reaches out to me.

Dead Rhetoric: Who came up with the cover art for the new record – because it definitely differs from the more cyber/industrial feel of the first record? Is it a collaboration between the band and the artist as far as the final product?

Ryoji: The artwork of Black Bride was created by the same artist as the first album. It was done by Machine Room Design in England. We just tell him the basic image we have in mind and he goes about with his professionalism and gives us the finished artwork. On the Black Bride artwork, the Reaper looking image in the middle defines the black bride image.

Dead Rhetoric: Considering all of the harmonic elements at play and the fact that you are a three-piece in the studio, how do you pull things off successfully in a live setting? Would you consider adding a second guitarist in that situation down the line for thicker guitar harmonies, or do you prefer using backing tracks?

Ryoji: Yes, we are a three-piece in the studio but all the guitars, the backing of the lead, the side, everything is layered until it is perfect. Although we are a three-piece in the studio and our live shows, we do use our computers for the backing tracks – it is re-amped so that it sounds like 2 guitars and we use synths for adding sounds and thickness.

We are always open to the idea of adding a second guitarist if we ever find that right person but we haven’t met this person as of yet. In the past we did have support members but to have another member in the band, we would have to get along with the person and be on the same page musically as well as in everything. If we ever meet anyone like this, of course we will welcome him as a new member. This can be said for a keyboardist as well. Since I write the music and play all the guitars as well as the keyboards, for the time being we’re pretty satisfied with our current situation.

Dead Rhetoric: Since you are singing in English and it is not your primary language, do you seek out additional support/resources to make sure everything makes sense? What types of topics do you like to cover lyrically within the band?

Ryoji: I write all the English lyrics myself and have Coroner Records proofread them so they make sense.

Since I’m not really good with the English language, I know there are things I can’t really relay as well as I want to, but the topics differ with each song.

Dead Rhetoric: How popular of a genre is melodic death metal in Japan? I would imagine acts like In Flames and Children of Bodom are very well received, what have been some of your favorite concerts that you’ve seen in your home country from the melodic death metal field?

Ryoji: The main and most popular melodic death metal bands in Japan are still Arch Enemy, Children of Bodom, In Flames, Soilwork and Disarmonia Mundi but there are many wonderful melodic death metal bands in Japan as well. I really liked Blood Stained Child which of course Ettore produced and a band called Serpent. Serpent was a great band but only was known here in this country. Foreign bands are still strong in Japan but that’s why I want Gyze to make a breakthrough and be known globally as well as in Japan.

I think Serpent’s final show was one of my favorite shows. But very regretfully they disbanded after that. I also enjoyed Arch Enemy’s concert because (of) the quality of the show and the production.

Dead Rhetoric: Tell us about your performance at the prestigious Wacken Open Air festival in Germany in 2012. Was it everything you expected and more? How was the response to Gyze’s set, and did you get the chance to meet any bands/musicians you wanted to at the festival?

Ryoji: To be correct, we performed in the contest to be able to perform at the Wacken Open Air and were able to go up to the finals. To be honest, I didn’t think we did our best performance that day. It was frustrating but at the same time it really motivated us so all in all it was a positive thing. More than anything, it became a show that made me want to perform better so it was a learning curve for me personally.

Dead Rhetoric: How much personal practice do you put into your instrumental skills? And where do you stand on technique versus feel when it comes to the melodic death metal style?

Ryoji: I used to practice all day, whenever I had time but these days I practice hard before rehearsing for shows. I lay importance on writing good songs so (much) more than personal practice, I try to write better. In regards to technique versus feel, I think feeling has greater importance. Of course technique is really important in heavy metal but making a good song with feel is what makes a song better.

Dead Rhetoric: What are some hobbies or activities that you enjoy when you have the free time to do them outside of music?

Dead Rhetoric: What concerns you most about the world that we live in: either on a political, social, or environmental basis?

Ryoji: I think for Japan, Tokyo is too densely populated. There are earthquakes in Japan so that is a problem as well. I’m from Hokkaido which is like Scandinavian countries with the beautiful landscape and cooler weather. I want to be able to introduce the beauty of the north to everyone. In regards to politics, whatever I say would sound superficial so I’ll refrain from saying anything at this point.

I live in Tokyo right now but I have my home/studio in Hokkaido so when I write songs I go there. Since I’ve been writing a lot I’ve been spending a lot of time in Hokkaido these days.

Dead Rhetoric: Name 5 bands and/or albums that you could not live without?

Ryoji: Kiss – Love Gun, Serpent – God, Children of Bodom – Follow The Reaper, wow this is hard…Disarmonia Mundi – Mind Tricks and the last one would be, Gyze’s first album Fascinating Violence.

Dead Rhetoric: What do the next 12 months look like for Gyze in terms of shows, festival appearances, tours? Are there plans for an official video from the record?

Ryoji: We’ll be touring with Dragonforce in Taiwan then in Japan we’ll be doing tours with Galerynus, Sex Machine Guns and Gargoyle (Japanese heavy metal bands). I don’t know if this can be publicized yet but we will be opening for Loud Park 2015 (the largest metal festival) in October. The announcement hasn’t been made yet so…

In regards to the new music video, we just shot a video in Hokkaido for the song “Julius” from the Black Bride album. It should be announced soon. We still don’t have any offers to tour Europe yet but we would love to do shows in Europe! Please have us there. We’re a Japanese band that does melodic death metal. With the Internet, we’d like people all over the world to know that there are a lot of cool metal bands in Japan too. Please also check Gyze out on YouTube and our website and you will not be disappointed! 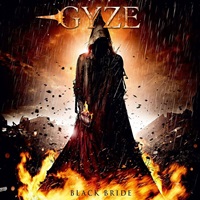 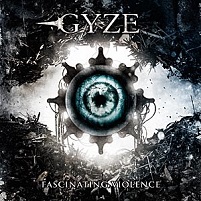 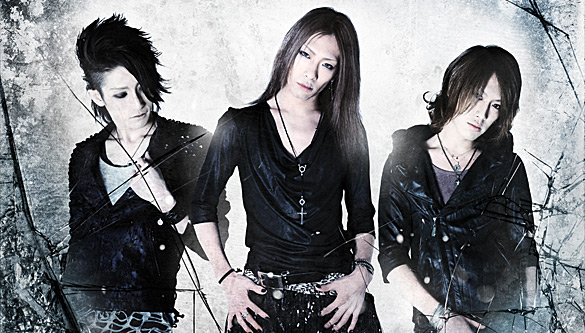