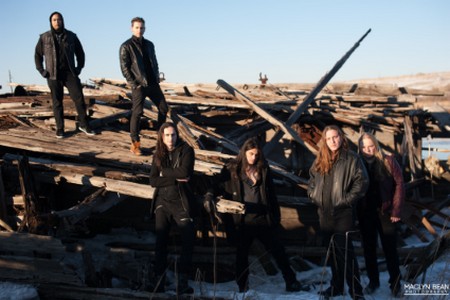 Dead Rhetoric: So you have the ‘name your price’ download. How does that work out for you?

Pinkster: Yeah, we’ve had some people pay for our downloads.

Meyerson: We all have other jobs. It’s not about the money, it’s about being able to still do this. Even if in a couple of years, if one person picks up the album it did what it was supposed to do.

Pinkster: Like I said, I’m just shocked that people actually care enough to visit our Bandcamp and download the album. Even if they don’t pay anything. They want to have it on their mp3 player to listen to in their spare time. Five years ago we never thought anyone would care. And now they do care and it’s an awesome feeling.

Dead Rhetoric: So now that the album is out, do you feel that the creative gears working a little harder so that you are more prone to start writing material?

Chuzhik: That’s for damn sure. We have upwards of about 20 different riffs that we are working out right now and different themes that we are experimenting with and seeing how it meshes together. It’s only the stuff we wrote before the album was even released. That was back on the old hard drive. I talk about hard drives a lot because that’s what really messed up our recordings for three years. We recorded it twice, and we had to re-record it again because it crashed. The blue-screen of death. It goes back to what you were saying about being an independent band. It means that we don’t have the luxury of going down to the studio and paying for the rates because of the situations we were in. So we did everything DIY. Doing it that way, we’ve had a lot of ideas that got erased.

Khutortsov: Some things that weren’t practical. We needed more money to achieve certain things we needed. But maybe the second time around…

Chuzhik: I think we can really do it this time around. We can progress on the sound that we’ve started to really build up for ourselves in the past 3 years and be able to incorporate all those ideas and pick out the ones that best convey the emotion and the heaviness of what we are trying to portray to the audience. It’s a hard selective process for us, but I think eventually we will get it down to a science. Hopefully it will satisfy not only us, but people that listen to us and received the first album well.

Meyerson: I think we are just excited about what we are doing next. We always have a collection of ideas going and that’s the thing – it’s continuously working on something and getting it out there.

Dead Rhetoric: Would you want to stay the independent route? There’s always that dream situation that you could be on a label…

Meyerson: We want to keep it authentic as possible but still be able to do what we are doing. It’s more about would we prefer to stay independent, would we prefer to get on a label? Whatever allows us to continue our art and to get it to people, what will be will be. Whichever direction we end up going, as long as we can keep doing this….

Chuzhik: To rephrase the question, does it mean ‘do we want to sell out?’

Dead Rhetoric: Oh no, not at all. I think the way the industry is now, there’s just as many bands that can be successful without a label behind them.

Chuzhik: Exactly. I think a lot of it has to do with, as soon as a label approaches people, and I’ve heard this from a lot of sources – they want to try to influence your sound. They say, “You want to maybe use your vocals this way because another band has been successful?” Or “do you want to use your guitars differently or downtune them?” – things on a technical level. One of the things we want to is keep it authentic. The answer to the question, “do we want to sell out?” We will never really want to sell out, as long as there’s someone out there who wants to help us produce our sound and spread it further – that’s great, we will definitely accept that offer. We don’t want to change ourselves, we want to be as authentic as possible as to who we are and what we enjoy.

Meyerson: I think a lot of it has to do with the message as well. We want the feelings to come freely. We don’t want to write things that people necessarily think, this is going to be popular. We want the ideas to be uncontrolled, to flow and come out naturally, and to be a reflection of what’s going on in the world, as opposed to a formula that has already worked.

Dead Rhetoric: So what’s next for Fin’Amor?

Chuzhik: We are doing touring. We are trying to do as many out of state shows as possible, because we have achieved what we wanted in the local scene. We want to be able to go out of the state as much as possible, and try to get out as much as possible. Do things that we haven’t done before. Maybe even do things that we were too afraid to do before because we thought we were too local. We want to get out there as much as possible and obviously, the next album is already on the horizon. Nodor and I work closely together with the music, and we push ourselves to the limit. Nodor comes from a very heavy electro/industrial background and I come from a black/doom/whatever metal background so we try to mix those genres together and push them to the limit. I think that we have a good background for everyone to hear something of a mix, or something that hasn’t been done before. Or if it has been done, at least our interpretation of how we think it should sound. We really want to push it on the second album, and albums after that.

Meyerson: I think our eventual hope is to be able to self-sustain. A lot of us struggle to find the balance in our personal/professional lives and our true passion. I think a lot of what we want to be able to do is to is find a balance that tips further towards our passions as opposed to our professions, and hopefully the more that we do with this album, hopefully we can be self-sustaining enough that we can focus solely on this band and what we are trying to accomplish as opposed to trying to fit it into our lives. 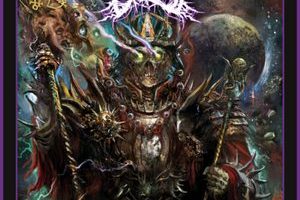 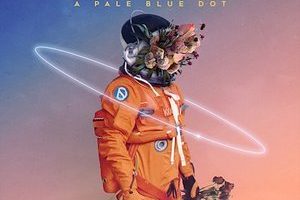 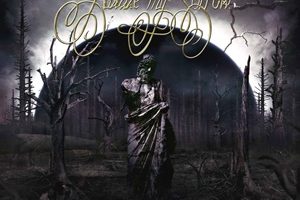 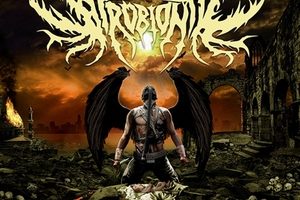 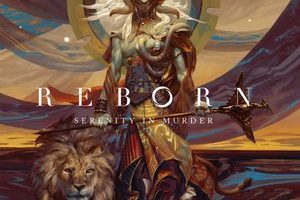