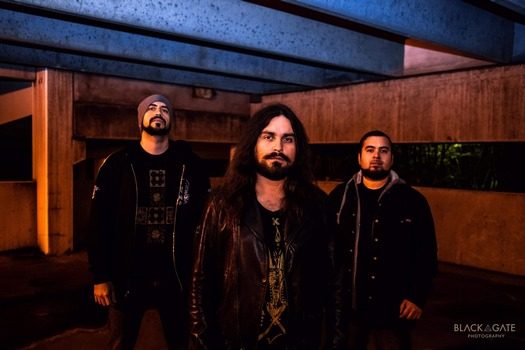 Certainly one of the US underground’s more unique acts in the modern metal scene (and underrated ones as well), Fall have been paving the way with several releases over the past decade, notably their 2016 full-length The Insatiable Weakness, a 2012 EP, and of course, The Dreamer of Tragedy, released at the tail-end of 2018. Over the course of this journey, the band has transformed from a purely melodic death metal act into something more. The Dreamer of Tragedy definitely has elements of that particular style, but the emphasis on atmosphere and introspection and their more unique use gives Fall ample room in their continued growth and evolution as a band. Guitarist/vocalist Jessie Santos took a few minutes to give us some further information about the new EP, where the band has been going (and what helps them stand out), and some of his favorite releases of 2018.

Dead Rhetoric: How do you feel that Fall has developed since 2016’s The Insatiable Weakness?

Jessie Santos: Fall has developed into what feels more like a collective rather than a project that I wrote everything for. We each have our own contribution and pull into what is done in the band. Whether that be in the music or the decisions we make that apply to the band is a team-effort now and I’m happy for that.

Dead Rhetoric: The only session member this time around was for keyboards. How has that impacted the way that Fall writes at this point?

Santos: We needed to be much more prepared with what we were writing. The keys – we made sure we had everything already written and knew where and what the keys would be. We pre-pro’d the keys prior to sending the songs to Alan (session keys) and he improved on that. He’s an immensely talented pianist and his contribution to the overall sound of the songs really shines.

Dead Rhetoric: What elements of Fall helps the band to stand out when compared to other modern acts?

Santos: I, myself, am trying to figure that out as well. What I do find unique with Fall is that we don’t have to stick to one particular ‘sound’ or ‘style’ and I think that gives us an advantage to explore and dig deeper into what’s not conventional for a metal band. I think as long as we make music it will always have that sound of Fall. Regardless of how extreme or atmospheric it may be.

Dead Rhetoric: Could you discuss the importance of the dynamics between heavy and melancholy in the band’s sound?

Santos: I see it as a quality to the band’s sound that will never leave as long as I’m actively making music for Fall. The ebbs and flows in the music are a reflection of myself in most cases – I can go from one mood to a polar opposite easily – depends on the stimulus I suppose. I’m working on the clarifying of that with each release, making the dynamic make sense to the listener as well with myself. So yes, it’s incredibly important to me to always include this duality of sound within Fall.

Dead Rhetoric: Could you discuss the cover art of The Dreamer of Tragedy?

Santos: This was something I wanted to stand out from what’s expected of a metal release. I’ve always been a admirer of hand-drawn pieces. When I discovered Andi (the artist) I fell in love with her art instantly. The attention to detail and inherent darkness of the pieces she makes was an instant attractor for me. I follow her on social media and made a small post about doing commissions and I did not hesitate to contact her. We collaborated and exchanged ideas and I was looking for something beautiful, light with a sadness lined all over. The art is actually the first piece of the release that was completed.

Dead Rhetoric: Is there a particular track that is dear to you on the new EP?

Santos: “Longing Spirits” is near and dear to me, it’s a song that tackles my natural curiosity to the supernatural as well as yearning for someone who has long left one’s life. How certain energies attach themselves to places, more particularly homes and places of meaning. I find it extremely difficult to let go – especially when it’s someone close to me or the idea of them becoming something more than what they turned out to be. The feeling of need and want lingers on inside me and becomes to rot if I don’t channel those emotions to something. This song is a product of that.

Dead Rhetoric: In looking back to an interview we did back in 2016, do you feel the band has been more successful in getting out there and playing live?

Santos: Most definitely, we always get a great response when playing live. It’s all about not over-saturating yourself and making sure the shows you put on are special. Whether that be with a special type of set or bringing in artists from different parts of the state – it all helps towards the response and attendance of our live show.

Dead Rhetoric: What are some of the challenges you face as a band in trying to vie for space on sites like Bandcamp?

Santos: Getting recognition on all sites is a challenge for sure. There are so many great artists that it seems daunting to even try and think of way to make yourself stand out and generate a larger audience for the music. What we find is that the more content we create and the more we interact with those who do dig us helps grow our brand of music and with that more listeners will come.

Dead Rhetoric: Considering it’s the end of the year, what were a few of your favorite releases of 2018?

Santos: I’ve been discovering a lot of music that wasn’t released this year that I found myself listening to a lot but here’s some choice cuts that came out of 2018:

Dead Rhetoric: What goals do you have for Fall now that the band is a few years old?

Santos: Keep our catalog of songs growing is important to me, I feel we’re on a roll right now and we see ourselves making as much music as possible. Plans for a darker twin EP is in the works. A music video. More live shows and keeping ourselves relevant in these often overwhelming times.

Dead Rhetoric: What plans do you have for Fall in 2019?

Santos: Not in particular order but these are on the to-do list: a single, a second EP to compliment The Dreamer of Tragedy, a music video and more live shows. 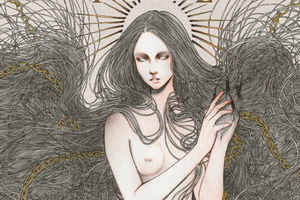 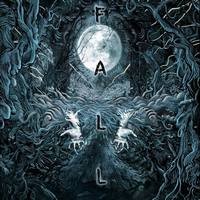