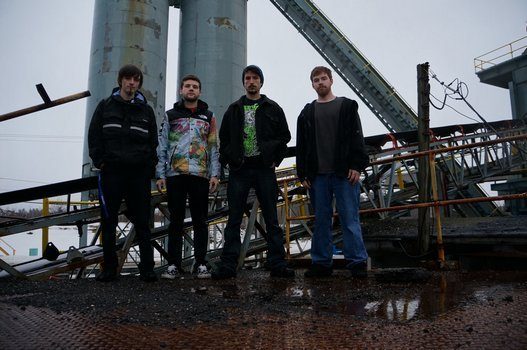 How many bands in heavy metal can say they’ve stayed the course as teenagers a decade later in that same outfit? Of course, there’s Death Angel (who had a drummer starting pre-adolescence), but rare is the day that a current quartet develops their chops in high school and continues forth together in their mid-20’s with the same goals and visions in mind. Such is the case for the New Hampshire band Epicenter – garnering rave reviews and respect across the New England scene (and beyond) for their attack, grooves, chops, and songwriting skills in the thrash arena. Their debut album Grab the Reins from 2014 allowed the band to open for acts like Testament, Overkill, Exmortus and others – setting the stage for the follow up Subversion.

Advancing leaps and bounds while hopefully pushing the envelope so to speak with their thrash platform, much of the material takes on progressive/technical textures as far as shifting tempos, intricate groove changes, and harmonizing/rhythm possibilities that reach into extreme and modern facets. They aren’t afraid to admit that they love Death and Meshuggah, Gojira and Veil of Maya, Animals as Leaders and thousands of others beyond the tried and true thrash artists. Feeling the need to catch up with the band at one of their recent local shows in Greenfield, MA- we had the good fortune to discuss everything from the advancement in songwriting and production between records, how they look at their decade long career, as well as thoughts on lessons learned with all four members of the group: drummer/vocalist Zachary King, guitarists Ryan Burke and Jared Towne, plus bassist Steve Foley.

Dead Rhetoric: The new Epicenter record Subversion came out late last year – what do you consider the major differences between your debut record Grab Your Reins in comparison to this, as it’s been three years since that debut?

Ryan Burke: I think a big (chunk) of it is we’ve been listening to a lot more different styles of music- we’ve just expanded on what interests us and as a consequence what would be fun to do ourselves. Adding that to the stew as it were. Also, just more experience- not being brand new at making a record so we know what works and what didn’t and what we wanted to go from there.

Zachary King: Also part of it to is, some of those tunes on the first record we wrote when we were 16 or 17, there’s a bigger range there. The ones on the new album, we had written in a shorter period of time.

Burke: It ended up being a two to three-year writing period for this record in comparison to that first one. Versus… a bigger one (laughs).

Dead Rhetoric: Having the chance to road test many of these songs before recording them, were there any specific songs that made big transformations from their initial conception to the final outcome on the record?

King: Some of the tracks, we didn’t even have vocal parts for. Some of it was pretty close to the actual recording date.

Burke: There was a bit of in studio writing going on. As far as transforming material, if you take the first track “Transcendence”, it has a lot of movements and pieces to it- and we had even more of a ridiculous way of going from the middle section back into the thrashier bit- but we had other ideas to either condense or smooth things out to make it more cohesive and deliberate. The more comfortable that I personally get with a song, the more I think about a harmony here and there would be cool, or playing it a different way.

Foley: There was a lot of molding in the studio. We had the song written out, we would record it, and then even in a song like “Firepower”, we didn’t plan on having all of that extra percussion until after the song was recorded- we added that in afterwards. Some of it was written in the studio, and the songs that were written ahead of time, we tweaked a little bit.

Burke: Such as “Sheepdog” and “Wolves”.

Foley: We would record it, and then say, ‘let’s add this in, or move that’. They didn’t really get to their final mold until we were done recording.

Towne: We would get the demos from those early recordings, and immediately take it home, listen to it- and decide where we wanted to add things to spice it up a bit so it doesn’t sound so straightforward.

Burke: I don’t think a lot of it came from road testing it per se. I think it just happened whether or not we were playing the songs out, which is weird because you would think the ones that have been in the set longer would change more. We added some guitar solos to “Wolves” that we didn’t use to have.

King: For myself, I feel like once we’ve been playing a tune for at least five or six months, I start to settle in more of a strict way of playing it. The thing I struggle with is since we are always changing as musicians, looking at the recording session as a snapshot in time to being happy with it. A lot of times, even a couple of weeks after being in the studio, I would have played things differently.

Dead Rhetoric: As far as your double duty with the vocals and drumming, can you discuss the challenges on how you work this out- as there is a lot of intricate percussion on this record?

King: As far as the studio goes, we record them separately. There would be so much bleed into the mics, and it wouldn’t make much sense, as you want your best performances for each one. A lot of times, I spent a lot of time on the small sections of the song to make sure that the coordination is there. I guess a good part of it, I said, ‘ok- now I have to figure out how to pull off both the vocals and the drumming live’. Which has worked out so far. 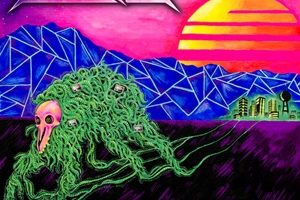 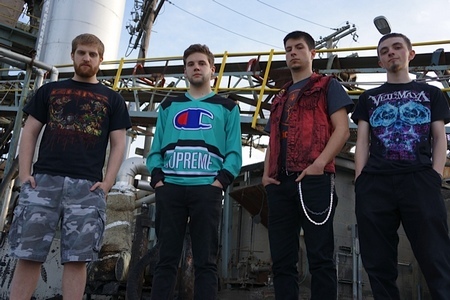 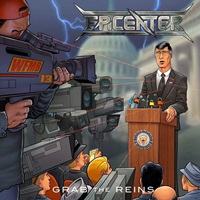