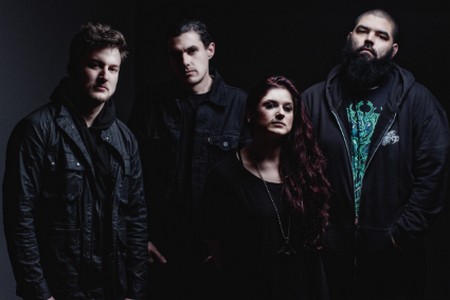 Dead Rhetoric: I saw there was a video shoot going on, how’s it going?

Pugh: We wrapped up yesterday. I think it’s going to turn out pretty cool. There’s a lot of cool elements that are going to be thrown into the video that I haven’t really done before. It’s not a typical “warehouse video” or something like that. There’s a lot of things that will turn out in post [production] that will make it turn out cool. It went smooth though!

Dead Rhetoric: Everyone in the group seems to be pretty heavily involved with the Facebook page – does the interaction help with the buzz of a band?

Pugh: It helps in a way that people want to feel like they are a part of something that they like and enjoy instead of being attacked with merch and ticket sales. We really want to bring people into our world and experience it with us – help them join the party I guess. They can connect with us in a way that you can’t with most bands. If we are sitting there practicing, why not show people that we are out there working to be the best that we can be for them. We all work hard and we can share that with the fans. Part of being a successful band is to be a part of the fans and have a community. Especially in metal, it’s a small community anyway.

Dead Rhetoric: You’ll be heading out on tour with The Contortionist soon – what are you looking forward to?

Pugh: I personally haven’t met them [The Contortionist]. They played live in Nashville last year with Revocation and Fallujah and it was a great show. I heard they are cool dudes, and I’m looking forward to meeting everyone and just having a good time on the road. Usually my main concern on the road is to have a good time in general. It can be taxing, so the best you can do is try not to run into any problems, have a good time, and build friendships. I look forward to the experience – jamming with great musicians. That’s what it is all about for me.

Dead Rhetoric: What’s going to happen with your other projects, like A Loathing Requiem and Inferi, with Entheos now in the forefront?

Pugh: With Inferi, we are going to continue to write music. Mike [Low], the other guitar player, also has another project called Oubliette which he puts a lot of time into. Inferi is just me and him right now, so we just write when we can and keep the ball rolling. I know it’s slow, slower than people would like, but with as many projects as he and I have, it’s just one of those things that we have to take time with, in order to keep the music at the level that we want it to be. With A Loathing Requiem, it’s all me doing everything, so I’m not sure when I’ll get back to that. However, I do have an instrumental project in the works that I can’t really talk about, but I’m hoping to release something with that later this year. Same with Inferi; we are trying to work on a few songs, maybe an EP or something to release soon, just to make sure everyone knows we aren’t forgetting about them.

My main goal as a musician is to stay as busy as possible. I don’t really like to be focused on one project because I feel like you get stale. You don’t learn. I think that’s why I have been involved with so many things – because I want to continually grow and evolve as a player. If you do the same thing over and over, you start to plateau and go into a loop. So that’s a personal goal for me: to always continue to grow and branch out. Entheos is a perfect opportunity for that – very diverse musicians to play with, and the sky is the limit.

Dead Rhetoric: You also run The Artisan Era label, which is basically for putting out your own stuff correct?

Pugh: Mike Low and I own the label. Originally when I started it, the goal was to release my own stuff. But we have branched out a little bit – there are some projects we are going to release that we will be announcing soon. We have Enfold Darkness on the label, and we are working on an album for them later this year. It’s going to be sick. That album – it’s hard to explain what it is. They’ve grown so much as a band and gone through so many trials and tribulations. When it comes out, people are going to have their minds blown. But The Artisan Era is a vessel for Mike and I to release our own music without having to conform to any labels, so we have our own thing and work towards something for ourselves.

Dead Rhetoric: So have you noticed much of a difference in putting everything out yourself versus being on Artery with Entheos?

Pugh: Obviously Mike and I do not have the same status as a label, which is fine with us. It’s just more comforting to know, it will be done the way we want, without compromising. With other labels, you have to deal with budgets and things like that. You are limited in a way, but with other labels you have the means to do more things for your band. The Artisan Era is for us, and with Entheos and Artery, it’s a different thing. It’s small versus not so small [laughs]. But it’s fun to be a part of both worlds, and also being able to take what you learn from being a band on a bigger label than your own, and grow and learn from it with your own business and operate in your own little hobby.

Dead Rhetoric: What’s happening outside of The Contortionist tour as 2016 continues along with Entheos?

Pugh: We are going to be trying to tour as much as we physically can. I don’t know when, but we would like to have some new material out, sooner than maybe people would expect. We’ll see how that goes. Like I said, Navene and I have a lot of material. We have a few songs written already. He plays guitar too – that in itself, having a drummer that plays guitar and is on the same level on both, it’s pretty beneficial, so we can produce everything fast. Plus, there is only four of us, so we can piece it together quicker than larger bands. So we will try to get some new music out there, maybe not this year though. 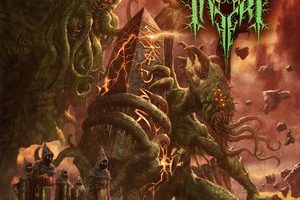 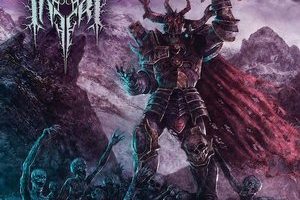 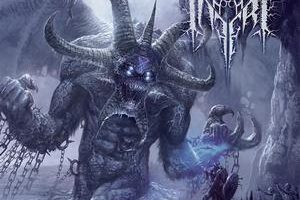