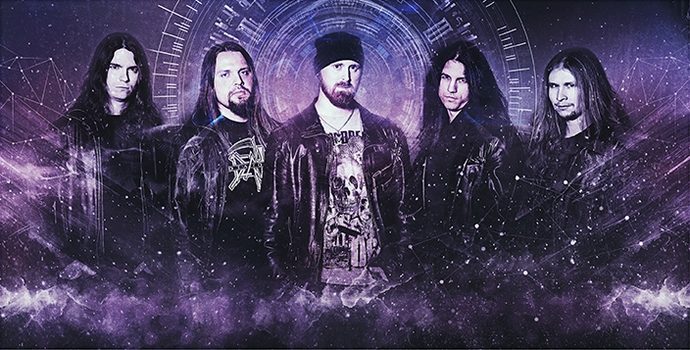 Power metal conveys unification through sterling riffs bristling with melody and harmony, engaging tempos often using speedy fills and double kick emphasis, as well as magnificent vocals that feature lower to upper range melodies. Since 2003 Eagleheart from the Czech Republic aim to push those ideals onto the marketplace – gaining a buzz beyond their home country and also accepting help behind the scenes from renowned guitarist/producer Roland Grapow (Masterplan). Contest wins aided the studio time necessary for their debut album Moment of Life, while the follow-up album Dreamtherapy garnered wider attention through Italian label Scarlet Records.

Which brings us to the third album, Revenge – a dynamically broader effort that allows the natural character and abilities of these musicians to shine. Employing three unique voices in the vocals ensures warmth and depth in the harmonies for “Painting the Shadows by Light”, while the keyboard/guitar symbiosis brought about for “Until Fear Is Gone” may remind many of classic Labyrinth. Providing proof that the genre can be exciting as well as enduring for the current generation, we reached out to guitarist/vocalist Michal Kůs, as we talked about the history of the band, the six-year layoff between records, the challenges of reaching new levels of popularity with tighter financial constraints, and what the future holds.

Dead Rhetoric: What are some of your earliest memories surrounding music growing up? How did you make the transition from being a music fan to heavy metal- and at what point did you eventually pick up the desire to play an instrument and perform in a band?

Michal Kůs: I really had to think about this answer since it has really been a long time ago… Of course, as a little kid I was influenced by music that my parents listened to like Queen, Europe, Deep Purple and other rock/pop bands of the eighties. I remember later being a big fan of Bonnie Tyler but I don’t remember how old I was. Later I liked Roxette, Aerosmith, many bands. And I also had some relationship to classical music since my grandfather played oboe in the Brno Philharmonic Orchestra. But it was not until I was twelve when I discovered Helloween, Dio and Metallica and started to show some real interest in music. I remember I was interested in what the differences between metal and rock (were) and my father gave me an old cassette tape with Keeper Of The Seven Keys Pt. 1 by Helloween on one side and Sacred Heart by Dio on the other one. I felt totally amazed and blown away by it and I used to listen to this cassette for another half a year until I bought my first original cassette of Better Than Raw by Helloween in the spring 1998 and I loved it. Later I discovered Metallica’s Black Album, Kill ‘Em All and Yngwie Malmsteen and then I was damned. Since then I knew playing the guitar and having/writing songs plus having a band was the way I wanted to go.

Dead Rhetoric: Tell us about the formation of Eagleheart in 2003- was it a challenge to find the right musicians to fill out your creative desires? Did you come about your name from the Stratovarius song, and how were those initial rehearsals/ original songs that you developed?

Kůs: It definitely was a big challenge since at the time not many people had the internet and there were not as many shows of metal bands in the Czech Republic like today. I knew that I wanted to start a melodic metal band but I did not even know there is a metal community in my hometown of Brno, so I was just going through rock magazines looking for advertisements. And that’s how I met Tomas with whom I founded the band in 2003. It was the beginning of the year and we still did not have a good sounding name and at that time Elements Pt. 1 by Stratovarius with the “Eagleheart” single was just released, so Tomas came up with the idea to name the band like that. I agreed, though I was aware we could be to be compared to Strato forever but at the time our main ambition was to have a band with a good name and play. We found a local drummer and a bass player and started our first rehearsals that were a bit funny since we really learned to play together. We did a couple covers of Helloween and during the first year I finished our first songs “Life Goes Fast” and “Out of The Time” and was the setlist of our first “shows” in front of people. In 2004 our long-time players Zdeněk Vémola and Jiří Fiala joined the band, and in 2005 Vojta became the singer. Since then we have been a real band and we had enough of our own material to record our first EP Black Sun.

Dead Rhetoric: How do you feel about your recording output to date with the Black Sun EP plus previous albums Moment of Life and Dreamtherapy? What would you consider the highlights of each recording, or thing that you would most like to improve now looking back on things?

Kůs: That’s a difficult question. Of course, looking back at those records you always find something (that needs) to be improved but, especially little details in the mix or in the performance here and there and that happens to me (with) everything when I hear our records, even the new one. So sometimes you just say to yourself that this part could have sounded a bit better or different but on the other hand I know we did our best at the time. Overall I am glad that some songs withstood the test of time but to be honest, I am not listening to our records very often as I spend too much time with the whole production. Black Sun was our very first try, we had no experience at all and we learned a lot for the production of Moment Of Life. Again, that was our first album containing very good songs but also our oldest material I have ever composed. Our fans still like it, it was a great time for the band but I think we were still searching for our sound and from today’s point of view I am not really happy with the production. On Dreamtherapy we worked with Roland Grapow for the first time, so again (this is) a big thing for us, we improved a lot as musicians, the production is very brutal and overall (it is) a very consistent album. We found our way on this one that we are expanding massively on the new record Reverse which I am most happy with regarding all the album aspects.

Dead Rhetoric: Your latest album Reverse finally has hit the streets following a six-year gap between releases. Can you discuss some of the changes and financial struggles that took place – and the successful crowdfunding campaign you used to aid in the production/recording costs?

Kůs: Yeah, there have been a lot of changes during the last six years which had a crucial effect on the delay we had with the whole production. First of all, every member of the band has a full-time job, some of us have loans and families, so our personal situation dramatically changed during those years. That was also one of the reasons for line-up changes since for some former members it was not possible to focus on the band enough. Besides that, the songwriting process took its time and we wanted to enter the studio when we felt ready. Regarding the crowdfunding campaign, it has not been easy for bands to grow without financial resources and even if you have a label, on our level it is still the band paying for the studio, videos etc. And since crowdfunding campaigns have become quite popular we decided to give it a try and offer our fans a chance to pre-order the new album through this way. And it worked great, so again a big thank you to everyone who supported us!

Dead Rhetoric: What do you think Roland Grapow brings to the table with his production work or behind the scenes help to improve the final output for Eagleheart? Which songs on the newest album represented the biggest challenges or transformations in terms of performances or recording?

Kůs: Roland was not actually producing the whole album since we recorded only rhythm guitars and main vocals with him in his studio but he has been a great help again. He is very experienced so he can always lead you in the right direction. Sometimes he comes up with a different harmony or idea how to improve things, even if you have your own vision it’s good to have someone in the studio with a different, fresh approach. Besides that, he is a nice guy and we are friends, we play together in another band now, so it’s fun. I also have to mention Zdeněk Ondráček who mixed the album and did a fantastic job. Regarding the songs and biggest challenges, I would mention maybe “Painting the Shadows”, “All I Am”, and “Palace Of Thoughts” but almost every song has some part which is quite challenging, to be honest.

Dead Rhetoric: Why did Vojta step down from lead vocal duties to concentrate on bass, and how did Roman Sácek come into the picture as the new Eagleheart vocalist? Where do you see the major differences in terms of vocals and melodies now?

Kůs: Well, Vojta actually left the band in 2012 and Roman joined us as the main vocalist. But when a couple of years later our former bass player Jiří Fiala left the band we asked Vojta to replace him. But apart from the bass he also sings a lot on the new album so with Roman and myself we have created a team of three main vocalists. Due to this fact I think our vocals are much more interesting and colorful. We can use more dynamics since everyone has a bit different style of singing and technique. And this has been related to the major differences regarding vocal melodies as well. Although I wrote all the vocal lines again, this time I had two and then even three voices in my mind to write for and so Roman can shine in all those high pitched aggressive (parts) while my voice is a bit more mellow, so I am doing a lot of melodic and soft parts. Vojta is using his harsh voice from Dreamtherapy but also the clean one that he used even before on our previous records. After all I think the vocal lines on the new album somehow feel more melodic to me. 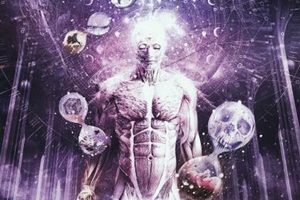